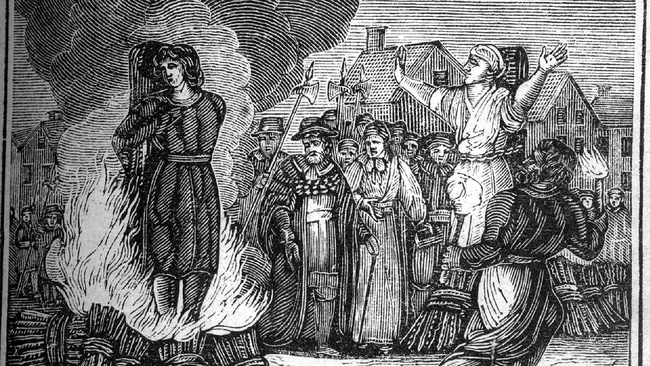 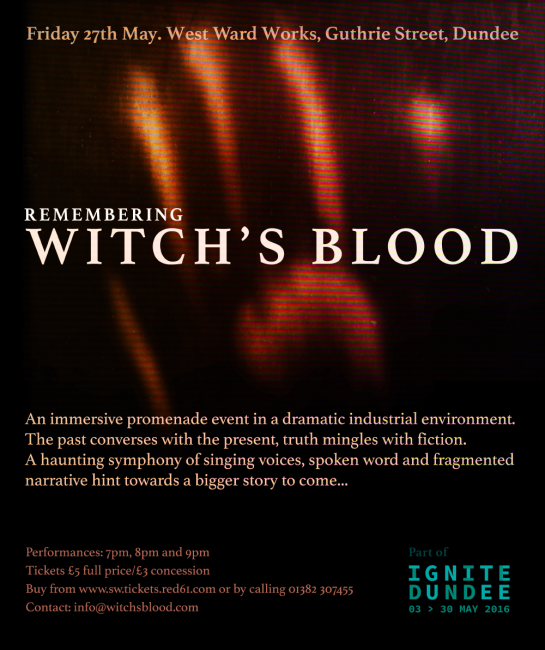 Final preparations are under way for the launch of ‘Remembering Witch’s Blood’ which will be seen at West Ward Print Works, Guthrie Street, Dundee on Friday 27th May as part of Ignite Dundee 2016.

Remembering Witch’s Blood looks back at one of Dundee’s seminal cultural events from nearly 30 years ago. For the last few months the organisers have been getting in touch with people who were in the original production and audiences who saw it. The children and grand-children of those people are getting involved whilst a new generation is introduced to the story.

An immersive soundscape of voices, past and present, will underpin this promenade event in a dramatic industrial environment; recalling memories of those who took part in the original 1987 Witch’s Blood production. A 40-strong live choir will blend with a virtual choir; contemporary life will converse with the past, truth mingles with fiction, and the haunting symphony of singing voices, spoken word and fragmented narrative will hint towards a bigger story to come.

The plans are to launch a large-scale event in 2017 to celebrate the 30th Anniversary of the first production. The event on May 27th 2016 will encourage a wide range of people, particularly young people, to get involved.

To this end the organisers have employed the talents of two Dundee based artists and designers working in game design, digital arts and sound – Malath Abbas and Tom deMajo, internationally known artists who have created a number of beautiful interactive games. Recently they worked in partnership with the National Theatre of Scotland to develop ‘Other’, a free alternate reality sound game for iPhone. ‘Other’ took you on a horror journey around the streets of Dundee featuring puzzles, stories, surprises and spine-tingling, sinister audio!

The pair were asked to join the team at Remembering Witch’s Blood Clare Brennan, curator of Hannah MacLure Centre at Abertay University who recognised the contribution that Malath and Tom could make to the event.

“The Witch’s Blood team discussed how it was important that we really brought the idea in to contemporary culture – building upon the City’s strengths in creative technologies, digital interactivity and so on.

Witch’s Blood was a really forward-thinking and experimental production the first time round, so it was important to carry that forward and look at ways we could collaborate with digital artists to really animate the story and the space in which the event takes place.

Bringing in Tom and Mal was therefore a clear next step. Their previous work involves some very cool sound design, experimental gameplay and augmenting reality to enhance an audiences experience and perception- the street-based audio game they worked on called ‘Other’ with the National Theatre of Scotland, is a brilliant example of this.

So whilst there’s still something nostalgic in there for folk that remember it from nearly 30 years ago, there’s a very edgy and exciting twist to this new production that will really capture the imaginations of people coming fresh to it for the first time. It will hopefully be a wonderful teaser for building momentum towards something bigger next year to celebrate the 30th Anniversary of the original production”. 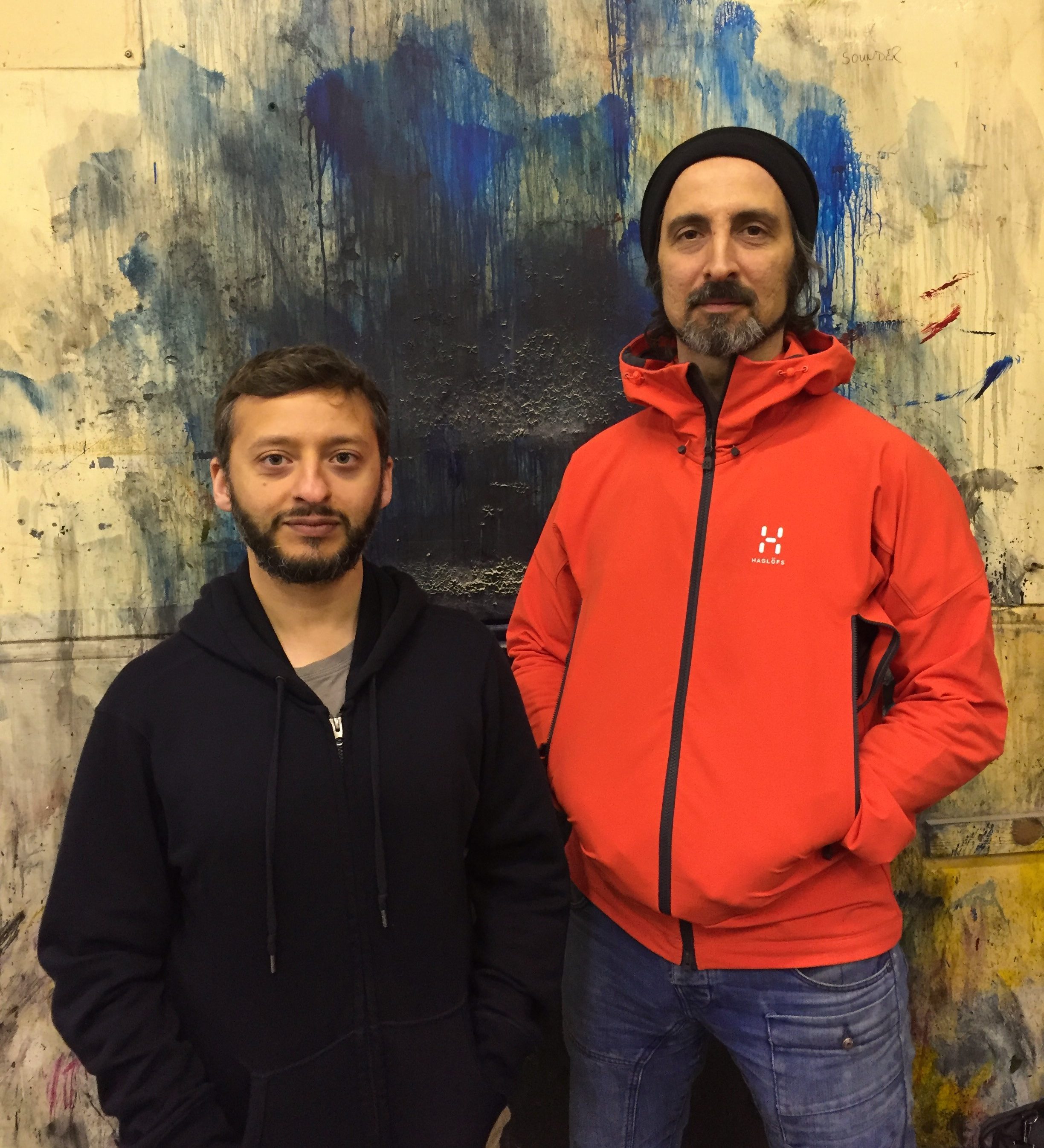 Malath and Tom are very excited to be involved in Remembering Witch’s Blood. They are working at recording stories, songs and memories of the first production to create a new landscape of sounds that will bring the event into the digital age.

“Witches Blood means a lot to the community and it’s great to be involved. Games and theatre have a lot in common, and as a game designer I love learning from other art forms. I thoroughly enjoy collaborative projects and it’s great working with people from the community. Mixing physical and digital creativity always leads to interesting work.”

“Witch’s Blood is an amazing opportunity to work on a large scale project that is part of a city-wide experience.  It provides a strong and flexible narrative framework that gives us the flexibility, space and platform to make some ground breaking, multidisciplinary work.

We love to blur the lines between real and unreal, the past and the future, and physical/ conceptual space. That’s why we enjoy collaborating across disciplines, and working with people from all walks of life.”

Tickets are now available for the Remembering Witch’s Blood event on Friday 27th May at West Ward, Guthrie Street, Dundee as part of Ignite Dundee.

You can attend performances at either 7pm, 8pm or 9pm.