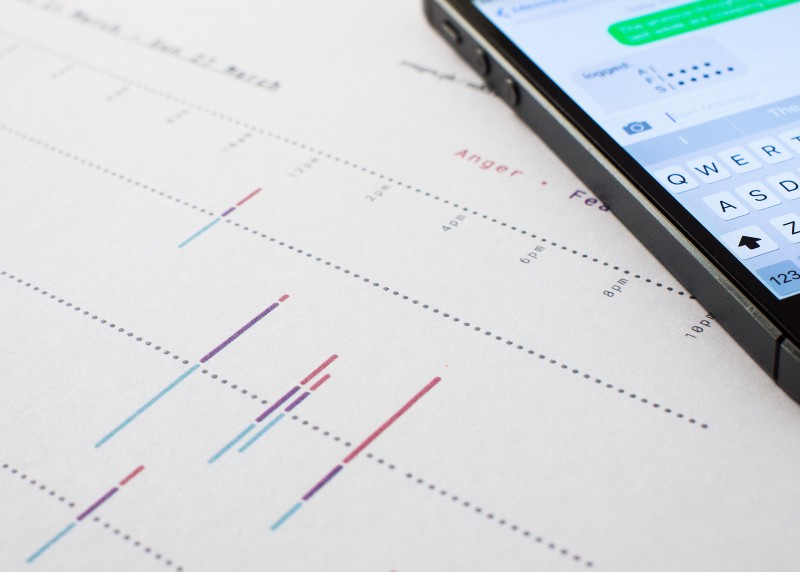 A guest blog by Ryan McLeod of Slurpp on internships originally featured on Medium.

Internships need a shake up. There needs to be more value created for all parties involved, a vested interest in the work that is done together and something to show for it afterwards. That’s why I’m creating #SmashItOut01.

I’m proud to announce that Slurpp is taking on it’s first ever intern: Rich Cahill. One of the crop of amazingly talented Interaction Design graduates from DJCAD in Dundee.

His final year project, shown above, involves creating a digital tool which to visualise disruptions in mental and emotional wellbeing. You can read about the yougra.ph project here and trust me it’s worth a look.

Unfortunately Rich has been lured by the bright lights of the big smoke and is off to London to work for a little company called IDEO but before he does he’s coming to do a 1 week paid internship at Slurpp. I know that 1 week doesn’t sound like a lot of time but this isn’t an ordinary internship.

At 9am on Monday the 13th of June we’re both going to sit down and start with absolutely nothing. By the Friday afternoon we have to launch something.

Neither of us know what that will be or what we’re actually going to do but the important thing is we know we have to create some sort of tangible output by the end of the week.

A few people I have spoken to have asked “How are you going to document this?” The answer is I don’t really know because I have no idea what’s going to happen. The only thing I can say is that we will be tweeting and blogging with images, prototypes video and other things throughout the week.

So why is it a better approach?

1. There is a common goal everyone is vested in and focused around.
2. It’s fast paced and exciting.
3. There are no pesky clients!
4. You can make something completely ridiculous or controversial.
5. You get to experience the whole design process from idea to launch in just a week, something that may normally take months or years.
6. You get to take a week away from client work to play and try new things.
7. You have something tangible at the end of the week that everyone can be proud of and shout about.

Retention of talent is a major issue in Dundee. The city produces truly world class graduates and we watch them disappear to London, Edinburgh or Glasgow every year. We need to build better links between companies and students in order to show the opportunities right here in Dundee. Internships are a fantastic way of doing this as they give students a real taste of working in industry. If you can engage students early enough you can show them Dundee is a viable option after graduation.

I will be branding and marketing this as #SmashItOut01 because I want it to be the first of many. I also want other companies to take note and get involved next time round. Imagine 10 companies doing it in tandem across the city and then an event showcasing everyone’s outcomes. It would create a fantastic buzz around internships and the value that they can create. Once the dust has settled after the 20th of June I’m going to set the plans in action for something bigger and better next year.

So, keep an eye on the Slurpp twitter feed from the 13th of June and help us by giving feedback throughout the process.