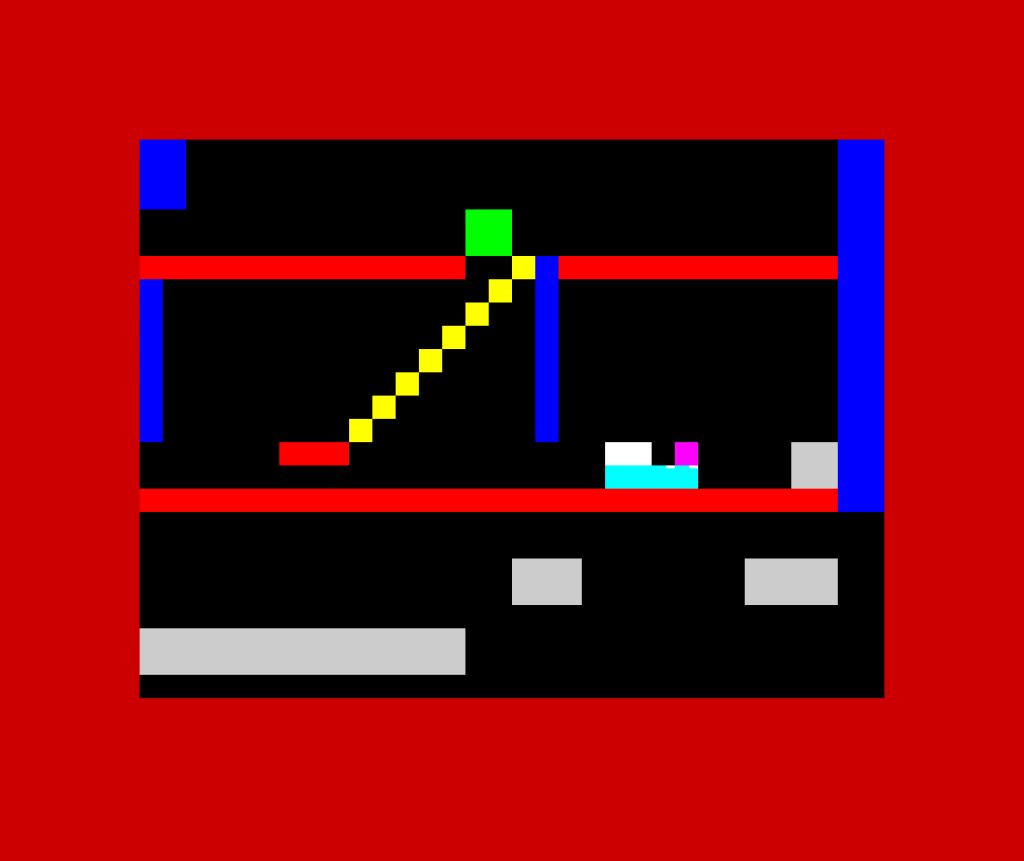 NEoN Digital Arts are proud to present the work of JODI. The artist duo, also known as Jodi.org, are considered as one of the most influential artist groups working on the Web in addition to being important pioneers in the artistic manipulation of videogames. JODI’s contributions to digital, avant-garde art have inspired many artists and cultural thinkers alike.

The exhibition takes place at Centrespace, Dundee Contemporary Arts (DCA) from 1st – 28th August 2016 on Thursdays from 11am-8pm and Fridays – Sundays from 11am-6pm. The exhibition launches with an opening reception on Sunday 31st July from 4pm-6pm.

The exhibition features JODI’s experiments based on the ZX Spectrum, the 8-bit home computer that was manufactured in Dundee. It includes their programmes written in the computer language BASIC and their modification of ‘Jet Set Willy’, the popular platform game made available for the ZX Spectrum in the mid 80s.

One of the intriguing aspects of JODI’s working process is their continuous re-presentation or restaging of their works, a strategy through which they revisit older projects by letting them adapt to new technological environments and transferring them to different mediums – from videogames and websites to user-instructions, videos and maps. JODI’s critical strategies of reformatting existing works shows how their art is variable and transforms over time.

Joan Heemskerk (Dutch, born 1968) and Dirk Paesmans (Belgium, born 1965) together form JODI, an artistic duo living and working in the Netherlands. Recently they were awarded the Prix NetArt 2014 for their web works, and their installation ‘My%Desktop’ (2002) was acquired by New York City’s Museum of Modern Art in 2015.

Along with the exhibition at Centrespace, NEoN will host pop-up exhibitions to support the presentation of digital artistic practices within other cultural events happening across the city.

Verdant Works, Dundee
Tuesday 2nd August
8.00pm – midnight
JODI will stage their performance with the ‘ZYX-app’, an iPhone app that encourages users to become a performer. The performance will be part of the DiGRA Play Party, which will take place in one of Dundee’s most historic industrial venues, an atmospheric setting for an informal evening of drinks and dancing with the legendary Richard Lemarchand on the decks. Entry will be by ticket only – book for the ‘Play & Party at Verdant Works’ tickets by clicking here.