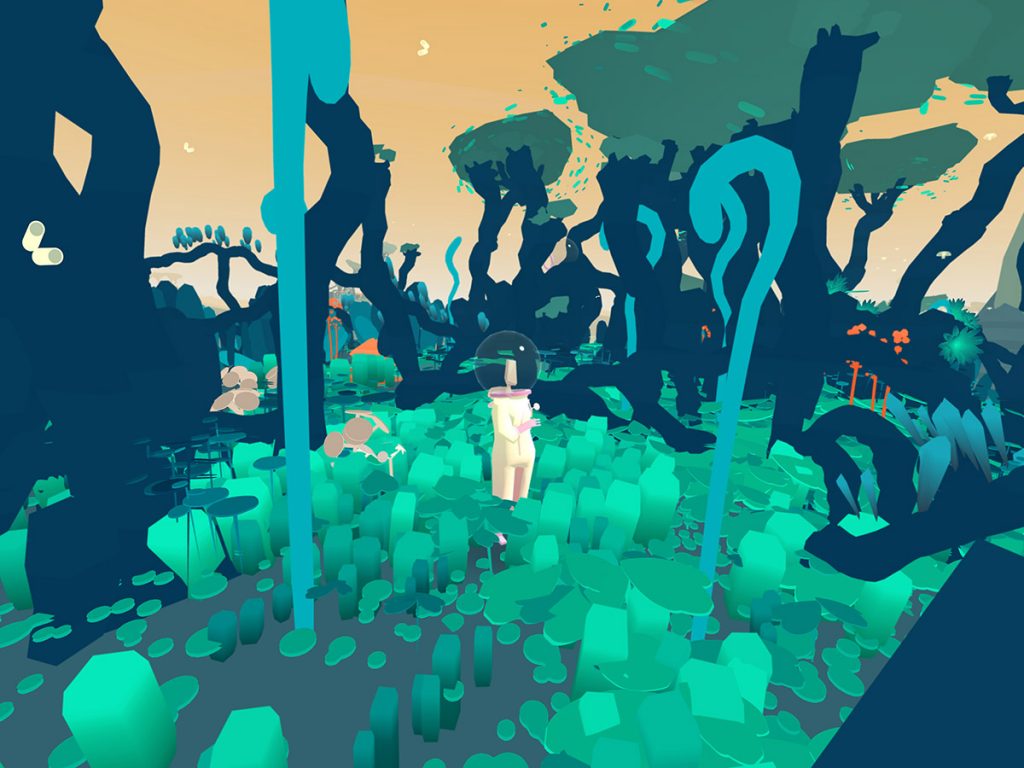 Bringing together an international selection of works by game developers, artists, and researchers, this year’s Blank Arcade exhibition is taking over the Hannah Maclure Centre until 28 October 2016. Now in its third year, the Blank Arcade is an annual exhibition which highlights videogames, toys, and other artistic interventions and research exploring the blanks in mainstream perceptions of gaming and play.

The gallery team invite people to join them for a special public event on the evening of Friday 16 September from 6pm. Light refreshments will be available from until 8pm for attendees to explore the exhibition and chat with featured artists, including Kirsty Keatch and Jack King-Spooner. The event will also feature the performance-game ‘Pathfinder’ by Christos Michalakos. 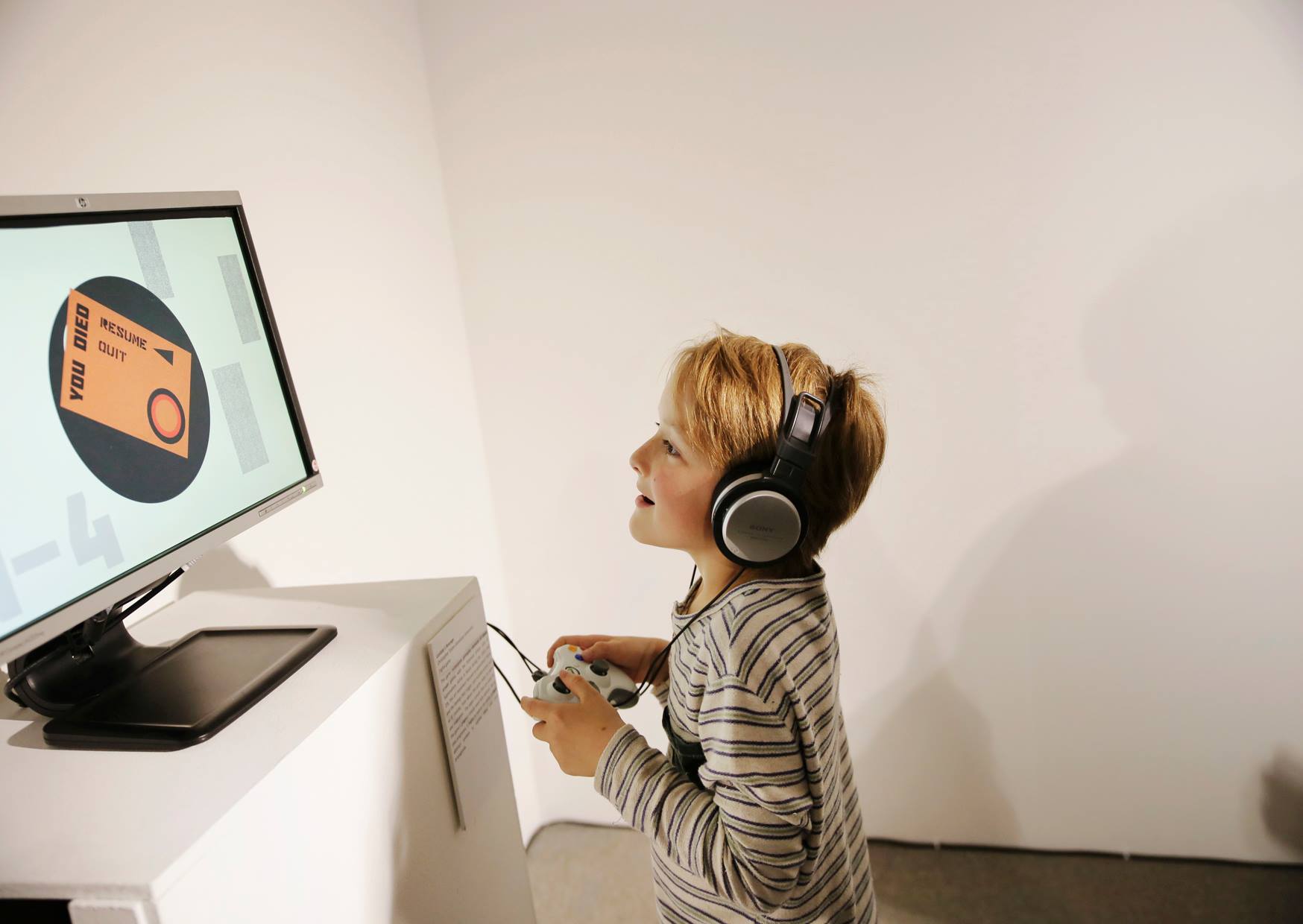 In aim of the Blank Arcade exhibition is to highlight the importance of often-overlooked approaches, and inspire broader practices in digital gaming and beyond.

“Digital games are increasingly becoming of interest to cultural institutions like museums and art galleries, and my primary role at Abertay University is to investigate this phenomenon from a curatorial and art historical perspective. I’m excited to put my research into practice with the upcoming Blank Arcade exhibition I’m co-curating with Lindsay Grace, who has organised similar shows at the past two DiGRA conferences.

“A major gathering of games scholars, designers, artists and other professionals is the ideal stage for new ideas, both about the potential of games and play in contemporary society, but also developing exhibitions that argue for the importance of experimentation and expanded approaches in this area to a critical audience. We hope to make Blank Arcade something distinctly different from a temporary exhibition hall or similar sites for sharing work at conferences.” 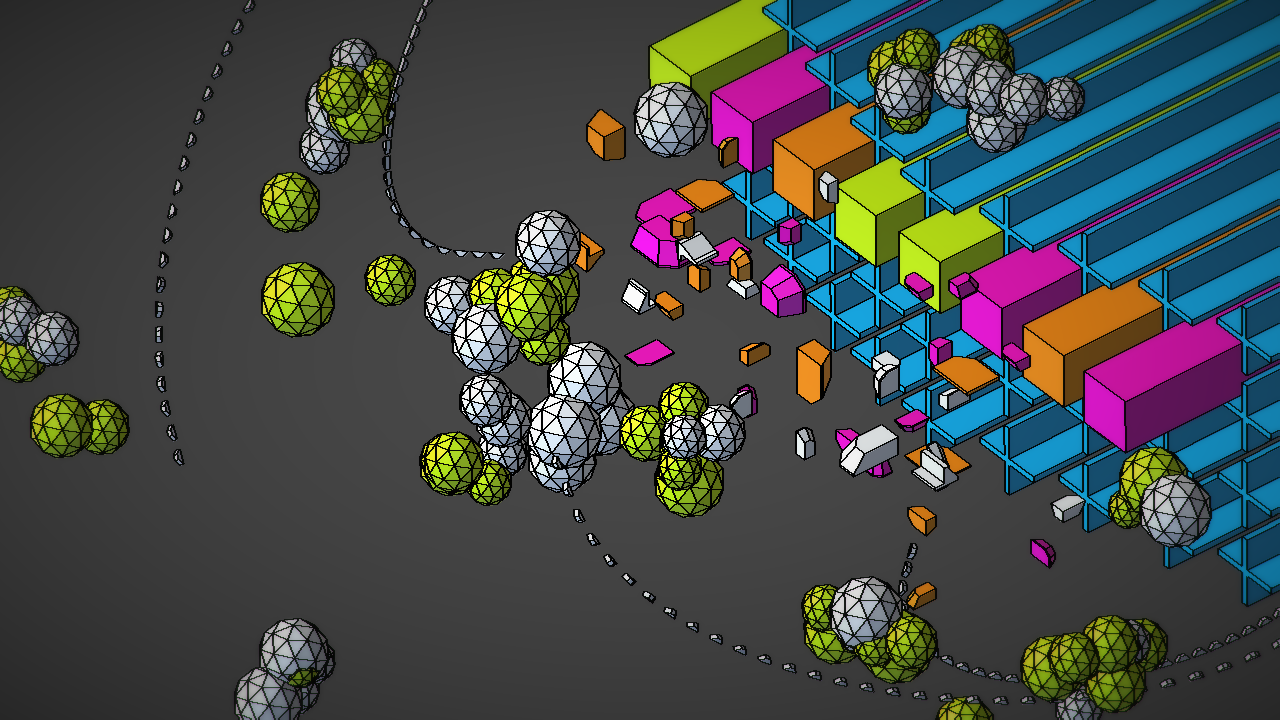 Abstract Playground AP1 was developed in collaboration with people with learning disabilities to encourage explorative play without the pressure of win conditions or high scores. The custom interfaces also encourage experimentation and allow people with a variety of technical knowledge or motor skills to engage with the work. The imagery consists of abstracted forms taken from Modernist architecture, and each tweak of how these forms occupy space is accompanied by an associated sound. The novel combinations of imagery and sound often lead to players treating the interface like a musical instrument, generating surprising soundscapes and digital structures. 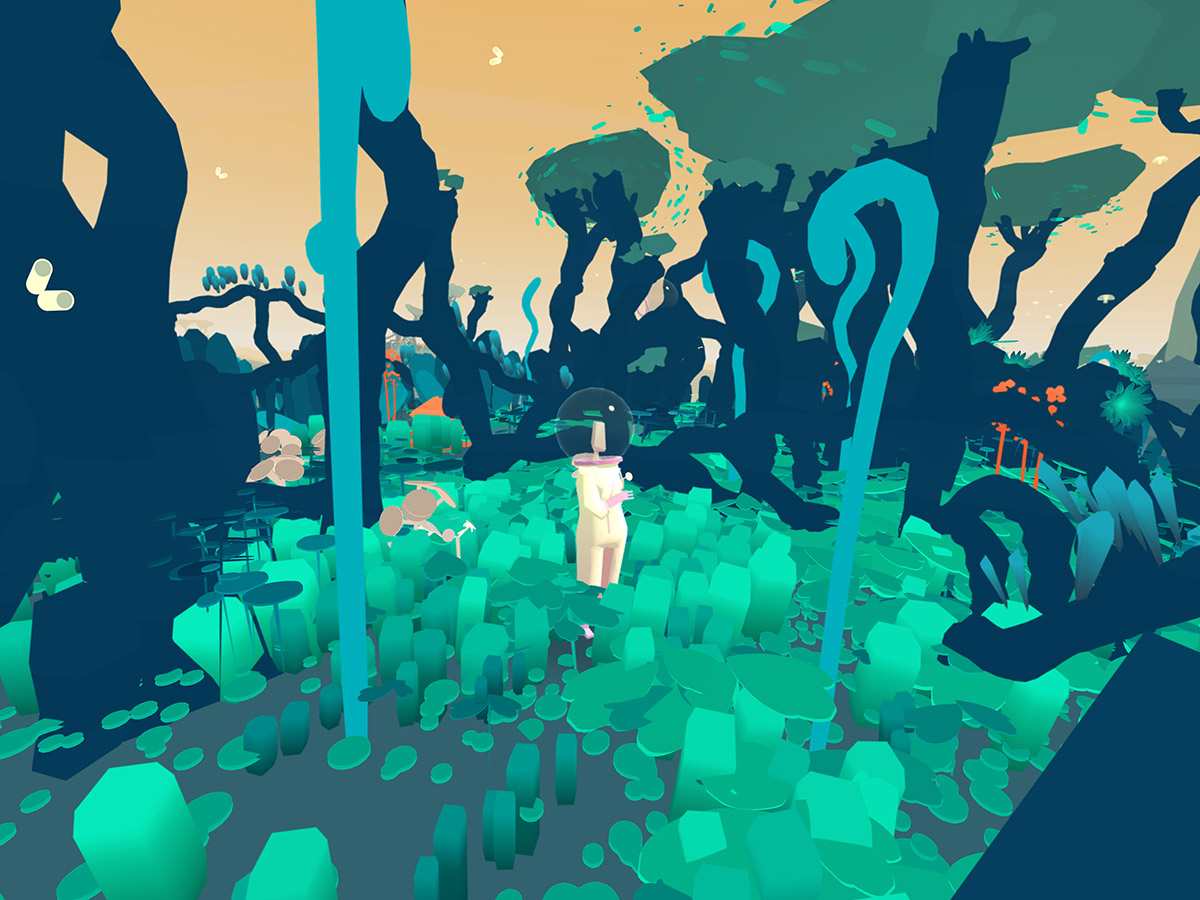 Orchids to Dusk is a short contemplative wandering experience by Pol Clarissou with music by Marskye. You are an astronaut stranded on an alien planet, with only a few minutes left to live. Created with the support of KO_OP.

Kirsty Keatch is a sound design researcher, who’s work is focused on designing interactions with sound to benefit inclusive user experience. Katakata is a kinetic sound sculpture that can be triggered using the visitor’s smart phone. By using the orientation of the mobile device through a web-based application, the user can interact with the sculpture, manipulating subtle variations of it’s sound in real time.