Made in Scotland: Local Heroes 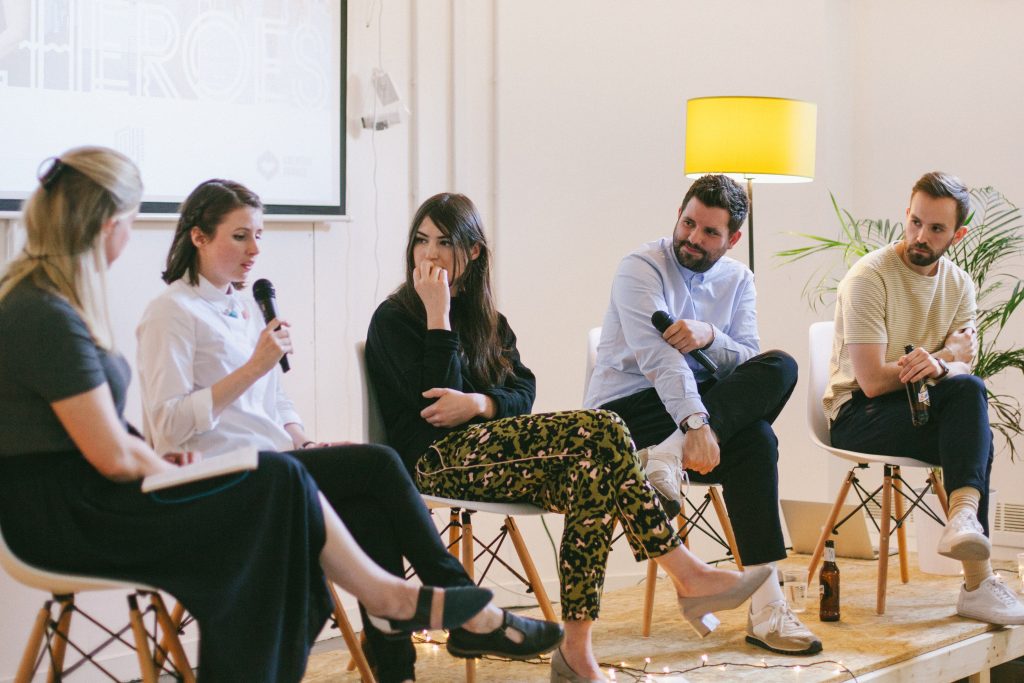 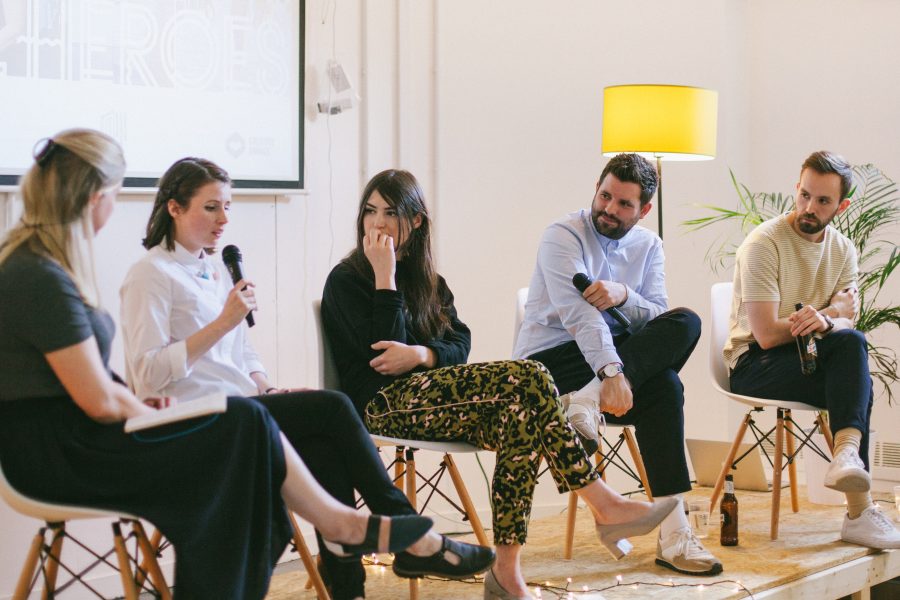 Made in Scotland, a discussion about designing and making was part of the Local Heroes event programme, co-produced by Creative Edinburgh and Creative Dundee. The first event on Saturday 13th August at Codebase, was one of the busiest weekends in the Edinburgh Festival calendar. Local Heroes: Scottish Design at Edinburgh Airport runs 1—31 August 2016.

Local Heroes redefines contemporary Scottish design by bringing together Scotland’s leading designers in an exhibition developed specially for Scotland’s Year of Innovation, Architecture and Design. The exhibition features exciting new commissions which explore the notion of the souvenir and the theme of travel. Installed at Edinburgh Airport during the largest cultural festival in the world — The Edinburgh Festival — Local Heroes is accessible to a predicted 1.2 million passengers spanning 120 international destinations. 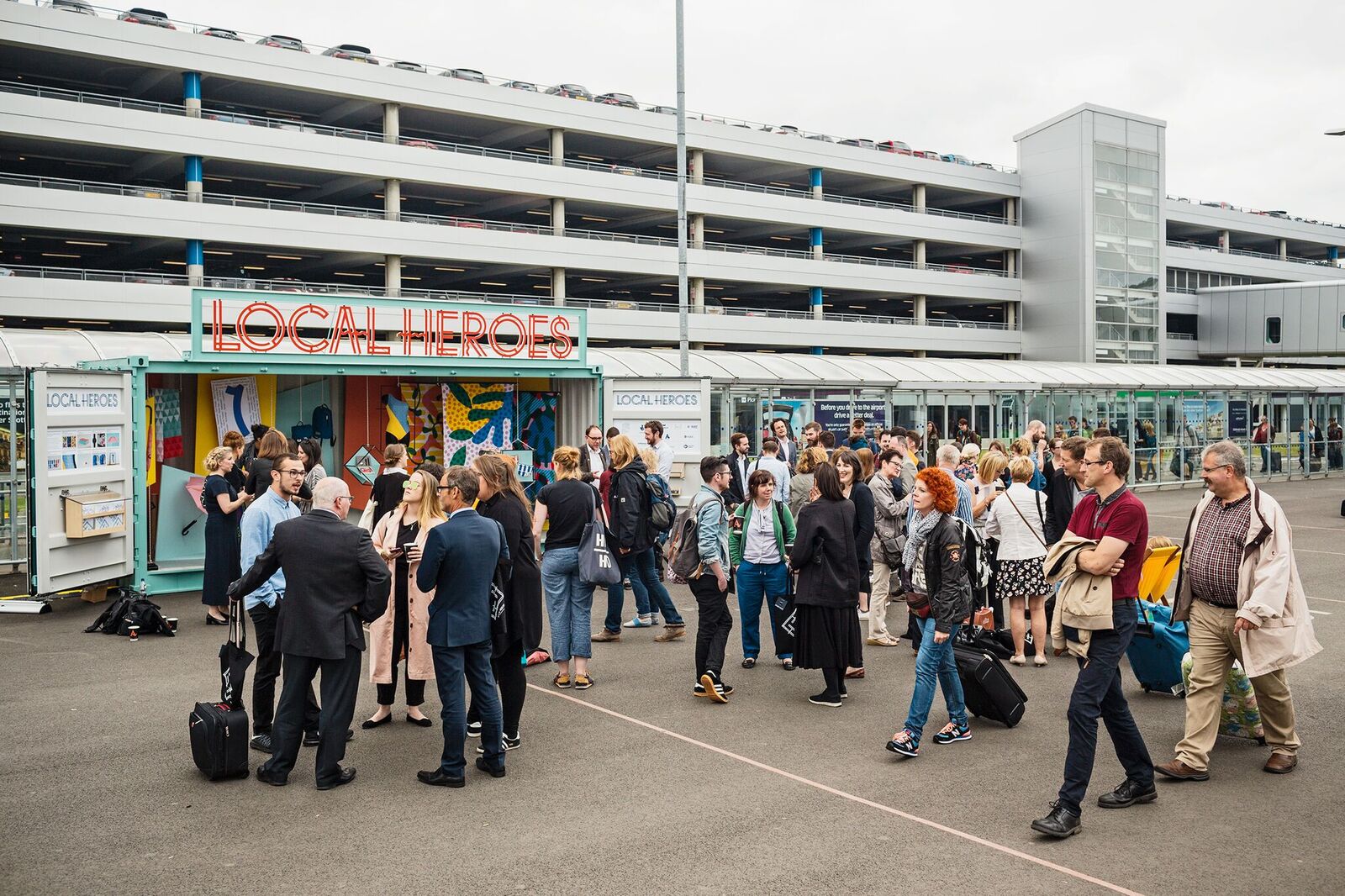 The event explored what it means to be a contemporary designer working in Scotland and selling in a global marketplace. Including their views of materials, provenance, manufacturing and branding, the discussion offered a real insight into the design and making process for those at all stages of their design career.

NEXT EVENT: The next Local Heroes event will be held in Dundee on the evening of Wednesday 12th October, more details to follow soon online!

We’ve collated some key points on particular themes made by the panel, but you can watch the discussion in full below.

Live stream of our Local Heroes event: A discussion about designing and making with curator Stacey Hunter and designers Hilary Grant, Karen Mabon and Instrmnt Pete Sunderland and Ross Baynham

It was fascinating to hear that the majority of materials and manufacturing by the designers on the panel were produced internationally – a combination of parts and processes from: Como in Italy, Geelong in Australia, Hong Kong, Germany, England and Innerleithen in Scotland. Although all the designers started designing and production independently, before scaling up and expanding their pool of suppliers.

The panel cited building a good relationship with manufacturers as key, and initiatives such as Make/Works were critical for finding local manufacturers.

A point from Instrmnt was made about weighing up providence against price points – getting the balance right was seen as key for selling into mass markets.

Pricing was acknowledged as being really difficult – Hilary explained how valuable it is to know your costings inside out. Everything including global oil prices and electricity can make a real difference to your prices, so you have to keep well informed.

When Instrmnt started up, they looked at their competitors, they built in their wholesale costs and worked out the realistic figure that their customers would be willing to pay. They wanted the products to be luxury, but attainable for everyone, with just a little saving involved. Around 60% of their sales are done direct, and 40% through wholesale.

Karen Mabon’s products are also luxury items but at attainable prices, she was advised early on by a big buyer that her prices were too cheap, for the public perception of a luxury product, and readjusted her figures following this conversation. 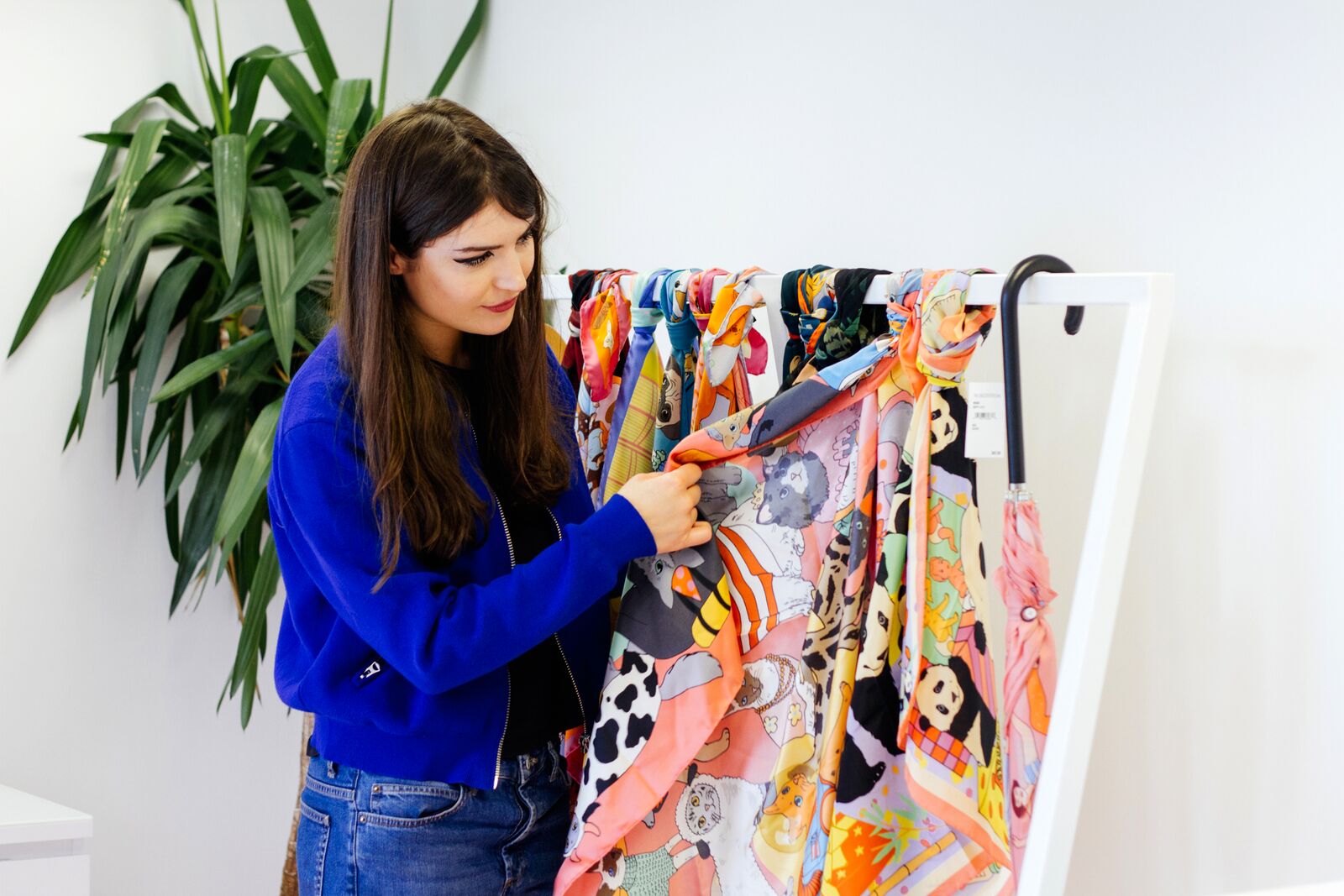 Karen Mabon in her studio

The million dollar question was posed – Did University equip you with the skills needed to start your design business?

The panel had varying levels of feedback about how prepared they felt, however art school was seen as a great place for liberation and the freedom to experiment – a unique chance you never get again afterwards, and this should be embraced.

Their best learning had been on the job, running their business and learning from experience and mistakes. Although most days may not involve any actual design, it was felt that designers are natural all rounders in the world of business and can apply their design experience into each element of their business.

PR, marketing and back end support:

Each designer has a different approach to outsourcing specific functions, Instrmnt have a PR agency in London who represents them, whilst their packaging and social media is carried out in-house. The designers highlighted that social media requires a lot of work, and could almost be a full time job but the upside of getting your brand directly to your audience and building a following was worth the investment. Ross and Pete recommended if you’re going to work with a PR agency be mindful that if you’re paying them on a monthly retainer you will need to be proactive in feeding them stories, this requires time and planning but can be highly effective in strengthening your brand and product awareness.

Hilary Grant’s main outsourcing is manufacturing, as her peak season is winter, she does all of her own press/social media and finds this works well as she can build relationships with specific journalists.

Karen has a full time in-house staff member who focuses on wholesale and marketing. She’s in two minds with getting a PR agency as increasingly she finds companies like to speak directly to the designer. 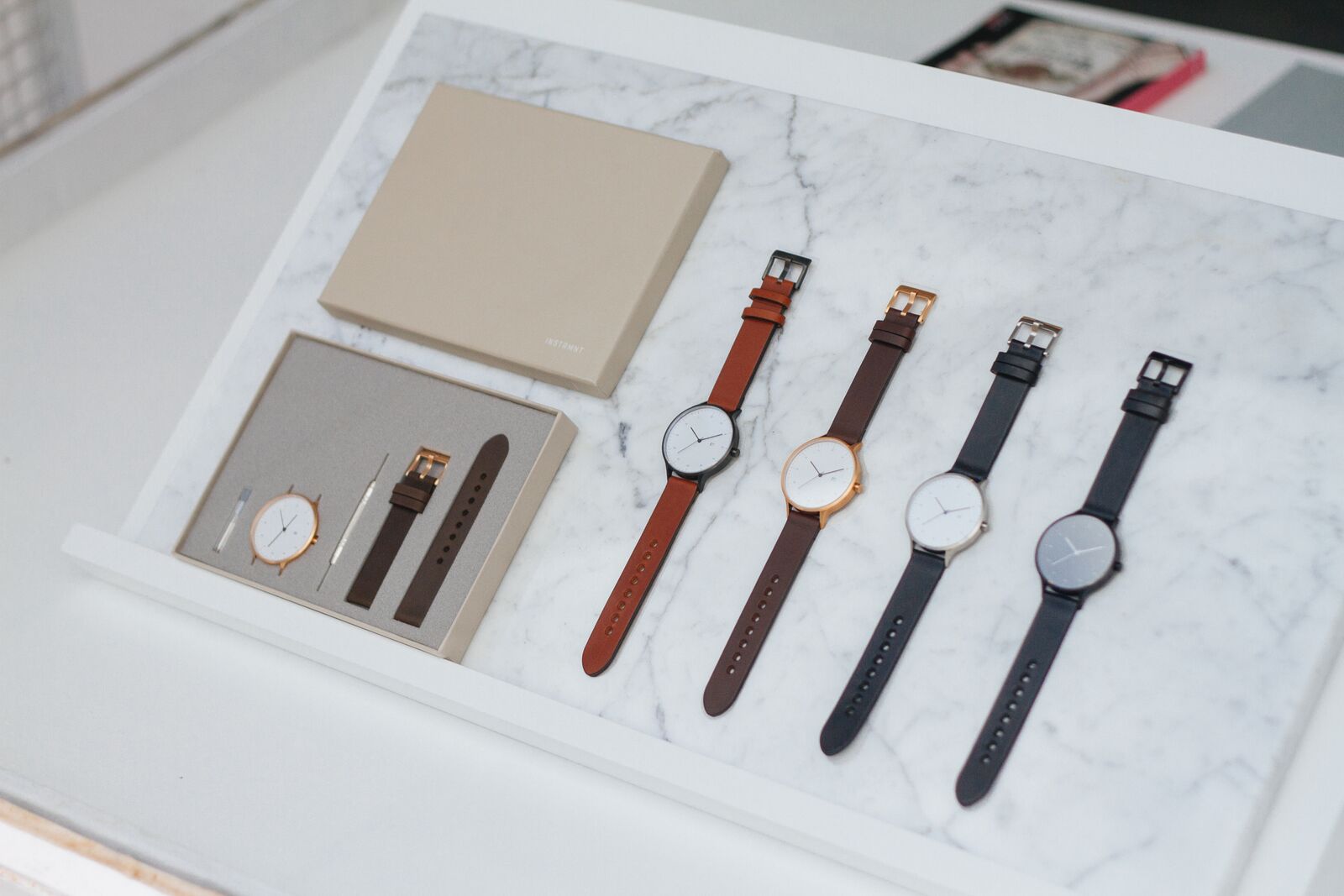 Instrmnt sell direct to customers in around 80 countries, they started by creating an initial list of 30 stores they’d like to be stocked in; they achieved this and then focused on countries they’d like to build presence – their products are now also in 40 stores in Japan.

Their advice is to put in the effort when you are at trade shows, put yourself out there and network, you never know who you are going to meet out for dinner and work at getting face to face meetings – this works much better than cold calling.

Karen has over 150 stockists – Japan and Hong Kong are her biggest markets. Her presence in America is increasing and over time she has become more strategic and selective about which stockists to be in. Being aware of your brand and what relationships would align best with your business.

Karen’s advice is to be careful of the terms of stockists which are sometimes unrealistic – read them well and get advice before signing. On trade shows, preparation is key, make sure you email everyone in advance, pin people down to appointments. She also said that before she started doing trade shows, she would literally stuff her suitcase full of scarves and would take them to show potential stockists.

Hilary’s biggest markets are Japan and Hong Kong, then independent shops in Europe and New York.

Hilary reiterated that pricing is key to having conversations with buyers. She says it can be difficult to maintain long term relationships with buyers, so be able to respond with answers to their questions as soon as you can. You also shouldn’t underestimate the preparation time for trade shows. 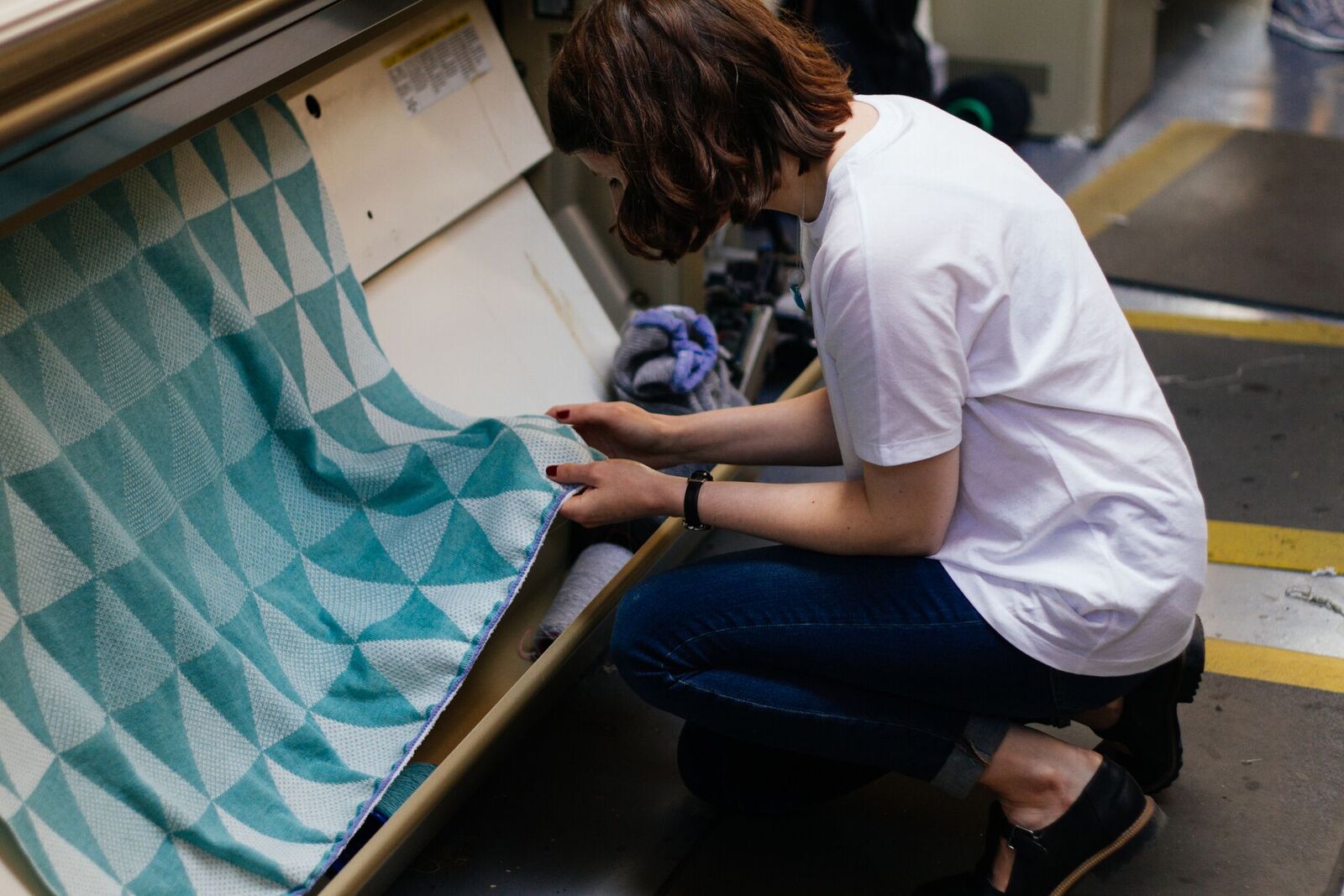 Hilary Grant in her Orkney based studio

Instrmnt likes that their brand is recognised as designed in Glasgow, they are proud of being part of the impressive Glasgow scene. Karen says her base location counts sometimes, depending on the market – for example in Japan being a designer from Scotland is a big advantage. Hilary has never wanted her products to rely on where she is based, she’s always aware of the stereotype and wants her products to stand out as contemporary designs.

All agreed that Scottish design is going from strength to strength right now, but it would be nice for the media to showcase this more. There is a public appetite for contemporary Scottish design, but there appears to be a lack of interest from Scotland’s media to cover design.

UKFT (UK Fashion and Textile Association) provide some support and funding and do trade missions. Department for International Trade (formally known as UKTI) also have some support.

Scottish Enterprise also have their high growth pipeline, which gives access to support for those eligible; and Highlands & Islands Enterprise have equivalent support.

All agreed you have to keep on top of who is doing what – lots of digging around and lots of paperwork and cashflow projections. 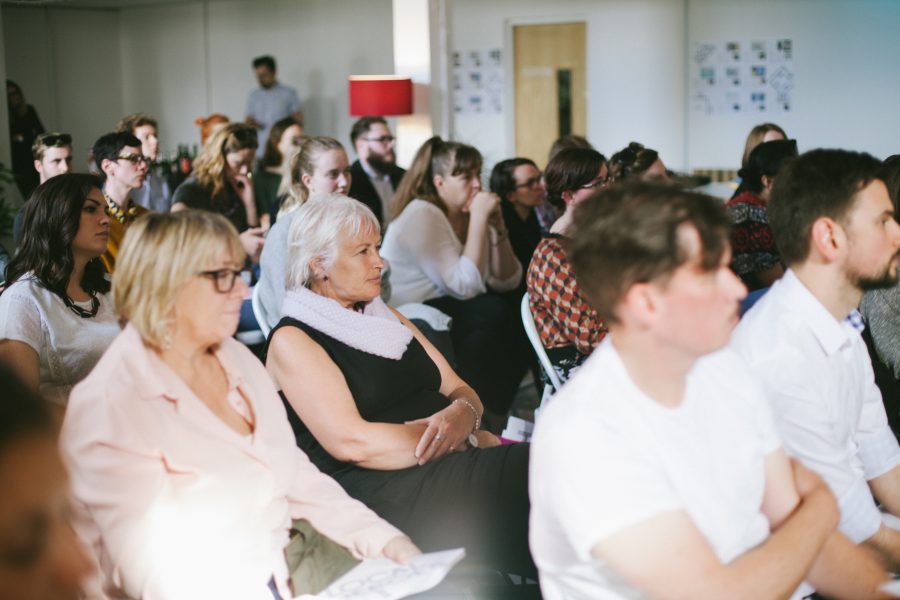 The panel felt that it should be enough that products are designed in Scotland, not that they have to ‘look’ Scottish. Again the issue about the lack of Scottish press coverage was raised – more features on design, not just column millimetres are needed. During the Q&A a point was raised about potentially skilling up creative writers in understanding/communicating the value of design.

The value of being part of Local Heroes:

As well as having their products at a prominent location at Edinburgh Airport at the busiest period of the year; the media coverage was also seen to be a hugely important reason for being part of the Local Heroes project for the designers.

Although produced on a modest budget, Local Heroes has already generated significant media coverage on BBC, Vogue, the Future Lab, Design Week, The Skinny and The List, to name just a few.

Also being able to be more experimental, have some fun creating these new products for the showcase, and being part of a much bigger scene alongside other Scottish designers has been valuable for the designers involved.