Sharing Not Hoarding – The Substance of Things Unseen 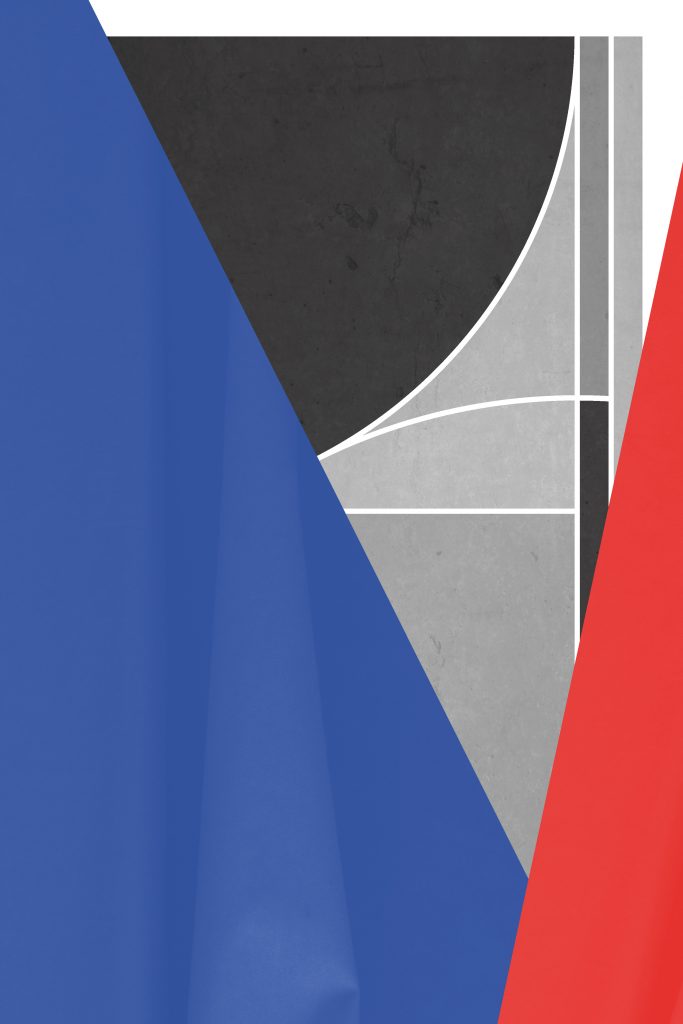 Sharing Not Hoarding is a collaboration between On Site Projects and Nomas*Projects to produce posters which display unique works on building work hoarding in Dundee City Centre’s Waterfront Redevelopment Area.

The aims of the Sharing Not Hoarding project are:

The latest series of Sharing Not Hoarding sees artist Robert Orchardson take over Hoardings Site 10 at Slessor Gardens from 15th August – 16th October with his collection of 19 posters for his series, ‘The Substance of Things Unseen’.

Early in his career, the architect Le Corbusier designed a series of homes for factory workers in Pessac, France. His approach to the brief resulted in modern, stripped back “machines for living in”, with unnecessary ornamentation and decoration removed. This aesthetic appealed less to the people for whom the homes were designed. The buildings were quickly customised by their inhabitants to better suit their tastes and introduce increased comfort; curtains, shutters, picket fences and other decorative elements were promptly introduced. The resulting buildings began to develop split cultural personalities – at once bastions of modernity, looking to the future, while also rooted in the present moment through their subsequent additions.

Robert Orchardson’s work The Substance of Things Unseen, made for Dundee’s waterfront is reminiscent of this story.

Orchardson often responds to instances where there is an attempt to build some kind of utopian ideal. Like architecture that aspires to the elusive hope of making the idea of “tomorrow” a tangible reality today, rendered in bricks and mortar.

The substance of things unseen imagines a series of modernist facades based on drawings to calculate the “golden section” – a seemingly “perfect” ratio, or divine proportion.

However in Orchardson’s works for Dundee’s waterfront we are never able to see the designs in their entirety. Their rhythms are continually interrupted, with parts obscured by a series of curtains and flags.

Orchardson is fascinated by the aspiration towards utopian perfection, however his work also seeks to subtly interrupt this modernist ideal. Perhaps it brings us back to a kind of potential that exists not in some unattainable utopia, but here and now.

For more information about Sharing Not Hoarding see sharingnothoarding.org.