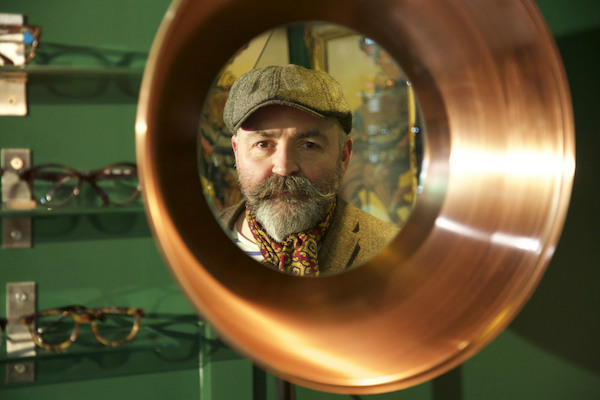 Have you ever looked in a mirror and wondered who is looking back? Or what your fourteen year-old self would think of you now?

A new device developed by product designers at the University of Dundee and Northumbria University, Newcastle is answering these questions by capturing your looks and playing music from your estimated adolescence.

Developed as a research prototype that uses online artificial intelligence to guess your age and play music from when it estimates you were 14 years-old, the ‘SelfReflector’ has also shown the potential to change the way that people interact with shops.

The mirror, which will be on display at the V&A’s Digital Design Weekend as part of the London Design Festival, offers an alternative way for customers to learn more about themselves on the high street by reflecting on how they look, play with different looks and think about who they are.

It also highlights the mostly unseen and unheard of presence of CCTV in shops which connects to highly sophisticated artificial intelligence service that processes images of shoppers in order to analyse feelings and behaviour.

First released and developed in partnership with the eclectic Dundee optical boutique, Spex Pistols, the mirror has already captured international attention, most notably from design fans traveling as far afield as the Americas and Europe during the Dundee Design Festival in May.

Opening up new possibilities to allow businesses to form new relationships with their customers, SelfReflector is a subtle response to how positive human behaviours can be placed at the heart of interactions with powerful technology.

Professor Jon Rogers, Chair in Creative Technology at the University of Dundee, said, “For centuries we have looked back at ourselves through mirrors. We all have a special relationship through the magic of the ‘looking glass’ and through SelfReflector we wanted to explore what this meant to people.

“We wanted to reflect on what happens when technology comes into our lives. The pictures the SelfReflector takes are processed to estimate the viewer’s age, facial expression and mood. The knowledge transfer which began in a small shop in Dundee could change the way customers interact with the high street.”

Richard Cook, founder of Spex Pistols where the SelfReflector has been one trial for the year, said, “The mirror allows for incredible opportunities, but just like bands from Dundee can become famous abroad yet are unheard of here, the SelfReflector is becoming well-known internationally and still remains a best kept secret of the city.

“We’ve had one customer take the direct flight from Amsterdam to Dundee just to come see it. What began as a throw away idea has blossomed into a once in life time experience. Children love it, adults don’t believe what it can do until they use it and our older customers can’t believe it. It’s a real treat to have the first model and we can’t wait until it comes back from London.”

The SelfReflector will go on display at the V&A London’s Digital Design Weekend alongside other art and design from Dundee exploring engineering, making and collaboration. Most of the events are free and will take place between Saturday, 24th to Sunday, 25th of September, 10:30am until 17:00pm.

The mirror was designed by Jon Rogers, Mike Shorter and Pete Thomas from the University of Dundee alongside Jayne Wallace from Northumbria University, Newcastle and input from Richard Cook as part of a research programme investigating the role of the Internet of Things on the high street.

It was funded by the Engineering and Physical Sciences Research Council as part of the Connected High Street Project. 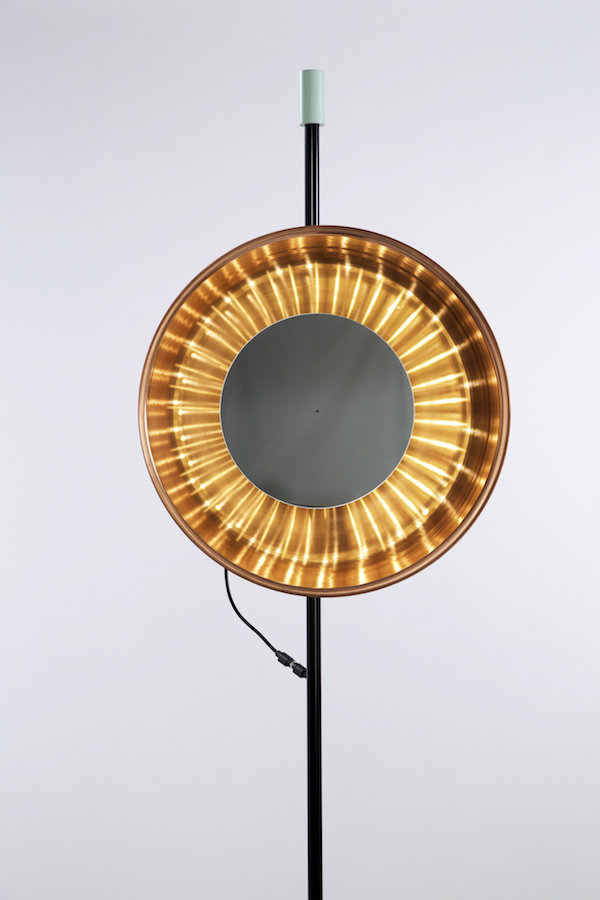