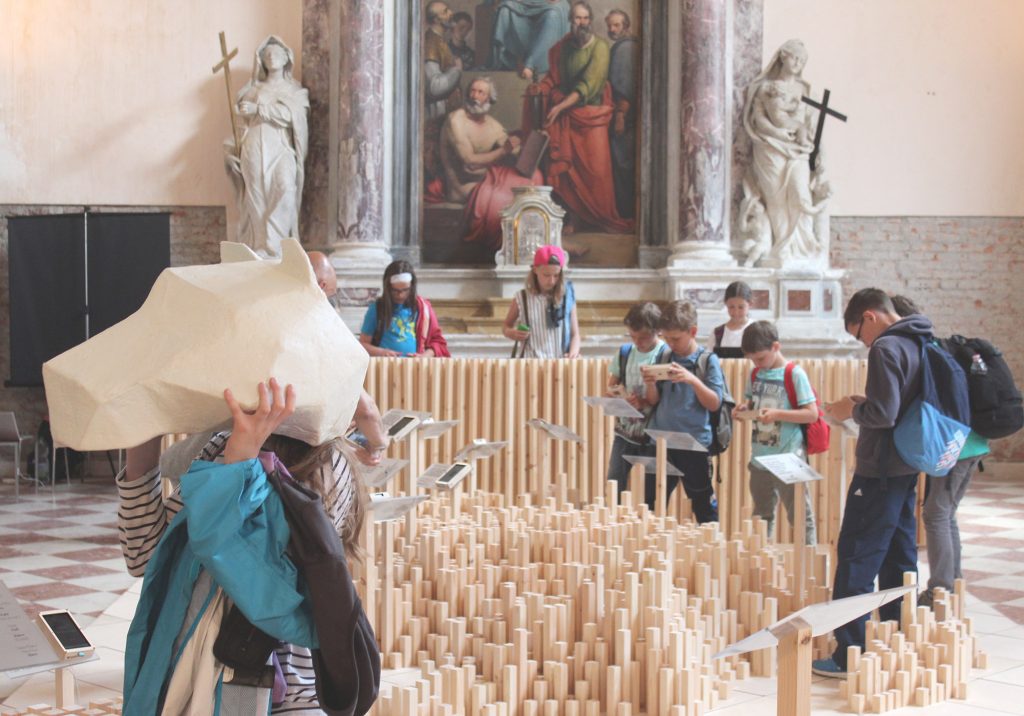 The city of Dundee is preparing to host the 2016 Festival of Architecture finale this November. Light Nights will bring together a spectacular programme of events centred around the city’s family-friendly Christmas lights switch-on event.

A headline event in the 2016 Year of Innovation, Architecture and Design, with support from the Scottish Government, Light Nights will mark the end of Festival of Architecture 2016 and the beginning of Dundee’s Christmas celebrations.

Following a theme of past, present and future, the city’s historic and contemporary architectural spaces will become the focus for large-scale light installations, a torchlight procession, an architectural walking trail, art and design exhibitions and a night market.

Over two nights in November, Dundee’s oldest and newest landmarks will act as the backdrop for spectacular light shows.

Colourful light installations will highlight the intricate construction detail of Kengo Kuma’s V&A Museum of Design Dundee, creating a beacon of light on the banks of the River Tay.

The Steeple, dating back to the 15th century and home to Scotland’s tallest surviving medieval church tower will become the stage for Biome Collective’s newly commissioned interactive sonic light show, inviting people to make music with a building. The impact of their concept should inspire visitors from outside the city to make a specific journey to come and enjoy Light Nights first hand, as well as delighting resident families and revellers at the start of the festive season. 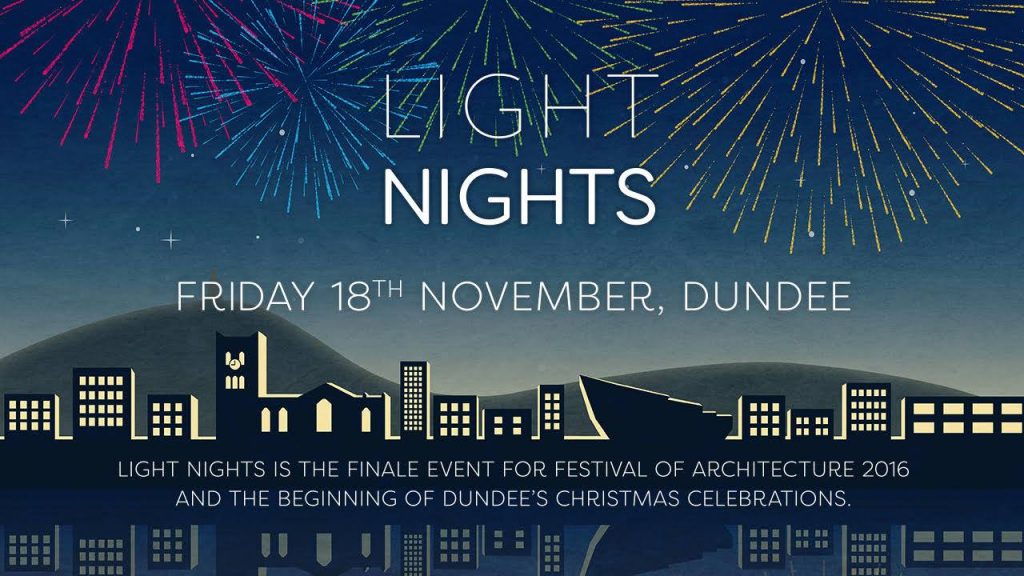 Lateral North’s 3D timber map of Scotland, presented at the 2016 Venice International Architectural Biennale will open at West Ward Works’, a former print factory and a 16th century graveyard in the centre of Dundee will show Kathy Hinde’s musical flock of Luminous Birds.

Visitors to Light Nights are invited to join in with an atmospheric torchlight procession connecting two of Dundee’s best loved buildings McManus Galleries and the Caird Hall, ahead of the Christmas lights switch-on ceremony in City Square.

The evening of entertainment is also to include an installation of giant sized pods, treating passers-by to light waves and massage-like movements when hugged. Created by art duo Colony, the pods will direct visitors to Dundee’s newest city centre park Slessor Gardens – also the setting for a festive themed Night Market, selling food, drink and crafts from Dundee and Angus producers.

A host of indoor events are also in the planning, including a nativity play at Steeple Churches, choir singing at St Paul’s Cathedral and BBC’s Build It Scotland exhibition at McManus Galleries.

With a packed programme of performance, theatre and markets including the Big Winter Warm Up event in City Square, Dundee is getting ready to host one of Scotland’s most unique and welcoming Christmas events. 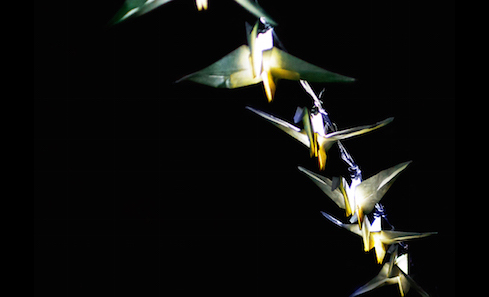 “The Festival of Architecture, an integral part of the 2016 Year of Innovation, Architecture and Design, has seen over 400 events take place across the length and breadth of Scotland. Each event has celebrated and promoted Scotland’s many achievements in innovation, architecture and design and inspired Scots and visitors alike.

“2016 has also seen Dundee undergo a significant amount of architectural regeneration, not least Kengo Kuma’s extraordinary work on V&A Museum of Design Dundee. Light Nights is an opportunity to highlight the city’s most striking architecture from the old to the new, including the V&A Dundee construction site. I’m looking forward to attending the Light Nights celebrations in November to mark the end of the Festival of Architecture, and the start of Dundee’s annual Christmas festivities.”

Will Dawson, Convener for Dundee, One City, Many Discoveries said:

“Dundee is delighted to be hosting the Festival of Architecture 2016 finale. As the Waterfront development progresses it’s an ideal time to consider the city in terms of its architectural past, present and future. Light Nights is shaping up to be a fantastic event with a wide variety of free events suitable for all interests and ages.  The combination of light shows, street entertainment, fireworks, late night shopping and free city-centre parking is set to attract thousands of visitors to the city to celebrate the closing event for Festival of Architecture 2016 and the beginning of Dundee’s Christmas celebrations.”

Light Nights, Dundee is on Friday 18 November 4.00 – 10.00 p.m. and is free to attend. Light projections continue through to Saturday 19 November.

Light Nights will act as the finale to the Festival of Architecture 2016, a headline event in the 2016 Year of Innovation, Architecture and Design, with support from the Scottish Government.