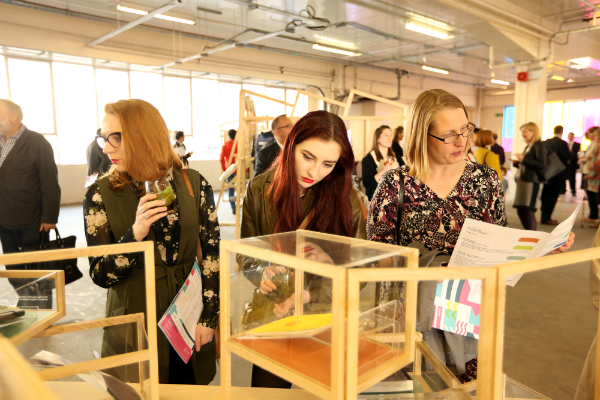 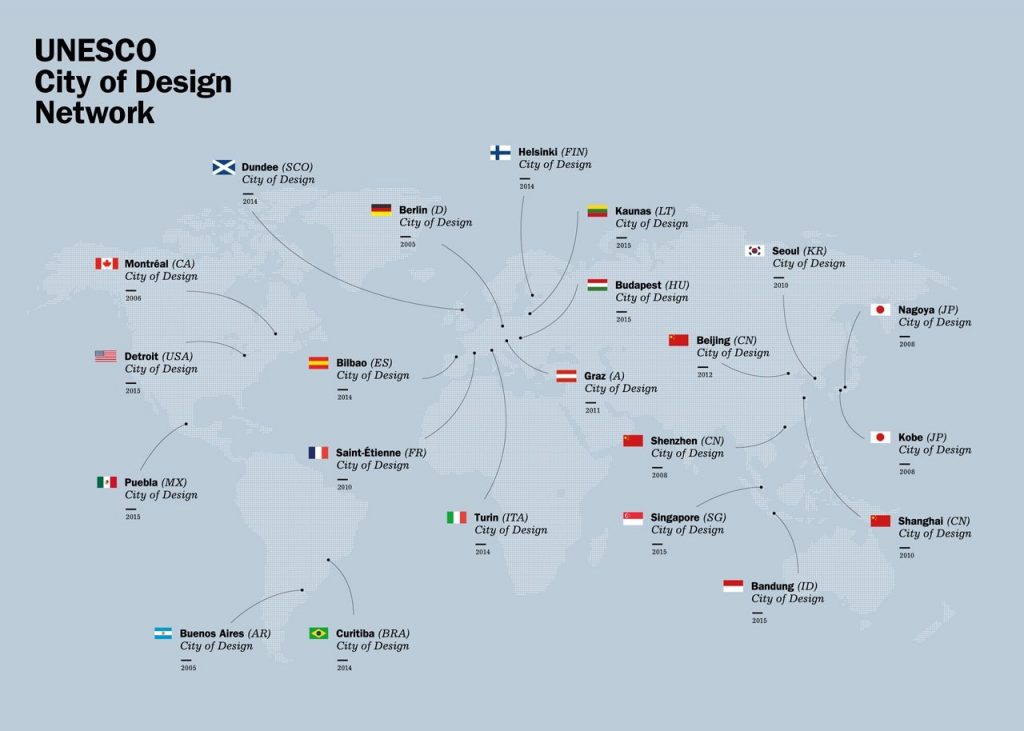 Dundee was awarded UNESCO City of Design status back in 2014, making it the first city in the UK to receive the title. The accolade has put a spotlight on our transforming city, but what benefits does it create for our design communities in Dundee? We met Anna Day, Manager of UNESCO City of Design, Dundee for this month’s Year of Innovation, Architecture and Design feature to learn more.

What goes into the City of Design status?

Being the UK’s only UNESCO City of Design is a great recognition for Dundee. As there’s no financial award that comes with the title, it’s what we make of it and the projects we do under the City of Design umbrella that allows for opportunities and ideas to flourish. It enables us to learn from other cities in the network but importantly for us, the designation is about the people in the city, what they want from it and how we can use it to help them. It also brings about more opportunities for designers and creators in the city on an international level.

We are really open to conversations. If there are any designers in Dundee looking for advice or opportunities then we would encourage them to please get in touch with us.

What projects are you working on at the moment?

I’m in the process of organising next year’s Dundee Design Festival – which takes place 25-29 May. Last year, preparing West Ward Works for the 2016 Design Festival took a lot of time. We’re using the same venue again so the 2017 festival should be smoother – we also have Siôn Parkinson, Festival Producer on board. We have an event coming up at the 30 November which will be about the 2017 Design Festival, but also what other activities happen throughout the year. We need to work with designers here to make sure they have what they need in future for it to be a success for them.

I’m also adapting something Montréal have for Dundee. When on an official visit to Montréal, you are given a beautiful guide featuring local design. What I would like to see is a couple of small things that we can say are the best of design in Dundee to make sure we celebrate design here.

Finally, we’ve just finished a video explaining Dundee as a City of Design. We chose 6 disciplines that we felt represented the city: textiles, jewellery, healthcare, service design, digital and comics. We then commissioned a 4th year student from DJCAD to paint a mind map of creative/design institutions in Dundee featuring everything from DCA to Tin Roof! There’s people connecting these institutions which is the batch of the video and then we go into a discipline, such as jewellery, to learn more about that sector via interviews with different designers. It’s a calling card for the city and will be available to use by anybody.

How do you work with other UNESCO Cities of Design to promote Dundee’s design to an international audience?

The UNESCO City of Design network is pretty big – there’s 22 of us and some are more involved than others. It’s been a bit of a journey to find our place in that network as a city, particularly because we are small but now we’ve realised that size is actually our strength. We have the ability to easily collaborate with others and get projects off the ground – we’re small but perfectly formed.

We’ve looked at the network and started to consider who our key partners will be for future projects. Lots of opportunities are now starting to come our way – Shenzhen are looking for 3 designers from Dundee to exhibit there, we’ve just had Bologna (a UNESCO Creative City) get in touch about a project, and Seoul want to pay someone to go there and talk about their practice. We need to make sure that each time an opportunity comes up, we have a name we can put forward so that the network knows we are engaged, interested and have active design talent in Dundee. 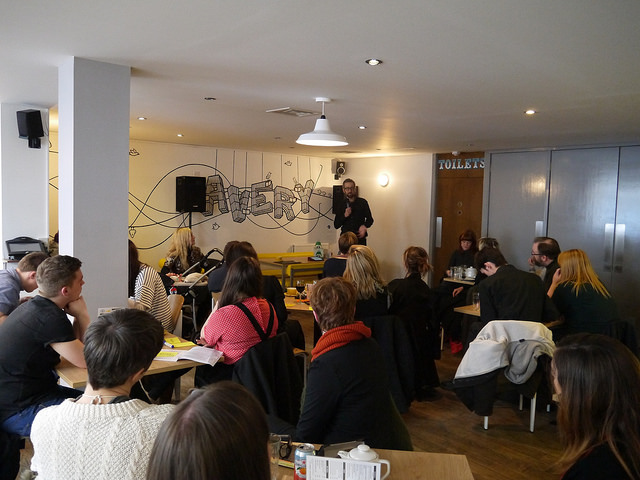 How do you work with local organisations to support design in Dundee?

The biggest way we have done that so far is through the Design Festival but now, it’s going to be those opportunities that come our way that we then feed to designers. We are giving them opportunities that we just wouldn’t have had if it wasn’t for the UNESCO City of Design status.

Can you explain Dundee’s Homeless competition for residents in other UNESCO Cities of Design? How did that come about?

In the original bid, we stated we would have an international design competition but we thought that instead of just giving a cash prize, it’d be good to bring somebody to Dundee to work with some of the creative talent we have here. The award is a 3 month residency with accommodation and studio space provided and allows for local designers make more international connections.

Homelessness is a global problem so we felt it could resonate with designers in each city in the network. We also wanted to reflect that as a City of Design, we don’t just focus on products,  there is a lot of great work in service and social design so we felt we could use our status to look at how we could improve our city. DC Thomson have been a great sponsor of the competition and are engaged in the outcome.

What are your future plans for UNESCO Dundee?

There will be a Design Festival in 2017 and 2018. After that, we might look at making it every 2 years to give us more time to tailor each festival. We’ve considered whether the festival is about design from Dundee, or simply a design festival in Dundee. Our first priority will always be supporting Dundee designers because we want to make sure they are recognised for their success but we can also look at working with designers from across Scotland and the globe. Detroit have just joined the City of Design network and have such a fascinating story – they’re having to pick themselves up in a very similar way to how we did 25-30 years ago. Both cities could learn a lot from each other and we would really hope to work closely with them in future. 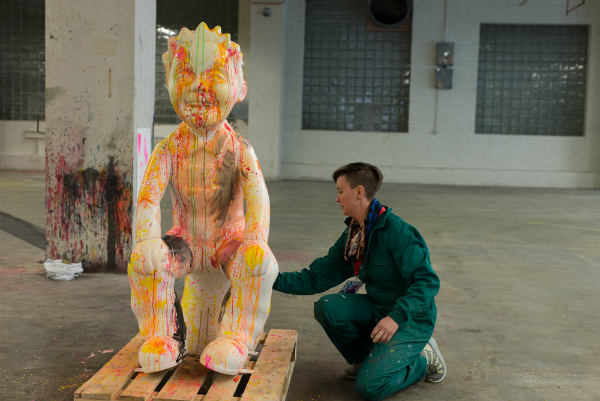 Do you think there’s opportunities for other UNESCO Cities of Design to learn from Dundee and vice versa?

Yes! There are definitely opportunities for us to learn from other cities in the network who have held the title for longer. The city we interact with most is Helsinki, they have a very similar ethos to Dundee in terms of service and social design – it’s incredible how embedded design is in their thinking! They now have a designer in each department of the city council, so anything that happens has a design thinking process behind it. Amazing!

One thing we have done behind the scenes is work with Open Change – who have been working senior members of Dundee City Council to incorporate service design in their work. This is now a regular process and senior staff continue to explore a service design in their approach. When I shared this with other cities in the network they were amazed and now want to do the same. This is also being followed by Edinburgh City Council and The Scottish Government, who have both expressed interest in how we explore service design in Dundee – this all wouldn’t have happened without the City of Design designation.

In the past 2 years, design has become more important in the city. For the past 30 years it was culture, which has grown in the city. The word design has become something that we do well and can now shout about. The City of Design status, the upcoming V&A Dundee, University of Dundee having design as one of its three pillars of excellence, the upcoming tourism strategy that the council are working on – design moulds all of them. It’s a challenge, and some areas we need to constantly evolve what we are doing so we don’t fall behind. Dundee is still a city in transformation, we need to make sure that we bring the success for everyone and invest in our young designers to encourage them to stay in the city.

In the next 5-10 years I hope that on the corner of every street is people making beautiful design, and that we’ll be welcoming people from all over the world to see our incredible city which isn’t just about the waterfront. Design covers the whole of Dundee!

Finally, what makes design in Dundee so special?

It’s partly the heritage. We’ve got an incredible history which has taken us to where we are now. We haven’t had the best reputation but we’re picking ourselves up, we have ambition and are starting to believe in ourselves again. I grew up here and the city has changed so much over the years – it’s all down to the people.

I also think both Universities and the college produce excellent students, and we support each other because of our size – especially creatives – which I don’t think happens in every city. We’ve got the incredible waterfront and the grittier side to the city which allows real inspiration and innovation to flourish.

Register for free tickets to the info evening on 30 November by clicking here.