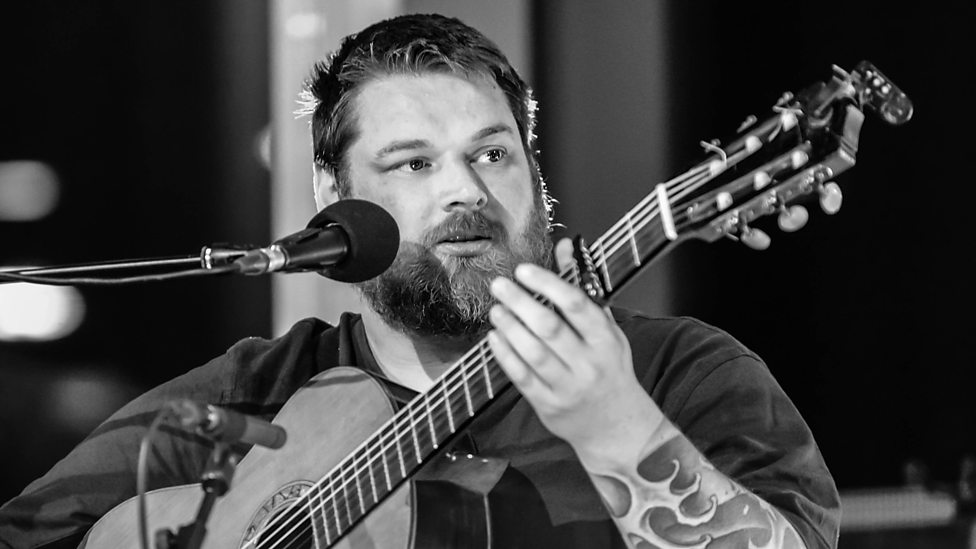 Newport Sound returns on Friday 18 November from 7.30pm at the Rio, Newport-on-Tay. Following sell out shows featuring King Creosote, Spare Snare and Jonnie Common, Newport Sound are delighted to welcome back the critically acclaimed and award winning RM Hubbert and Rick Redbeard, as part of their double-header tour.

RM Hubbert was the winner of the 2013 Scottish Album of the Year Award. Hubby returns to Newport- on-Tay as a genuine living legend as part of his short Winter 2016 tour promoting his latest album ‘Telling The Trees’.

Fellow Chemikal Underground artist Rick Redbeard, frontman of Scottish psychedelic heroes The Phantom Band, will also play songs from his much lauded new album “No Selfish Heart”. He is a previous nominee for the Scottish Album of the Year Award.

Newport Sound also features the best in local spoken word and poetry and for this event are proud to present the Scottish premiere of The Tiger Act – a short poetry-play for two voices, written by Rebecca Sharp. A tangled tale of love and illusions featuring Wilbur, a magician; Calliope, Wilbur’s assistant and muse; and their tiger, sedated in the corner. Read by Rebecca Sharp and Simon Rankin. The text is published by Roncadora Press with illustrations by Hugh Bryden.

Newport Sound has gained a reputation for having a unique, merry & friendly village hall atmosphere, one that many travel over the water from Dundee to be part of. Visitors are encouraged to bring their own booze and are welcome to bring in food from the nearby Silvery Tay. There are also projections from local filmmakers running throughout the event.