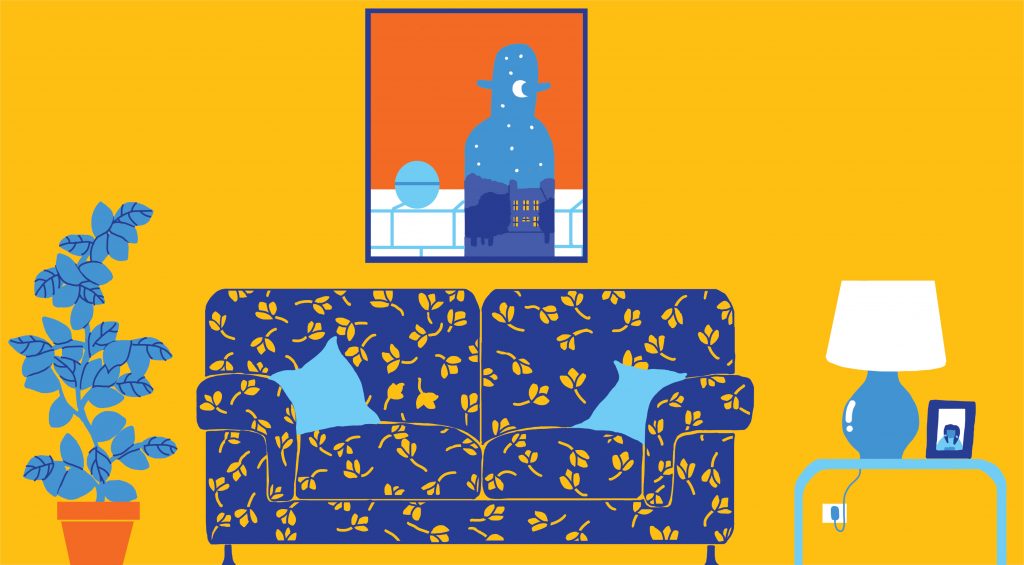 Dundee Contemporary Arts‘ forthcoming exhibition, DCA Thomson will run from Sat 3 December – Sun 19 February 2017 and has been programmed in partnership with DC Thomson to celebrate the 80th anniversary of The Broons and Oor Wullie. Before the exhibition, Dundee artist Sofia Sita will hand paint a mural where attendees can be part of her artwork.

The participating artists – Rob Churm, Malcy Duff, Rabiya Choudhry, Craig Coulthard, Hideyuki Katsumata and Sofia Sita – have each visited the DC Thomson archives and will be exhibiting their own individual takes on the rich cultural history of the city’s publishing. Featuring murals, prints, drawings, sculpture and videos, the exhibition will also include archive material from 80 years of the celebrated Dundee publishers and their beloved characters.

Glasgow-based artist Rob Churm is influenced by comics and underground zines. For this exhibition he has chosen to work with the Jonah strips that appeared in The Beano in the late 1950s and early 1960s, and which were notable for their ingenious storytelling and compressing elaborate action sequences into a one-page cartoon. 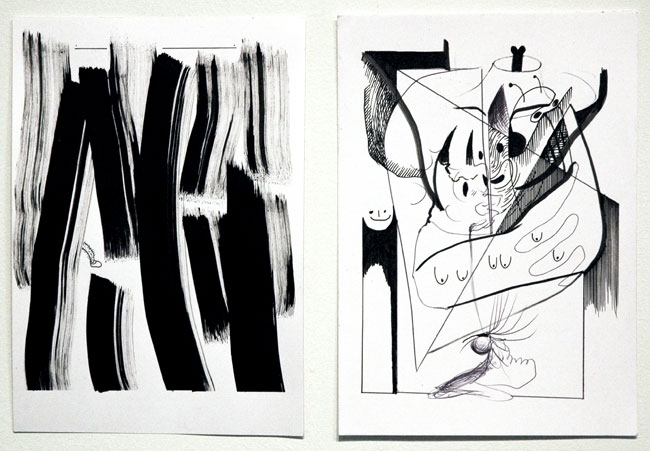 Artist, musician and cartoonist Malcy Duff has taken inspiration from Oor Wullie and produced a brand new comic for the exhibition that can be read within a new sculptural installation inspired by Wullie’s famous bucket.

Rabiya Choudhry will create new work for the exhibition loosely based on her family and inspired by DC Thomson’s riotous comic strip The Numskulls, about a team of tiny human-like technicians who live inside people’s heads and run their bodies and minds. Choudhry has created her own comic creation called The Coconuts for a new set of paintings. 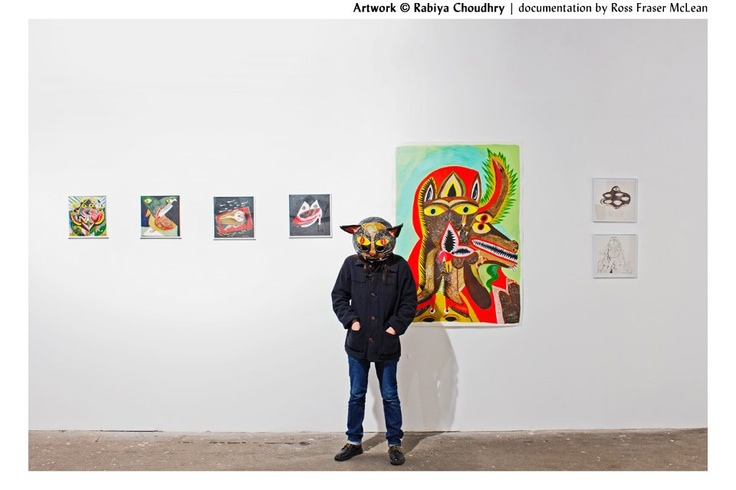 Craig Coulthard was an avid reader of DC Thomson’s Commando comics and has created a series of drawings inspired by these for the exhibition. Coulthard has also commissioned one of the great DC Thomson artists, Ian Kennedy (Commando, Dan Dare), to make a painting inspired by what the Leuchars Air Show of 2116 might have looked like.

Hideyuki Katsumata, whose solo exhibition at DCA last year was one of the organisation’s most popular to date, revealed he has a fascination for DC Thomson’s cartoon characters while working in Dundee. The Tokyo-based artist is using characters from his imagination to converse with the DC Thomson universe. 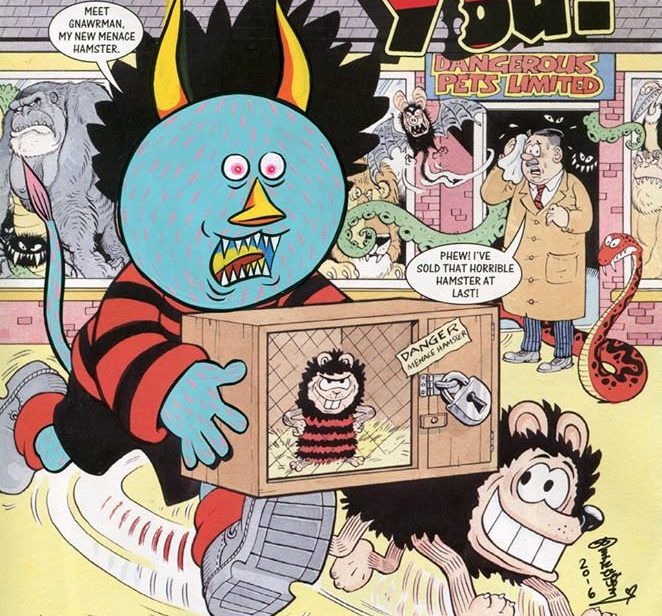 Sofia Sita, an artist and illustrator based in Dundee who has exhibited locally and in her home country of Italy, was inspired by The Broons. She will make a mural celebrating The Dundonians – a happy and heterogeneous family of DCA visitors. Sofia is calling for people in Dundee to be in with the chance of being featured in her artwork for the duration of the forthcoming exhibition DCA Thomson. Anyone interested in taking part can come to DCA from Fri 25 – Sun 27 November with friends, family or colleagues, snap a selfie in front of a mural she is creating for the show, then share it online using #WeAreDundonians.

On Thu 24 November Sita will paint a mural on the outside wall of DCA Galleries illustrating a living room scene. Between Fri 25 November – Sun 27 November she would then like people to come along and take a photograph of themselves in front of the sofa and share it via social media using the hashtag #WeAreDundonians. 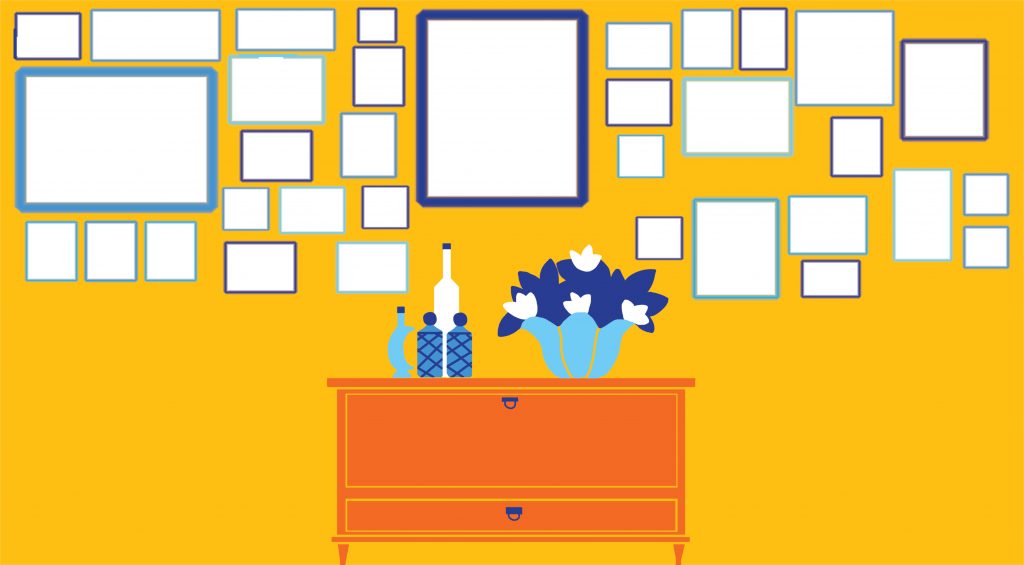 Sofia will then select 25 of the images to illustrate digitally and include in the exhibition. On the inside of the gallery, she will create a second mural showing another living room wall with 25 empty photo frames, which will be filled with the completed portraits in time for the exhibition opening on Fri 2 December. Those whose portraits will feature on the wall will receive a digital print of the artwork, as well as being able to see it on display for the duration of the exhibition.

Sofia Sita said: “I hope my work will be seen by a wide audience in Dundee, and might generate other collaborations. I really hope visitors will enjoy getting involved with my work and that they’ll have fun and share memories and stories as a big family should do.”

Beth Bate, Director of DCA, said: “We’re thrilled that Sofia has come up with such an exciting creative response to The Broons, and hope lots of people will come down to DCA between 25 and 27 November to show us what a Dundonian family (or group of friends) looks like in 2016. And we hope they’ll join us to see themselves on the gallery wall from Sat 3 December!”

DCA Thomson runs from Sat 3 December 2016 – Sun 19 February 2017. A programme of talks and events which will accompany the exhibition can be viewed on DCA’s website by clicking here.