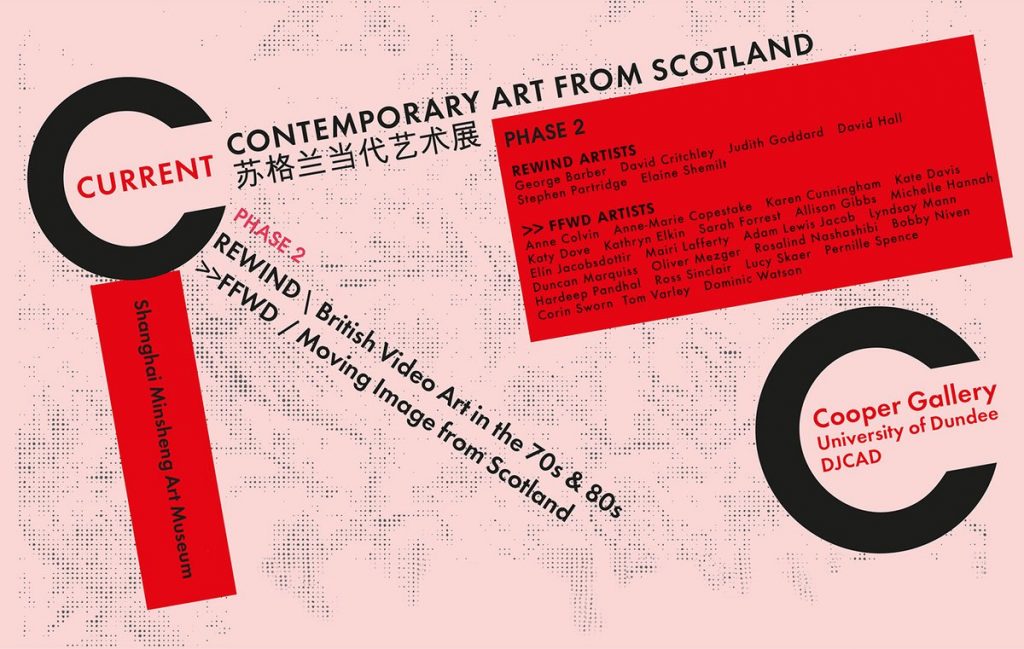 Curated by Cooper Gallery DJCAD, University of Dundee in collaboration with Shanghai Minsheng Art Museum and organised in partnership with the British Council, Phase Two of CURRENT: Contemporary Art from Scotland focuses on the history, development and current conditions of artists’ moving image works to further explore the distinctiveness of contemporary art made in Scotland, its grass-roots spirit and its keen debates with the social and political dimensions of art and culture.

Phase One of CURRENT noted that the present is ‘the only moment that ever matters’. Phase Two sustains this observation with the caveat that the ‘contemporary’ is nothing but the shadow of this very moment.

Transfixed in the immediate passage of a recurring now, the contemporary captures and projects only it’s own image. This is its currency, its irredeemable value, the unique quality of being simultaneously both what is watched and the means of watching. But the now of the contemporary is inherently unstable and indefinite. Without permanency or stability, it smoulders in a closed loop, ceaselessly rewinding and leaping forward, an image always moving ahead and falling back upon itself. 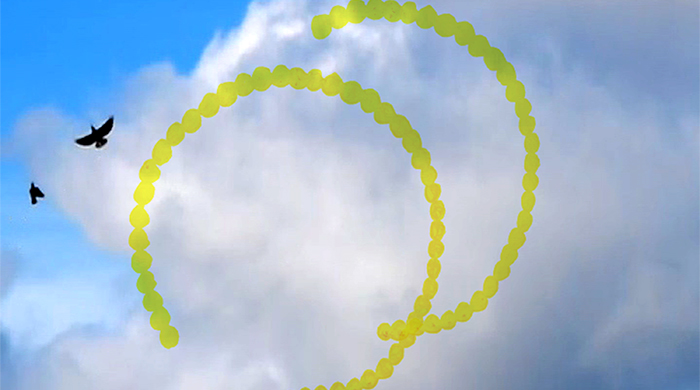 The late Katy Dove, who graduated from Duncan of Jordanstone College of Art and Design, is one of the artists exhibited. Photo courtesy of artist’s estate.

Marking and making time, the contemporary inscribes itself within a technical universe composed of images in constant flux. Faced with this temporal apparition that oscillates between high definition close-ups and impossible wide angle panoramas, Phase Two of CURRENT: Contemporary Art from Scotland grasps the restless energies of now by means of two contrasting takes on the moving image; REWIND and >>FFWD.

Crashing in and out of focus, cutting and editing time the moving image is the aesthetic medium of the contemporary. Yet as a medium it holds more than just the present moment, its play of film strips and pixels is marked by radical histories. Excavating this radical history encapsulated in seminal artists’ video works from the 1970s and 80s, REWIND provides an in-depth historical perspective with which to grasp the condition of the contemporary as a moving image falling in and out of history.

In contrast, >>FFWD seizes the contemporary in its full immediacy and impact. Choreographed as a four-week rolling programme of moving image works from Scotland, >>FFWD illuminates a visual lexicon of now. >>FFWD: Artists’ Moving Image from Scotland featuring works by twenty-four artists, >>FFWD captures the evocative light of contemporary moving image works from four distinct angles. Indexed by questions of the body, history, narrative and time, >>FFWD unrolls the moving image as a medium irrevocably defined by the urgencies of our contemporary moment. The selection of >>FFWD is supported by Modern Edinburgh Film School.

REWIND: British Video Art in the 70s & 80s Drawn from the significant national AHRC research project led by scholars at Duncan of Jordanstone College of Art and Design, University of Dundee, REWIND is a critical and historical counter-point to the contemporary moving image works presented in >>FFWD. Sampling the visual languages and formal innovations developed by video artists working during the 1970s and 80s, REWIND provides a telling account of how the image culture of the contemporary is saturated with citations, quotations and references from its near past. 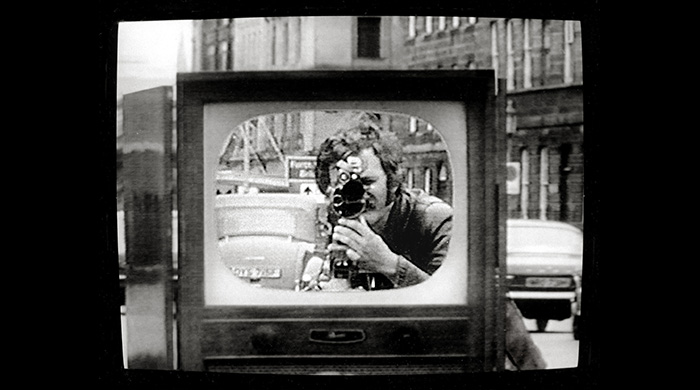 Fast-forwarding to yesterday and rewinding today, Phase Two of CURRENT: Contemporary Art from Scotland throws light on the shadow we call the contemporary. Replete with radical aesthetics and artistic passions, >>FFWD and REWIND bring into startling focus the moving images that give the contemporary its fiction of permanency.

Learn more about the exhibition and the programme of events in Shanghai on Cooper Gallery’s website by clicking here.