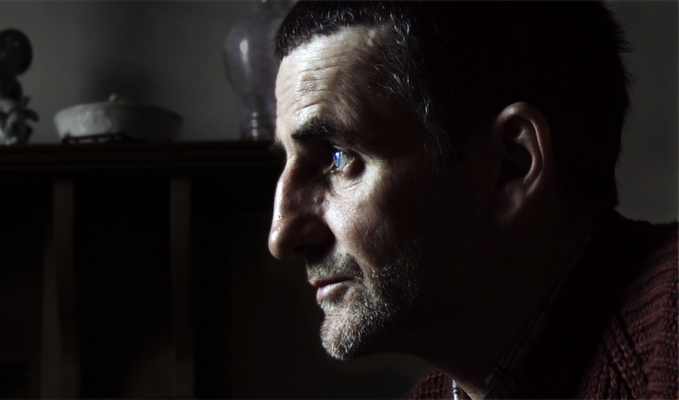 Dundee Contemporary Arts (DCA) are inviting audiences to a special screening of Scottish director Lou McLoughlan‘s debut feature documentary, ’16 Years Till Summer’ on Sunday 15 January at 15.30. The film will be the first to be shown as part of Scottish Encounters, a new strand of programming at DCA which highlights emerging Scottish screen talent. McLoughlan will attend the screening and welcomes questions from the audience after the film.

16 Years Till Summer follows Uisdean, who McLoughlan first met at Castle Huntly prison in Dundee. After serving 16 years for murder, Uisdean returns home to remote Lochcarron to take care of his father Calum, where his hopes for peace, redemption and romance are continuously challenged. A film about what people sacrifice when they need to see the best in each other, 16 Years Till Summer will keep Dundee audiences hoping that Uisdean makes good right until the closing credits.

This riveting story is another excellent addition to the exemplary documentary filmmaking that is currently being produced in Scotland, and DCA are excited to be bringing the film to Dundee.

Director Lou McLoughlan said, “I’m really proud to be bringing 16 Years Till Summer to DCA. It’s such a highly regarded venue amongst filmmakers. And I’m even more proud to be kicking off a season highlighting Scottish film talent; having produced 8 creative documentary features since 2015, it’s time that Scottish audiences enjoyed the same access to these films that international festivals and TV audiences already have. It feels like the right time to open up 16 Years Till Summer to the scrutiny of a home audience.”

Alice Black, Head of Cinema at DCA, said: “With the wealth of talent working in cinema in Scotland today, we felt it was time to create a special showcase for these new films at DCA. Scottish Encounters will give an opportunity for people in Dundee to see new work on the big screen and hear directly from the people involved about their journey from idea to reality.”

16 Years Till Summer will be shown at DCA on Sun 15 January at 15:30. For more information and to book tickets, visit www.dca.org.uk.