Lindsay Brown: Filming on land and at sea 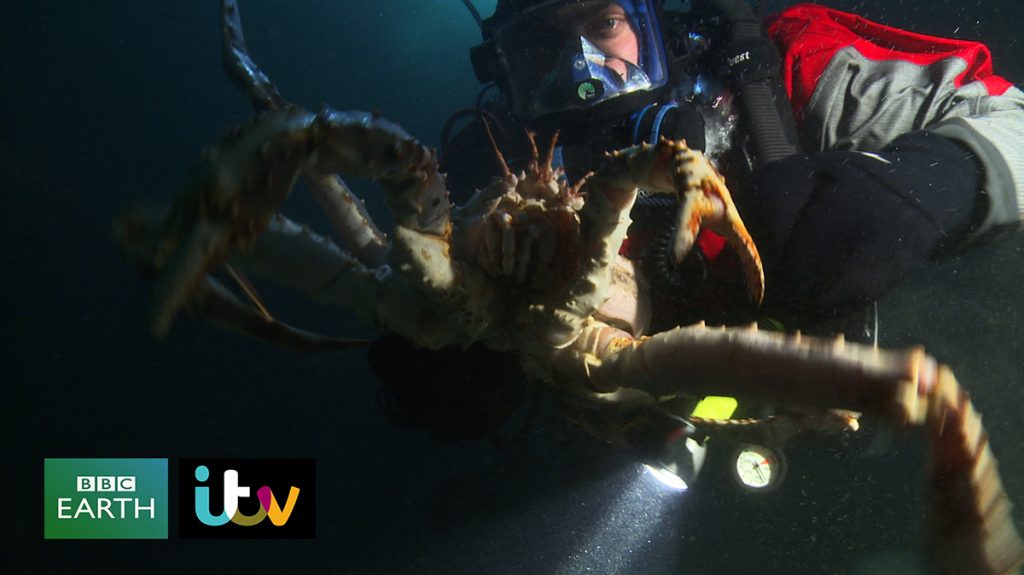 We enjoyed interviewing innovators, architects and designers so much last year that we’ve decided to continue our monthly features to continue celebrating the diverse creative talent in the city!

This month we turned to filmmaking and looked no further than Lindsay Brown a.k.a Stray Seal, who specialises in underwater filming in addition to a variety of film styles – from underwater scenes off the coast of Fife to searching for Humbolt Squid off the coast of Peru, she’s done it all!

Lindsay’s BAFTA nominated short, SWAN follows the relationship of a mum and her daughter, April – who has Autistic Spectrum disorder – on part of the journey to her 16th birthday and adulthood. The family are local, and SWAN will be screened at DCA Cinema on Saturday 18 February. There will also be a panel discussion with April’s mother Sami, Linsday Brown, producer Anne Milne, and Jasmine Miller, principal of New Struan School. You can book tickets on DCA’s website by clicking here.

Can you tell us more about your work and Stray Seal – when did you start up and how did the underwater filming come about?

I studied Fine Art at both Grays School of Art (Sculpture) in Aberdeen and at Duncan of Jordanstone (MFA) in Dundee, and worked as an artist for around 10 years before finding my interest in the underwater world. I had always used photography with traditional film (35mm and Medium Format) to document people, places and ideas, so shifting to moving image was just part of a creative development for me. However the move to wanting to make films proper as opposed to installation art came in 2011.

At that time I had become interested in open water swimming and had learnt how to dive so that I could stay underwater longer to explore this unusual environment. My professionalism in the arts however were at odds with my amateur diving status, so I decided to do something about it. I pitched for business training, set up Stray Seal for underwater film, then got some funding towards my at work SCUBA qualification. Its been an onward journey since, moving to specialised bubble free rebreather equipment, diving deeper and longer, and commercialising my powerboat qualifications so that I have the practical skills to support the creative experience.

I’ve also spent the last six years trying to make a specialised business by doing what I need to, such as commuting to Gloucestershire for 1 and a half years to work and learn about large underwater camera systems. With some small successes such as working for SEPA, BBC (Springwatch, Science, Earth), Outlander and Pinewood, things are creeping forward. I head out with BBC Science for a second time very soon to Norway, to camera assist topside alongside filming as second unit camera in icy water. However in all of this, folk do forget that I work topside too, the underwater aspects are just one part of a much larger set of creative and technical skills. 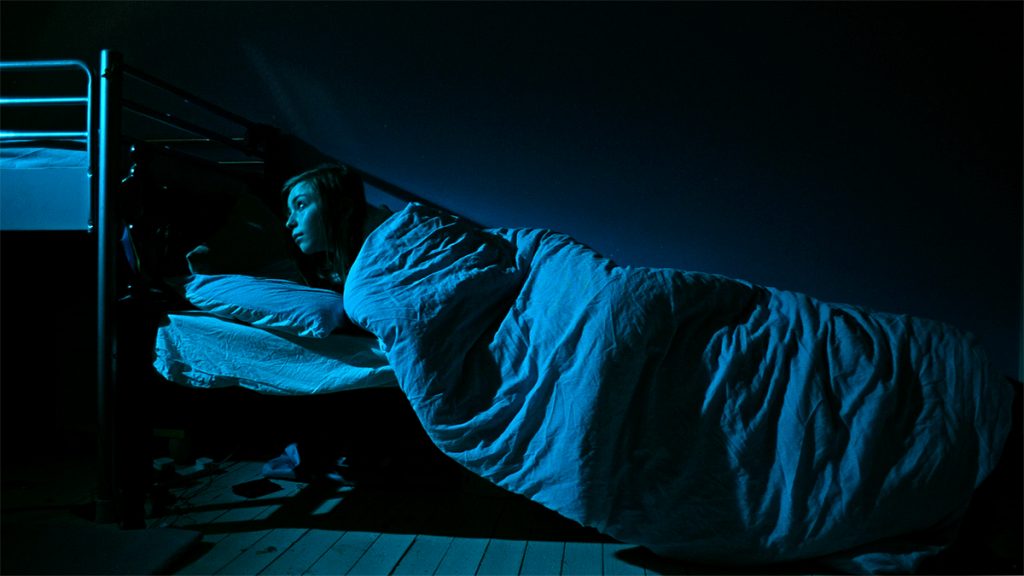 Where did your desire to work in film/documentary films come from? Have you always wanted to do this?

As a visual artist, you are a natural storyteller in one way or another. However I had found that for me, the format and mediums that I was working in within fine art was not enough anymore, and that exploring filmmaking would enable me to weave multiple concepts and themes together in a way that was more accessible to audiences. Even now though, I feel I am really at the start of that journey, as the move from artist who thinks of one concept, to filmmaker that has to think in terms of story arcs, is actually quite difficult! I have felt for a while that I want to try to write (probably a feature film), in part so I can learn about story structure to explore themes, characters and the strangeness of cultures and environment.

All my inspiration as an artist or a filmmaker comes from real people, places, situations or experiences. Therefore I don’t view myself as a person that wants to specialise in one genre alone such as documentary, rather one who will use a specific type of film as a way to express an idea and a story. I really like Science Fiction and thriller, so am drawn to exploring myth, transience and landscapes within those genres. Regarding my underwater and camera work where I work for other people; I much prefer factual and locational work, as it’s more challenging in respects of multi tasking and thinking creatively on your feet. Small documentary shoots are also fabulous to work within; it’s really rewarding working as part of a creative team.

What type of films do you normally produce? Do you produce films for particular audiences?

As in the previous question, I wouldn’t say that I have a specific type of film that I normally produce. Regarding broadcast TV and film, I’ve worked within documentary and factual, presenter led, wildlife focused programmes and drama. This is as a camera assistant or operator. In smaller independent productions I’ve worked as a co director, cinematographer and self shooting producer in ‘behind the scenes’ capture, interviews, drama, corporate films and music videos. This is both above and below the water, so a wide variety really.

As a solo Director doubling as a cinematographer, I’ve made a few environmentally focused corporates and two short films. The first of those shorts was ‘breathe’, an experimental one minute film originally made for Wateraid SH2Orts 2015. It was shortlisted for the London based Underwire Festival in October 2016 for the Cinematography Category. The second short was the documentary SWAN, which was nominated for BAFTA Scotland in November 2016.

What has been your favourite piece to work on?

Although I’ve loved all of the pieces I’ve worked on for various reasons such as challenges with scripts and stories, lighting, shooting in limited environments, or indeed just working with really lovely people, I’ve got to say that my favourite experiences have been some of the shoots abroad. Examples are filming underwater round volatile icebergs in Canada, or filming metre diameter prehistoric King Crabs under sea ice in Norway. I think however that the most memorable was trying to find Humbolt Squid off the coast of Peru. Sixty miles offshore in the Pacific, on a smelly open-backed Peruvian fishing trawler as part of a film team in sea state 5, has to go down as one of my most bizarre, terrifying but amazing experiences in life! 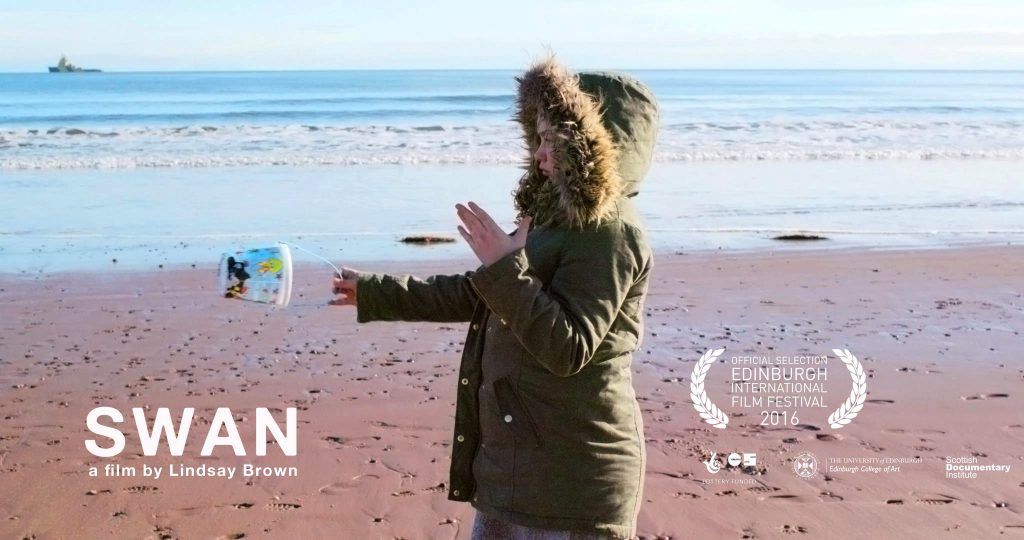 Tell us about SWAN, what was your inspiration behind the project?

SWAN is a fifteen minute documentary that gives an insight into a mother and daughter relationship as the daughter (April) is approaching her sixteenth birthday and pushing for independence. What makes this relationship unique, is April’s profound sensory processing disorder. Sami (the mum) tries to maintain stability for her vulnerable daughter, whilst balancing this with her own emotions over what lies ahead.

Through the snapshot into their lives, we as viewers don’t need to know by way of stated facts the problems that April and her mum may face. We know through the young ones in our lives, how difficult this transition from childhood to adulthood will be. This is from the added responsibilities that being grown up places on us from financial and legal perspectives, to finding our own place in the world; this is of course without the added complications of Autism. However this film was not and could not be about Autism as such, it was about a human journey that was and still is ongoing. If SWAN makes you smile, cry and wonder what will happen to this family in the future, then it will have done its job.

The story behind SWAN is both specific and universal. Being a single mum of two kids myself with a daughter and son around the same age as April, my experiences echoed Sami’s in many ways. Even though April and Sami’s tensions and dynamics are amplified by April’s differing views on the world and her varying needs, she is still a teenager who communicates in her own unique way. For me this was the inspiration, a girl transforming into a young woman and trying to express herself, the beautiful swan that one day strongly and gracefully breaks free to fly.

What advice would you give to those interested in working in film in future?

Gosh, I came at filmmaking from an arts background. This means that I came at it having already project managed my own creative output. Because of this I have found it easy to ‘just do it’, but on the other hand, found it difficult to be taken seriously as regards fitting into larger productions for a specific role other than underwater camera. This is because filmmaking in feature film terms, is still a hierarchical journey within each department. For getting a job, my advice would be to arm yourself with technical skills and be prepared to work your way up. Try to stay enthusiastic and remember that making films is always a team effort.

Regarding making your own films; don’t be afraid! Find out what jobs you are interested in doing (writing, camera, acting etc.) then find a group of people that you get on with and just try to make a film. Join some of the really great local groups that are around such as JAM Collective or Fife Film Crew where you can help and learn within local productions. Some of the most creative films have been made within these groups as collaborative projects. Keep applying for development schemes and funding for training and mentoring (SWAN was Bridging the Gap with the Scottish Documentary Institute), and don’t give up. The journey might be difficult at times, but it has to stay fun and inspiring. So get out of your comfort zone if you are stuck, it’s in those spaces you can allow yourself to be curious.