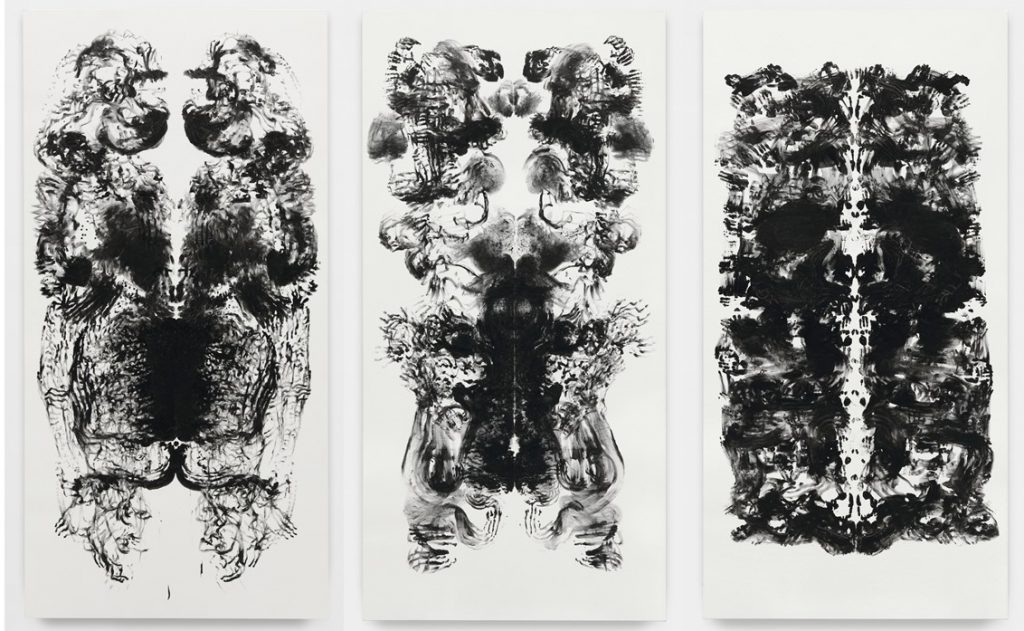 Dundee Contemporary Arts and The Fruitmarket Gallery, Edinburgh are delighted to present MARK WALLINGER MARK, the first exhibition in Scotland of work by Turner Prize-winning artist Mark Wallinger. The exhibition is in two parts, shown simultaneously in both venues from Saturday 4 March until Sunday 4 June 2017. Join Dundee Contemporary Arts for a free preview evening on Friday 3 March from 7pm.

The exhibition features Wallinger’s most recent body of work: the id Paintings (2015-16). These are presented alongside a series of sculptures, films and wall based works that further explore the themes of identity, reflection and perception addressed in this new work.

The id Paintings have grown out of Wallinger’s extensive series of self-portraits, and they reference the artist’s own body. His height – and therefore his arm span – is the basis of the canvas size. They are exactly this measurement in width and double in height. Wallinger uses symmetrical bodily gestures on the two halves of the canvas to mirror one another, recalling the bilateral symmetry of Leonardo da Vinci’s ‘Vitruvian Man’. Created by sweeping paint-laden hands across the canvas in active freeform gestures, the id Paintings bear the evidence of their making and of the artist’s encounter with the surface. In recognising figures and shapes in the material, the viewer reveals their own desires and predilections while trying to interpret those of the artist.

In Edinburgh, the id Paintings are shown among other works concerned with the staging of identity. In Ego (2016), two iPhone photographs depict the hands of their artist/creator. The work, doubly hubristic, is a playful recreation of Michelangelo’s Creation of Adam. 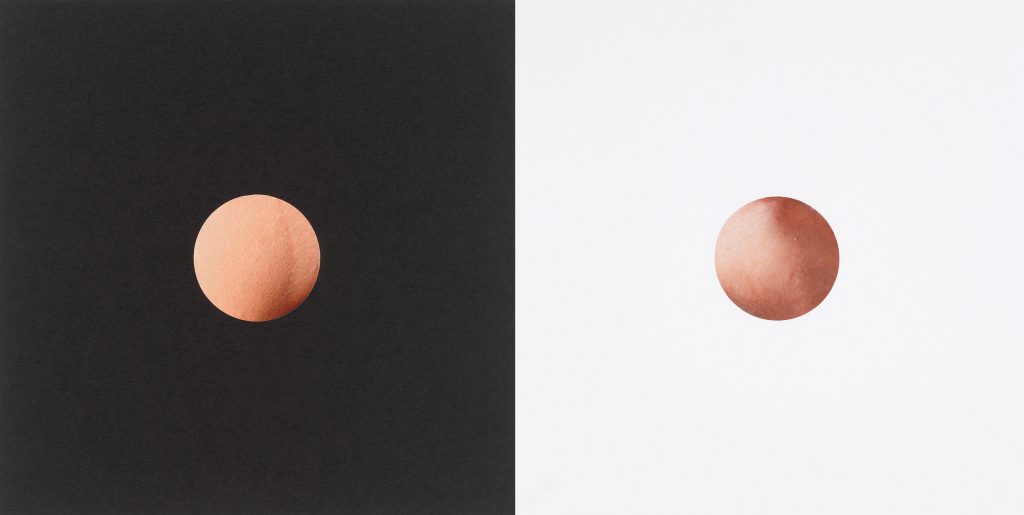 In Dundee, themes of circularity and symmetry continue. Twelve of Wallinger’s id Paintings surround a new work, Self (Symbol) (2017), a capitalised ‘I’ in Symbol font, aggrandised as a three dimensional statue the height of the artist. For Shadow Walker (2011) the artist filmed his shadow walking ahead of him, the figure the sun draws on the London street assuming an autonomous existence as ‘real’ as the artist’s actual body. For MARK (2010) the artist chalked the title all over the city of London within the parameters of single standard sized brick. This deadpan tagging is rendered as a photographic slideshow, each MARK at the vanishing point of 2,265 images. Time And Relative Dimensions In Space (2001), a mirrored TARDIS, is an object trying to shrug off its corporeal form and vanish to some other place and time altogether.

Time is also at play in two large video works. Construction Site (2011) follows the work of three scaffolders as they erect a tower aligned perfectly to the horizon, only to disassemble it and start all over again. In Ever Since (2012), a life sized projected image of a barber’s shop is given eternal life as one revolution of the barber’s pole is animated, spiraling upward forever. In Wallinger’s new four-screen video work, Orrery (2016) the revolutions of an oak tree situated in the middle of a municipal roundabout in Essex are portrayed through the four seasons and by extension become a contemplation of the orbit of our planet around the sun and our place in the universe. The scale and content of Venus and Mars (2016) is ambiguous. These circular photographic images of human flesh, isolated from their original context, could be immense and distant celestial bodies. 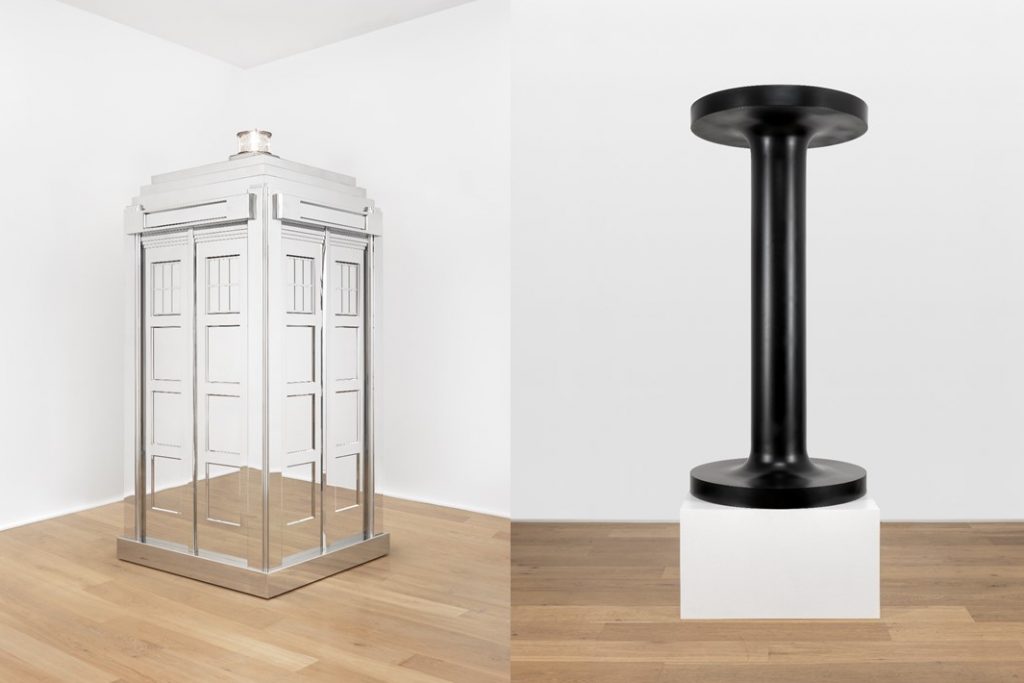 Beth Bate, Director of DCA, said: “We’re delighted to be welcoming Mark Wallinger to our galleries and to be working alongside The Fruitmarket Gallery in Edinburgh in this compelling exhibition of two parts. Mark’s first show in Scotland features his new body of work, the enigmatic id Paintings. We’ve selected a series of sculptures, films and wall based pieces that further explore the themes addressed in this new work – identity, reflection and perception. We can’t wait to welcome audiences to this exciting exhibition.”

Fiona Bradley, Director of The Fruitmarket Gallery said: “Mark Wallinger’s work is timely and compelling, his direct and sometimes playful approach underpinned by a strong sense of social and political commitment. I’m very pleased to be working with him, and with Dundee Contemporary Arts, and hope that audiences in both Edinburgh and Dundee will enjoy the opportunity to engage with his work.”