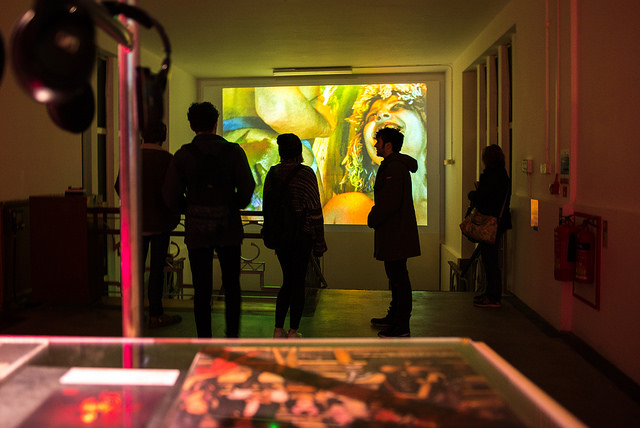 The second chapter of events as part of Cooper Gallery‘s latest exhibition, ‘Of Other Spaces: Where Does Gesture Become Event?‘ has been released and sees a range of activities taking place until March 2017, comprising live performances, screenings, collective readings, and participatory dance.

Referencing art works, artist collaborative groups and activism by women from the 1970s to the present day, the project looks at the contemporary relevance and cogency of feminist thinking on power as it is enacted through bodies, institutions and systems of representation. 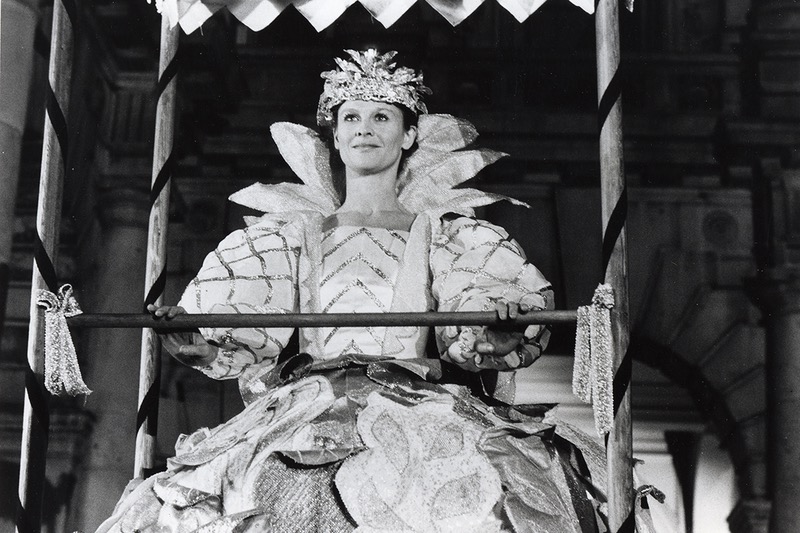 Directed by the esteemed UK film-maker Sally Potter and scripted in collaboration with Of Other Spaces artist Rose English and musician Lindsay Cooper, The Gold Diggers follows the quest of two women seeking to understand the nature of money (gold) and the nature of the female film star as an icon of cinema. Drawing parallels between gold and the iconic celebrity woman as objects to be exchanged, the film uses Brechtian techniques distinguishing between what is the film and what is real life.

With its numerous references to the history of cinema, from D.W Griffith’s Way Down East (US, 1920) through the Hollywood musical Gold Diggers of 1933 (US, d. Mervyn LeRoy, 1933) to David Lean’s Doctor Zhivago(1965), The Gold Diggers celebrates and yet also critiques mainstream cinema including the exchangeable bodies featured.

“The Gold Diggers is a valuable addition to an increasing number of films by female directors, whose works are thematically united by a desire to sift through personal and cultural history as a key step towards self-awareness and liberation” The Screens.
Find out more about the film via Sally Potter’s website here.

We Dance Ourselves! Re: Rosas! Participatory Dance Workshop #3 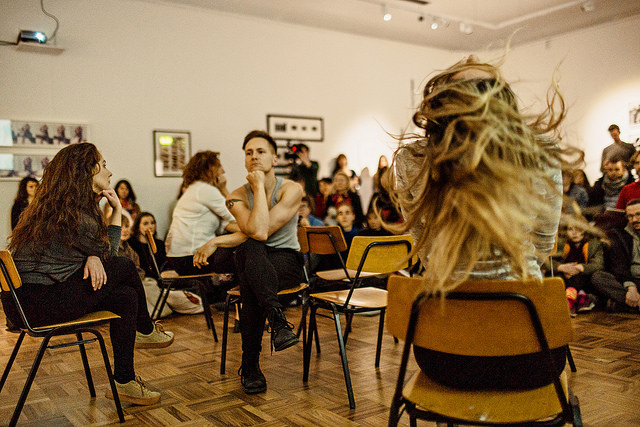 Join Cooper Gallery at the third We Dance Ourselves! Re: Rosas! Participatory Dance Workshop. Leading the workshop this time will be Glasgow-based dance artist and choreographer Melanie Forbes Broomes (of Various Dance Artists V/DA).

In 2013 De Keersmaeker initiated the Re:Rosas! project that has opened up Rosas danst Rosas to the public to be performed freely and uploaded via video to the Re:Rosas! project website, where step by step video tutorials for the famous ‘chair movement’ can also be found: www.rosasdanstrosas.be

Rosas danst Rosas was first performed in 1983 by De Keersmaeker with her contemporaries Fumiyo Ikeda, Michèle Anne De Mey and Adriana Borriello. The fierceness of the movements in the performance is countered by small everyday gestures and the performance is unequivocally feminine: four female dancers dance themselves, again and again. A benchmark in the history of postmodern dance, the piece has been considered as a statement of a woman’s power and a feminine stance on sexual expression. Since then, the dance has become legendary and has been staged across the world.

Workshops are free and open to everyone, novice, an amateur or a professional, whatever your age or level of experience.

If you would like to participate in the workshop as either an individual or a group, please email your details to exhibitions@dundee.ac.uk for further information.