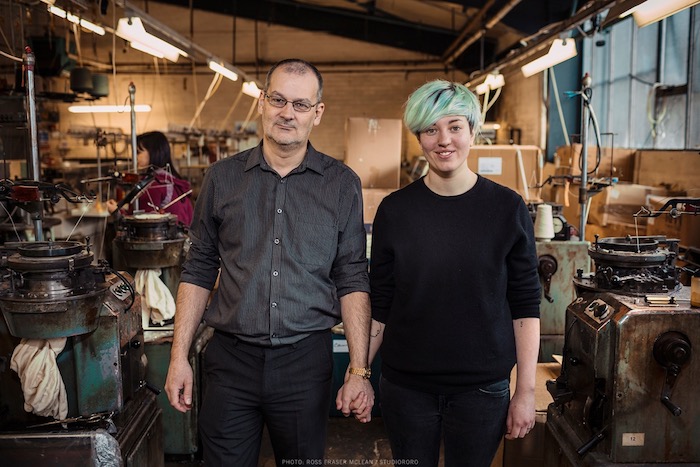 Dundee, the UK’s only UNESCO City of Design, is set to host the second Dundee Design Festival following the success of last year’s four-day celebration of world-class design. The Festival will run Wed 24 – Mon 29 May 2017.

Dundee Design Festival returns to West Ward Works for a stimulating series of workshops, performances, exhibitions and talks during an extended five-day run in May. In 2017, the festival will use the rich backdrop of this former print factory as context in which to describe what making means now.

This year’s theme is ‘Factory Floor’. The theme acknowledges the global shift in design practice where designers and makers are blending forms of production – a mix of craftsmanship and industrial processes to create a hybrid of the very old and the very new.

“We’re interested in exploring the connection between the traditional view of working factories and assembly lines together with contemporary design processes, materials and tools,” says festival producer Siôn Parkinson.

The theme also pays homage to Dundee’s rich industrial heritage during Scotland’s 2017 Year of History, Heritage and Archaeology and the growing movement towards re-purposing former industrial spaces as arts venues and studios.

For over 60 years, West Ward Works was home to the printing and binding of DC Thomson comic book annuals, including titles such as The Beano, Beezer, Twinkle and Topper. The factory closed its doors in 2010 and was soon emptied of its machinery leaving a series of vast open spaces that since 2016 has become home to the Dundee Design Festival.

On Wednesday 1 March, Dundee Design Festival announce a nationwide call for designers and makers to take part in a vast installation, ‘Factory Floor’.

‘Factory Floor’ celebrates makers and their machines. Forming the centrepiece to the festival and featuring designers whose work embraces experimental processes and innovation in materials, this exhibition marks a moment in contemporary design and post-industrial production.

Playful, bold, and unpredictable, ‘Factory Floor’ will showcase the new objects and ideas emerging from studios and workshops from the UK and around the globe. The exhibition will confidently mix craft and design, products and prototypes, models and maquettes, the tried-and-failed, and the interventions and errors that find their way in to digital techniques and make for radical forms.

In 2017, the festival is partnering with Make Works, an open-source online directory of working factories in Scotland, on the newly launched ‘Dundee Design Festival Factory Residency Programme’.

Make Works was founded in 2014 by Fi Gibson-Scott after travelling over 3,000 miles from Shetland to the Scottish Borders to visit and map Scottish manufacturers in a mission to help make fabrication in Scotland more accessible for artists, designers and makers.

The Factory Residency Programme will select and match three designers with Scottish based manufacturers. Over six months, the residency will allow designers time and space with specialist fabricators to test new ideas, improvise with materials and experiment with different production techniques. Deadline for applications is Monday 6th March.

The successful designers will be selected from a 3-way panel including Make Works, design, fabrication and installation experts Old School Fabrications, and design studio Tom Pigeon with an announcement scheduled for Monday 13th March. 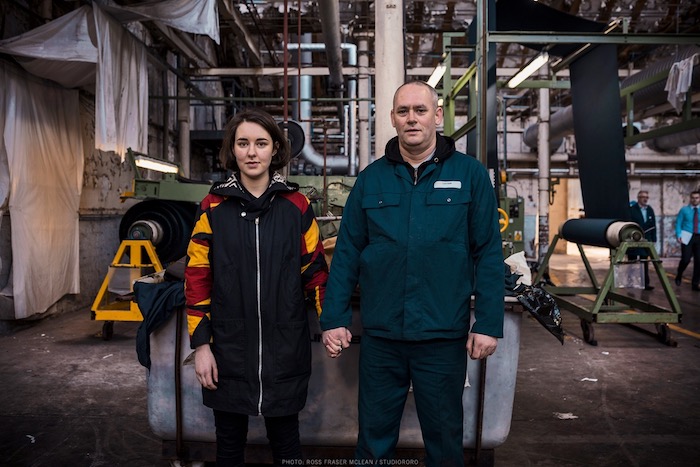 Ahead of the final festival programme, Siôn Parkinson has revealed some of the other 2017 festival highlights:

For the full five days of the festival, Print Festival Scotland, a collaboration between Dundee Contemporary Arts and the University of Dundee will take over an entire room at West Ward Works to produce an enormous installation of sculpture and print, Print City.

Dundee has a rich history and vibrant culture of print and printmaking that will be celebrated in this project.

Print City will encourage hundreds of people to get involved in creating an abstract and interlocking model of the city that will fill the gallery from floor to ceiling in a dazzling mix of pattern, colour and text.

Visitors to Dundee Design Festival will be invited to try their hand at making anything they imagine at the festival’s pop-up digital fabrication studio, Wee Works. In partnership with MAKLab, Wee Works will house a range of equipment available for visitors to experiment with including 3D printing, laser cutting and CNC milling along with a virtual reality suite.

MAKLab was founded in 2012 by architect Richard Clifford to allow people to access the latest production technologies. With a network of spaces across Scotland and connections around the globe, MAKLab allows designers and makers to trade skills and resources with each other.

For music lovers, the Singer Machine Choir – an enormous choir of community singers from across Dundee – will perform the sounds of factory machinery, while a series of large-format inkjet printers respond to their voices in real time.

Siôn Parkinson, said: “The festival is a mass assembly of makers, thinkers and creators. As a progressive 21st century city, and the UK’s first and only UNESCO City of Design in recognition of the contribution the city has made to design worldwide, we’re really proud that these conversations about design are happening right here in Dundee.”

Stuart Turner, Head of EventScotland, said: “The Festival is a great celebration of Dundee’s status as a UNESCO City of Design, and we are delighted to be supporting it again through our National Funding Programme.”

“Scotland is the perfect stage for cultural events and the Festival’s diverse and interactive programme is testament to that fact, giving visitors the opportunity to discover innovations in the field, whilst also experiencing the city’s rich industrial design and print heritage in the Year of History, Heritage and Archaeology.” 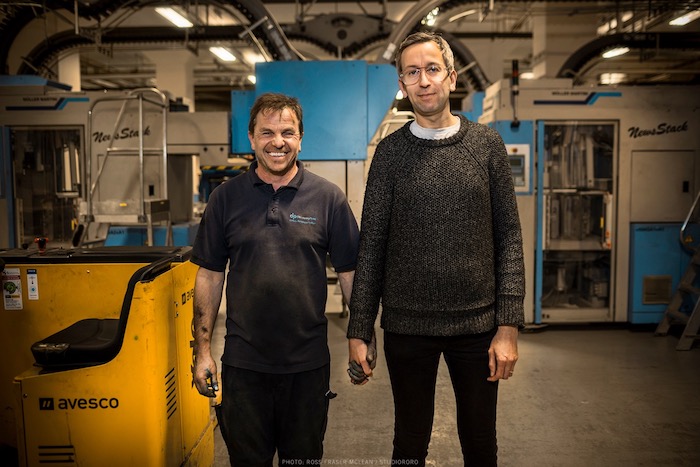