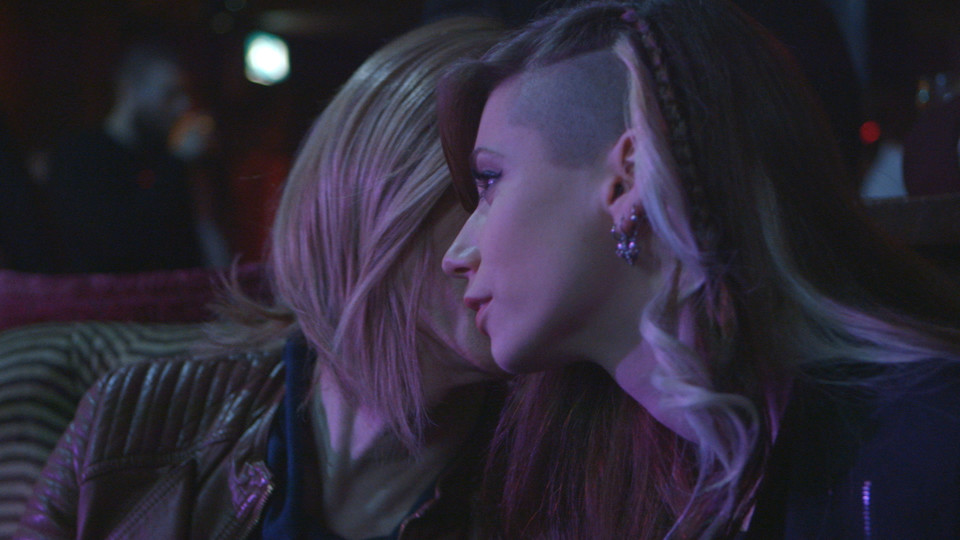 Our blog this month comes from Lucie Rachel, a lens-based artist working with still and moving image to explore themes of domesticity, gender and the unspoken. Since graduating in 2015 she has directed award winning shorts with the Scottish Documentary Institute and Glasgow Film, and is currently working on a project with Arts Council England. Lucie lives and works in Dundee where she is a committee member of Tin Roof Arts Collective, Dundee Ceramics Workshop and Cupar Arts Festival.

Despite personal documentary as a sub genre having a reputation of producing self absorbed and ego-centric films (that only a mother could love), first-person filmmaking is often not the cinema of ‘me’ but of another person, a loved one, an event or a community which informs the filmmaker’s sense of self. This form of documentary offers unrivalled access to subject, holding the ability to unlock and examine cultural identities, geopolitical contexts, ethnicity and personal histories from an intimate perspective.

While the outdated opinion of personal documentary is slowly eroding, the stigma attached to creating personal work will always persist at the back of the filmmaker’s mind: ‘Who are you to be putting your life on screen?’ Previously mentioned thoughts of narcissistic content, followed by the heartbreaking notion of exploiting your family, your situation, your community, yourself. Self-doubt wreaks havoc on the emerging filmmaker, with the pressure – the necessity – to tell your story with integrity and authenticity. When it comes to holding up your life to the light for the audience, it can be incredibly anxiety-inducing. To make matters more complicated, when your work and life are so intrinsically linked it can be difficult to receive criticism or comment due to fear of offending.

As well as the outside pressures of personal filmmaking, there is also the less discussed emotional effects on the director and the rest of the team. The impact of first-person filmmaking on mental health has been apparent in all of my films, but most notably in Where We Are Now (2016) in which my transgender parent explains their experience of being in transition and how events have changed and challenged family relationships. Around the half way mark in the film, I also briefly open up about my hesitation to come out before knowing I had a queer member of my family. Every time the film is viewed by another audience, or someone new asks me about the film, it can feel like my family is coming out, again and again. Sometimes that’s okay, especially around queer audiences, but other times it can be mentally exhausting and leave me feeling exposed, anxious and vulnerable.

Knowing your boundaries, both during the making of the film and afterwards, is imperative in protecting your mental space; there is no obligation to your audience to reveal all. One of the best pieces of advice I’ve ever been given was that part of the beauty of film as a format is that what you don’t say in a film is just as important as what you do say.

It’s not all bad though – it can’t be – otherwise intimate pieces of work would never be created. I’ve now made three documentaries on private and difficult subjects. Each one has been fundamental in helping me to work through the complex emotions attached to them. In some ways they also helped to validate certain feelings for myself and my family, not only through being able to tell our stories, but also by forcing us to have conversations that we perhaps wouldn’t naturally engage in. Without making these works, who knows what our present family dynamics and relationships would be.

For some personal documentaries that focus on the family, I would highly recommend The Closer We Get (2015) by Scottish director Karen Guthrie, Tom Fasseart’s A Family Affair (2015), and the short film The Third Dad, by artist Theresa Moerman Ib. Making first-person work is always going to be a mixed bag of emotions, but that’s part of the essence of what makes personal documentary so powerful.