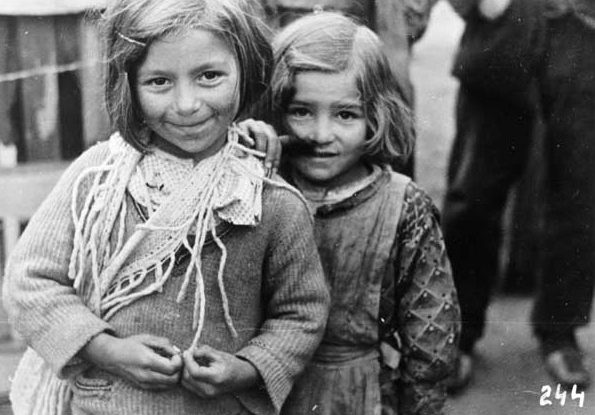 From August 28th to September 9th at Dundee Central Library there will be an open exhibition available for the public, exploring the story of the Basque child refugees from the 30s and their curious connection to Dundee.

The story is truly a fascinating one, here’s what Brian Devlin (who is organising the event) wrote about it: “After the bombing of Guernica in 1937 during the Spanish civil war 4000 children were evacuated to Britain. The government did not want to compromise its policy of neutrality and offered no assistance to the El Nino’s. Mining communities, schools, churches, trade unions, peace groups and private sponsors supported the children who also raised money by performing concerts of music and dance from the Basque country.

The only Scottish colony was established in Montrose by supporters from Dundee. A concert was held at the Caird Hall to raise money for the child refugees. It is 80 years since the El Nino’s came to the area. Dundee and Angus should be proud of the support that they gave to the children. We hope our exhibition will let more people know about this local history.”

At the opening of the exhibition (August 28th at 5:30pm) you can also catch a free screening of the documentary ‘The Guernica Children‘, which details the story. Got along to this fascinating opportunity and celebrate Dundee’s long standing tradition of thinking globally and acting locally.

If museums and history are your thing, then check out Suzanne’s Pecha Kucha talk from a few years back.