Blog: 10 Things I Learned from Making a Podcast 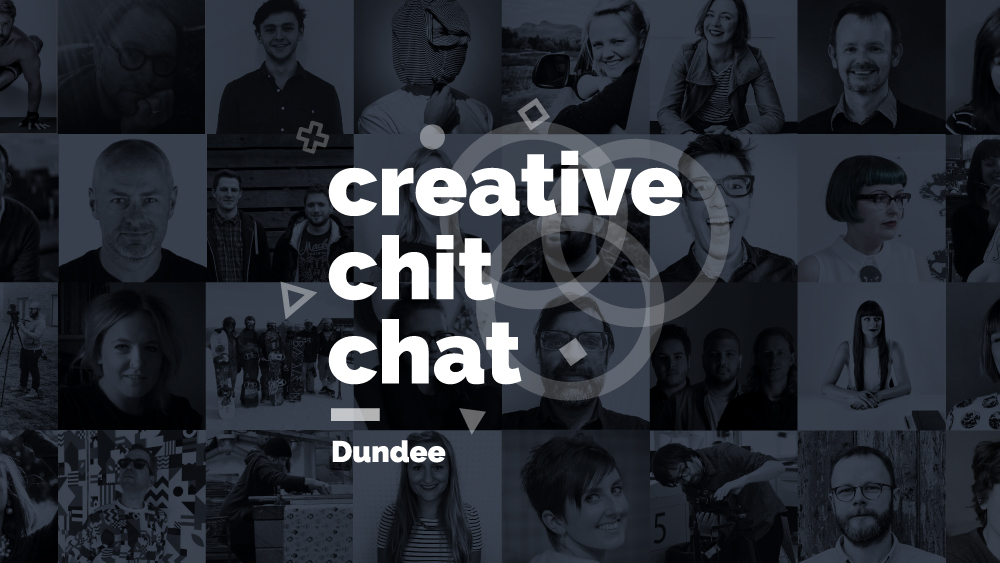 On this blog, Ryan McLeod from Slurpp talks about his experience of making the first season of the excellent interview podcast; Creative Chit Chat Dundee. You can subscribe to it on iTunes or listen on Soundcloud, just in time for the second season which premieres next Wednesday.

Last November I made the decision to create a podcast celebrating creative talent in Dundee. I had never done anything like it before but I knew there was real value in creating something that shared the journeys, thoughts and opinions of creatives working in and around Dundee.

By now I have released 35 episodes of Creative Chit Chat. There’s been a lot of late nights and hard work to get here but its all been worth it. I want to share some of my learning from the last year or so and highlight some relevant episodes.

1. Learn by doing
An idea is worthless until you act upon it. I deliberated for weeks as to whether I had the time and skills to run a podcast. In the end I just gave it a try. I made mistakes and I learned from them fast. I quickly learned what worked and what needed work.

Although not my first released episode, Kate Saunderson was my first actual recording, and I learned a lot from this one.

2. Everyone is just muddling through & winging it
The more I speak to people about their careers, the more I realise no one has it all figured out. Things happen, circumstances change, we adapt and take advantage of opportunities. I believe that if you work hard enough, opportunities will come. Don’t worry if you don’t have the next 10 years planned out, just figure out a general direction and go for it.

Brand manager of Haro BMX in California, John Buultjens is a prime example of being passionate and grabbing opportunities whole-heartedly.

3. Everyone asks ’was that ok?’
As soon as I turn the mic off, this is the first thing guests say. Everyone is self conscious about what they’ve just said but the truth is, they don’t have to be. There might be a few stumbles or ‘ums’ and ‘ahs’ here and there, but the stories are just fascinating. Dundee is filled with so many interesting and diverse creatives I’m not going to run out of guests any time soon.

4. Work out your measure of success
Success has become a common theme in the podcast because it’s different for everyone. I love the question ’What is success?’ because it generally makes people squirm!

We should all have a think about what success means to us to put our goals and lives into perspective. We’re not all going to be millionaires with boats and gold toilets.

This roundtable discussion has some interesting views on success.

5. Failure is healthy
You’ll learn far more from failing than doing everything right. Failure makes you question, analyse and reconsider. Don’t let failure get you down, act fast and reiterate by injecting your learning back into your work.

Service Designer Lauren Currie pushed herself out of her comfort zone by trying stand up comedy.

6. Don’t get stuck in a rut
It’s easy to go with the flow for a few years and end up in a job that’s not fulfilling anymore. All of my guests have had pivot points in their lives where they recognised it was time for change. The key is recognising these points early and taking some risks.

Fi Munro talks about how it took stage four ovarian cancer to completely turn her life around.

7. Building an audience is hard work
Things generally don’t happen overnight they take hard graft and long hours to create anything of value. I’m still learning how to grow the audience slowly but surely.

Finlay Wilson has built a massive social following and here’s his story.

8. Recordings are a double edged sword
Guests tend to find the recording quite relaxing and enjoyable. A few have actually said talking about themselves at length is similar to being on a therapist’s couch analysing their past.

On the other side of the table it’s a total juggling act; time checking, scribbling notes and working out the next question to ask all while trying to look like I’m listening intently.

Some guests do make my life really easy though, like Director of the DCA Beth Bate.

9. It’s a great way to meet amazing people
Almost everyone I’ve approached to be a guest has said yes. I’ve managed to get a couple of hours of people’s time that I would’ve struggled to otherwise and I’m very grateful for that.

I was privileged to get an hour of Clive Gillman’s time to pick his brains about his journey.

10. There should be more podcasts in Dundee
I want to see a healthy podcast listening and creating culture in Dundee. So we can all be sharing our insights and knowledge more. Podcasts are a fantastic medium for doing this.

If you want some advice on starting your own podcast, listen to Colin’s episode. He runs a platform dedicated to teaching people how to podcast.

Creative Chit Chat – Dundee will return on Wednesday the 20th of September for the start of the second series with a compilation of short chats from the Dundee Design Festival. Keep up to date on Twitter and Instagram.