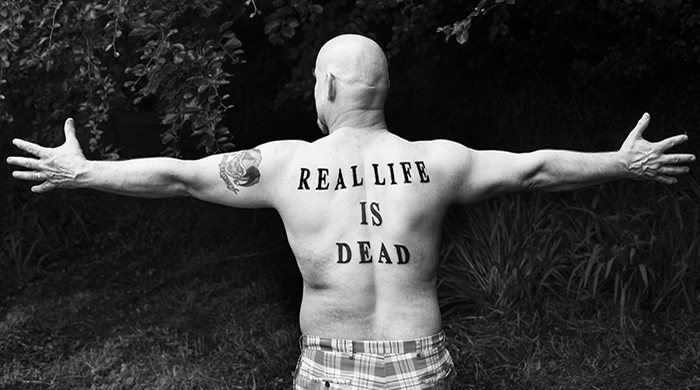 Curated by Cooper Gallery, Duncan of Jordanstone College of Art and Design, University of Dundee in the UK in collaboration with Shanghai Himalayas Museum and organised in partnership with the British Council, CURRENT|不合时宜: Contemporary Art from Scotland is a four-phase contemporary art exhibition programme, showcasing for the first time in China the distinctiveness of contemporary art made in Scotland, its grass-roots spirit and its keen debates with the social dimensions of art and culture.

Comprised of two solo exhibitions from Bruce McLean and Ross Sinclair, Phase Three of CURRENT illuminates how different experiences of ‘the contemporary’ are constituted in time.

Spanning forty-eight years, I Want My Crown is the first major exhibition of the British artist Bruce McLean in China. Born in Glasgow and studying at Glasgow School of Art from 1961-63, McLean was at the forefront of Conceptual art in Britain. The exhibition includes his iconic works Pose Work for Plinths (1971) and Urban Turban (1997), as well as new commission Chicken Wing (2017), a work that alludes to a seemingly absurd yet illuminating message “What are you doing there? I’m only doing my thing.”

Heralding a seminal point in Ross Sinclair’s practice, Real Life Is Dead/Long Live Real Life sees Sinclair unveiling this new phase in his practice with an addition to his 1994 ‘Real Life’ tattoo with the words ‘Is Dead’. A leading figure in contemporary art in Scotland, his ongoing Real Life project has been disseminated across a range of exhibition, performance and publication platforms, positioned against a critical framework of contested models of audience participation. In keeping with this, Sinclair is undertaking an artist-in-residency prior to the exhibition as part of the Spirit of Youth campaign, brought by the UK government including British Council and Visit Britain. As a result, we are delighted to announce that during the opening reception on 22 October, Ross Sinclair will premiere a new performance The Scottish-Chinese Real Life Orchestra, produced in collaboration with musicians, artists and young people in China.

Playing off its Chinese translation of ‘untimely’, CURRENT questions the political, social and economic discourses that contest this present moment and its apparition as culture. The artists brought together in CURRENT illustrate the oppositions, contradictions and paradoxes that give contemporary art and culture in Scotland such experimental energy. This exhibition follows the recent Two Night Stands exhibition programme at Cooper Gallery from earlier this year, co-curated with Lynda Morris and featuring work by both artists. Bruce McLean also previously collaborated with Cooper Gallery on the exhibition A Cut A Scratch A Score, a performance and exhibition project in 2013.

You can catch the exhibition at Cooper Gallery until the 10th of November. 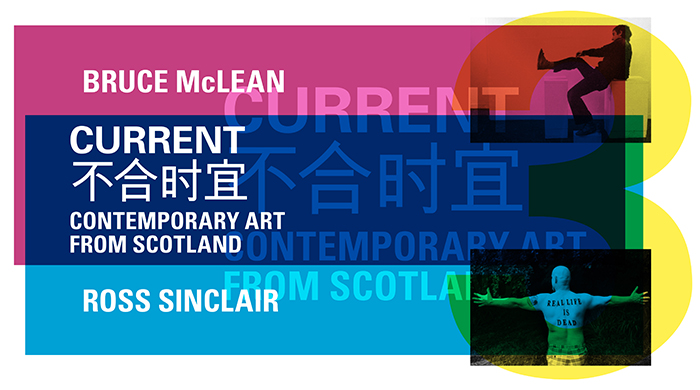