Naomi McIntosh is a third year Interior and Design student at DJCAD. She promotes her design work under the name ‘Nomimaci’ and as well as design has a strong passion for photography. In a recent personal project, she decided to do a travelling exhibition to raise awareness about chronic pain conditions. As part of this project she undertook a photoshoot to help convey the daily struggle living with a chronic pain condition.

Pain UK, an alliance of charities providing a voice for people living with pain, reports that 14 million people in the UK suffer from chronic pain conditions. Though this has severely impacted the quality of life for many people, it is still one of the most underfunded departments in an already struggling NHS. This is an alarming statistic. 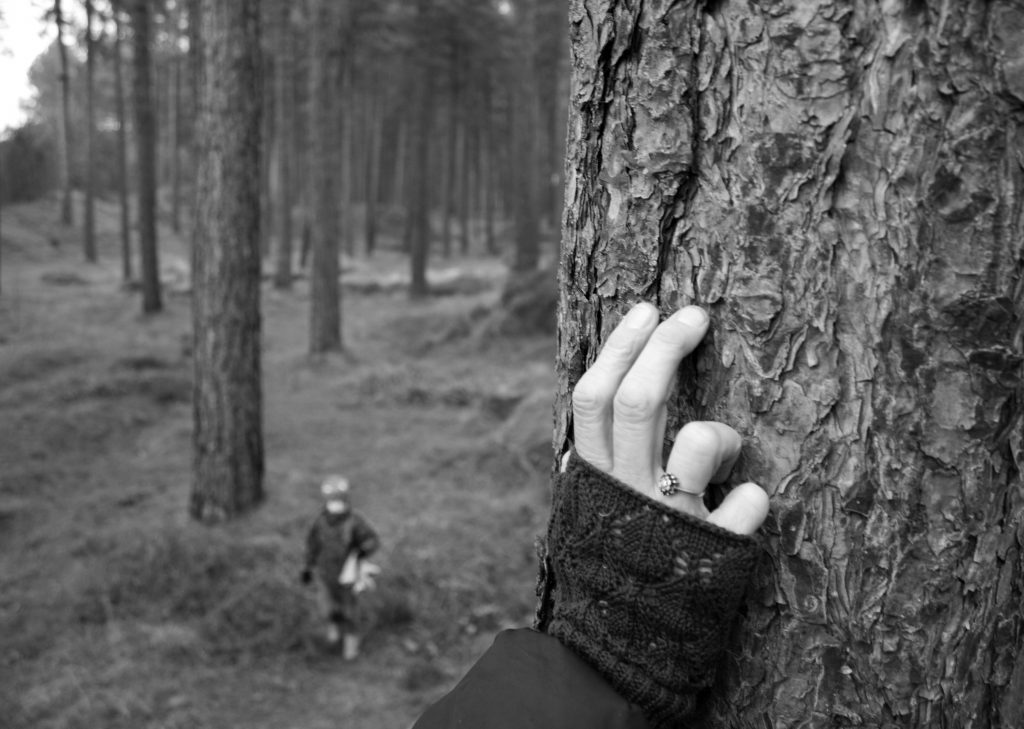 As part of Phase I of my research, I circulated an online questionnaire to chronic pain sufferers using open ended questions to deduce as much information as possible. It received a huge response with 169 answered surveys in just a few days. One of the main themes was that sufferers reported a lack of understanding from others and would like those around them such as family, friends and colleagues to be more compassionate about their condition. I decided to focus on this as the main outcome for my project. 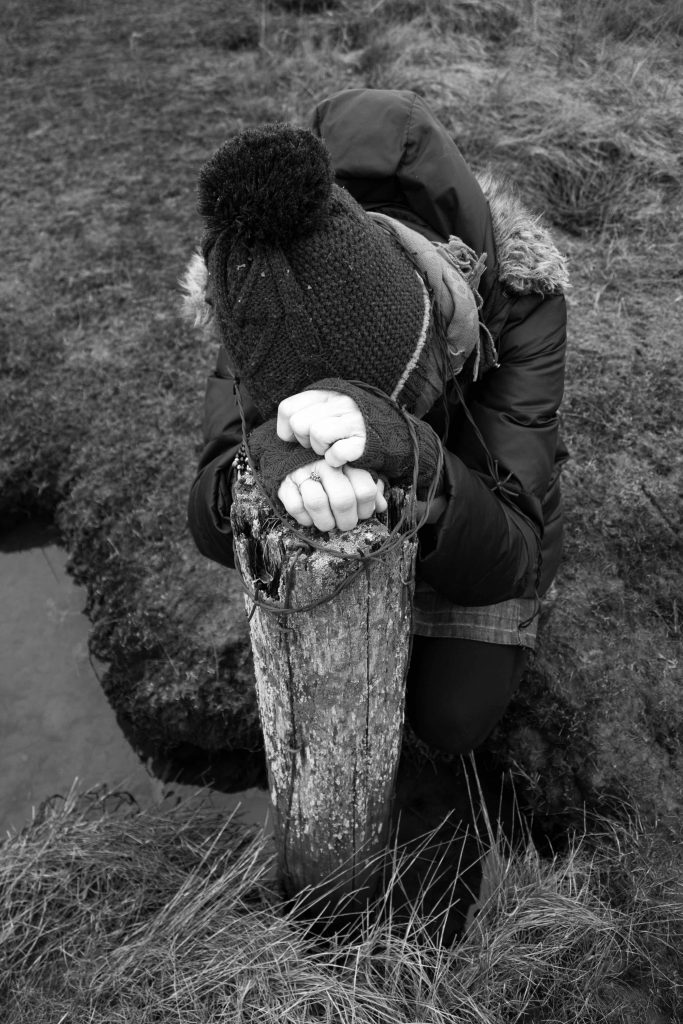 One of the biggest challenges I faced was how to visually convey pain, something that is invisible. I decided to put my photography skills to use and arranged a photo shoot. I asked chronic pain sufferer Shirley Townsley to be my model and chose Tentsmuir Forest over in Fife as my location. I thought it provided the ideal backdrop, having the trees likened to nerve pain receptors. The photos were later edited to look even darker in monochromatic for a more dramatic result. 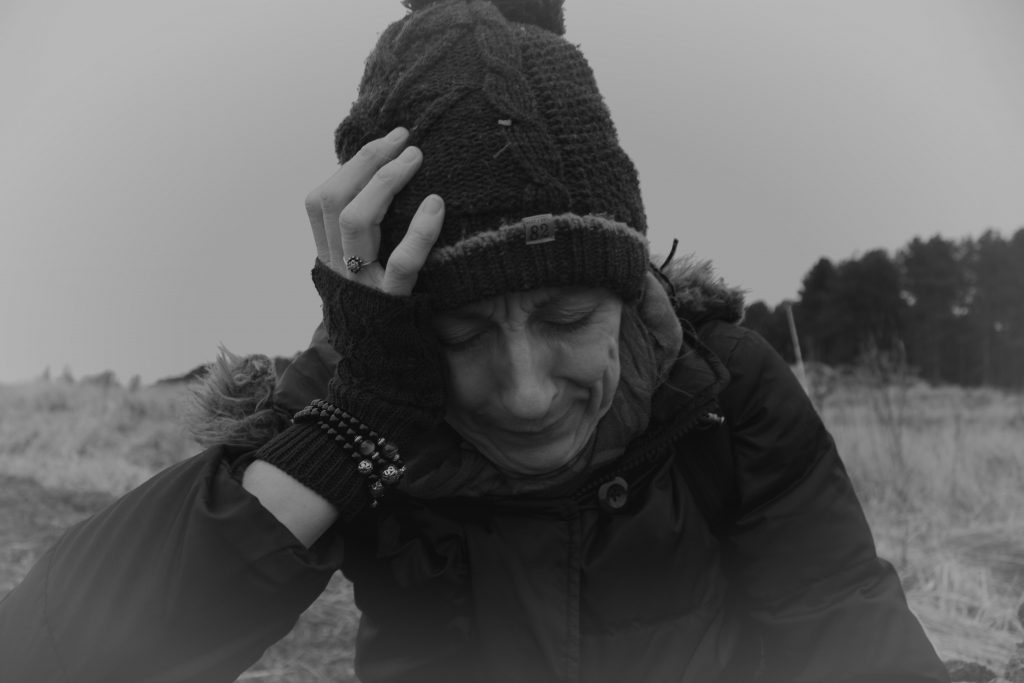 Using the key themes gathered from the surveys, I compiled a list of key words to base the photographs around. Some of these being; misery, isolation, fatigue, stress, brain fog and struggle. Working with Shirley we tried several different poses against a few different backdrops using these themes. A lot of the photoshoot was improvised on the day but I thought it would be better to work this way rather than have too fixed an idea of what I wanted to achieve beforehand. I wanted to be as flexible as possible and see what evolved naturally.

I feel that the most striking of these images from the day is Shirley grimacing in pain from inside a holly bush, the prickles a good representation of the suffering felt. I thought this successfully depicted the torment of living in constant pain. 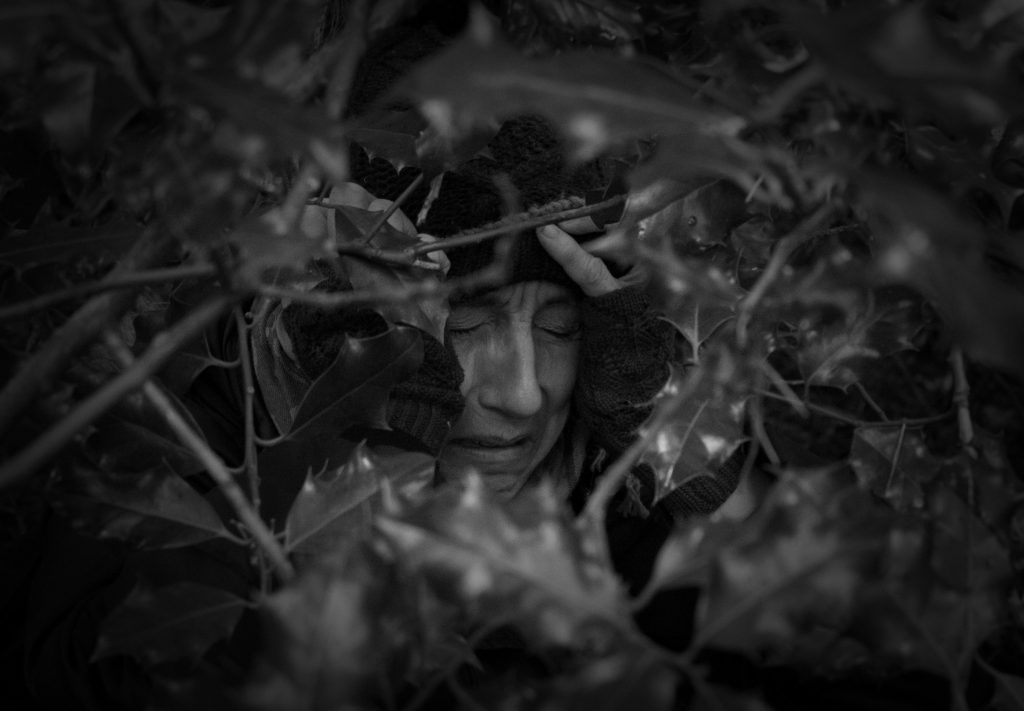 Another shows Shirley in an anguished crouch under a barren tree. In this example, I felt the tree could represent the nerve centres of the brain against the dull sky, offering no respite from the unrelenting pain. Many chronic pain sufferers report sensory overload and I felt all the different appendages of the tree symbolised this well. 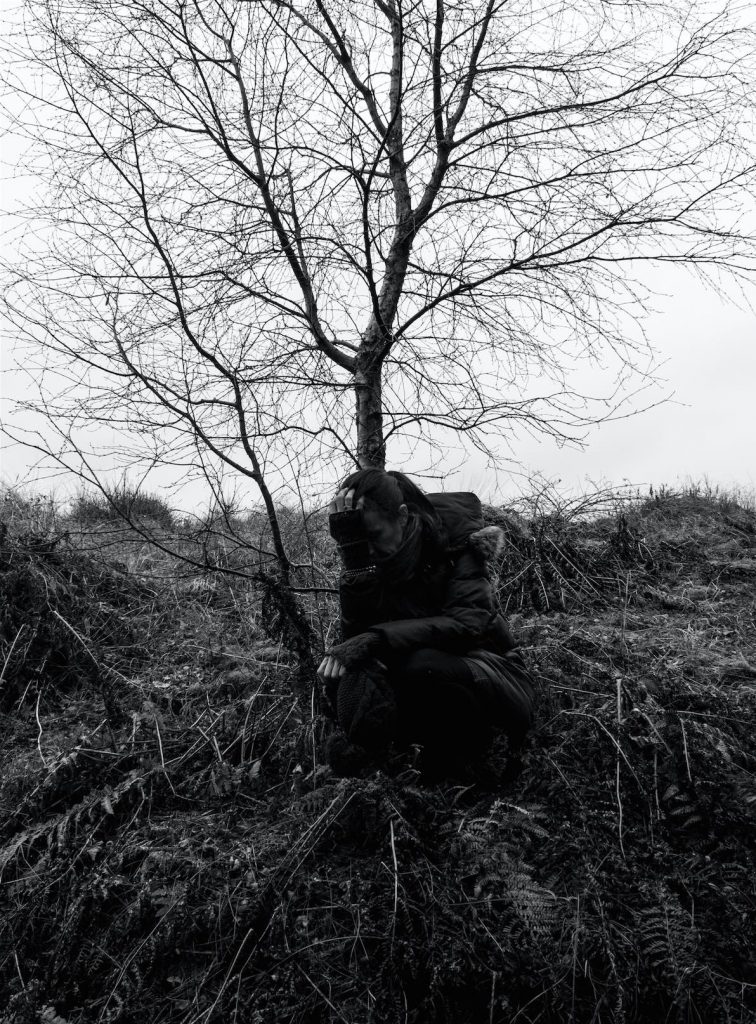 Isolation was another theme. The tide was out that day and I shot Shirley from a low angle, from a distance on the sand flats with the empty expanse around her. In the background a group of people are cooking around a fire. I feel that this helped create an image that Shirley was alone and cut off from friends. 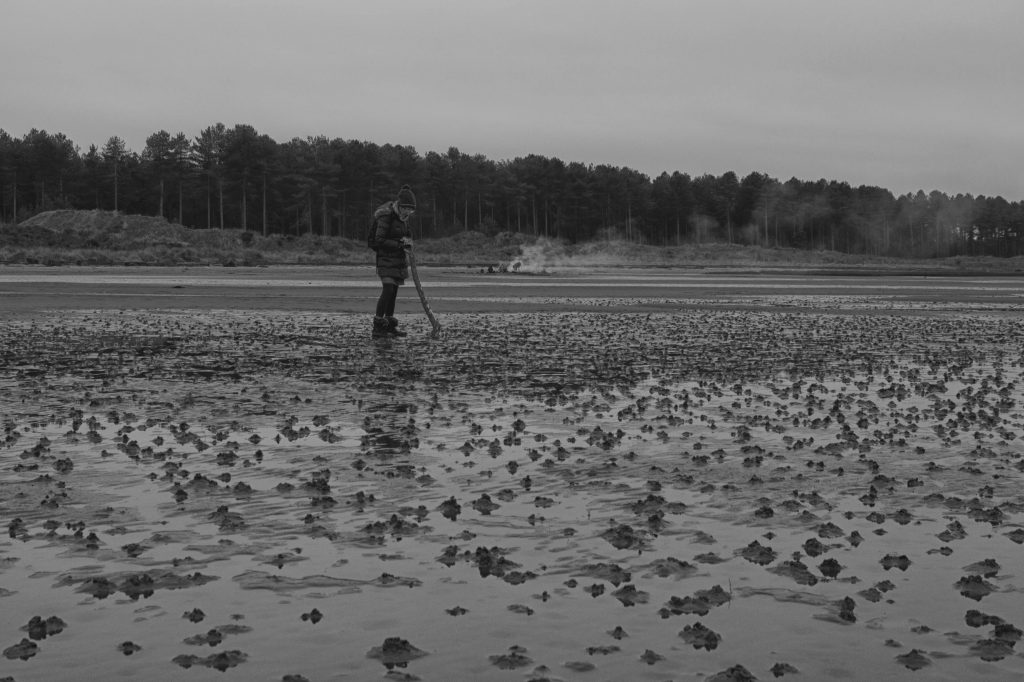 This photoshoot was part of a design project called ‘Pain in the Bus’; a travelling exhibition designed to raise awareness about chronic pain conditions using Edinburgh’s Travelling Gallery bus. I thought these photographs would work well as part of the interior exhibition content to help convey what it is like living with a chronic pain condition as well as being an effective part of my design development process.

You can find out more about this project on my website.