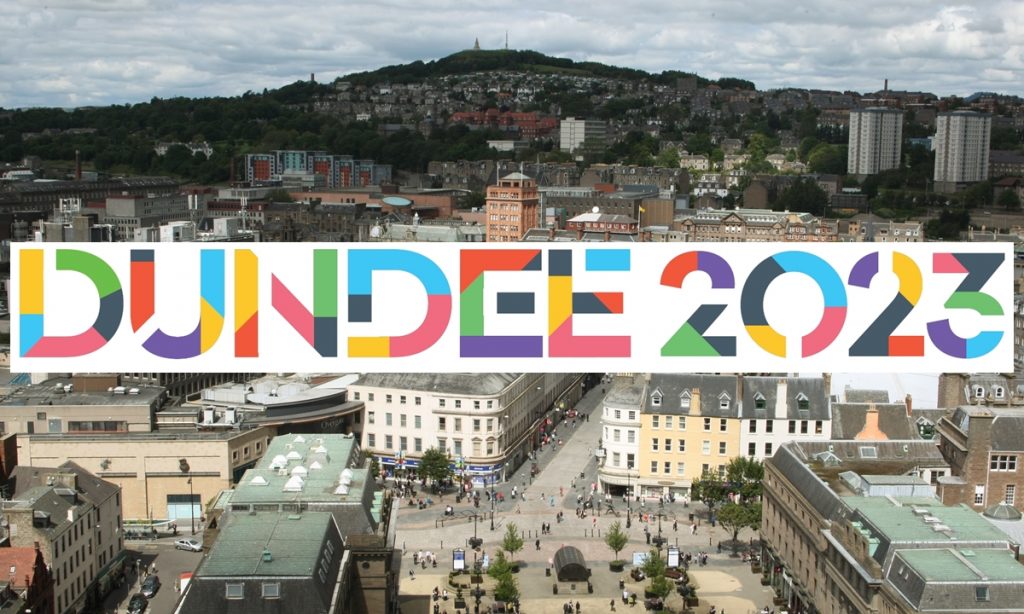 We’ve seen the excitement build up over the last few months about the city’s European Capital of Culture 2023 bid, with much anticipation! Lots of individuals and groups around the city contributed with ideas and projects which truly showcase the creative power of the city. Now it’s time to take the next step on that journey…

Dundee is ready to submit its European Capital of Culture 2023 bid in time for the deadline at the end of this week. The Dundee 2023 bid team are inviting everyone to the City Square on Thursday at 12.45-1.45 to wave off the Dundee 2023 bid. With flags, music, dance and food this is a great chance to show your support for #Dundee2023 and enjoy a free lunch!

Stewart Murdoch, Chairman of DUNDEE2023, said: “This is a chance for Dundee to host a year of major international events and showcase Scotland’s creative and cultural talent by winning a title that will never be available to the UK again.

“This Bid underlines the scale of the Dundee’s ambition which the city has shown in a series of bold projects for over two decades – but this would take us on to a whole new level.

“The Capital of Culture Bid is successful when the city is fully behind it, and we need to convince the competition judges of that. Becoming European Capital of Culture 2023 would bring an estimated £128 million increase to the economy and create 1,600 new job opportunities – it’s an incredible chance for Dundee.”

Come along on Thursday and celebrate this major new step for the city! 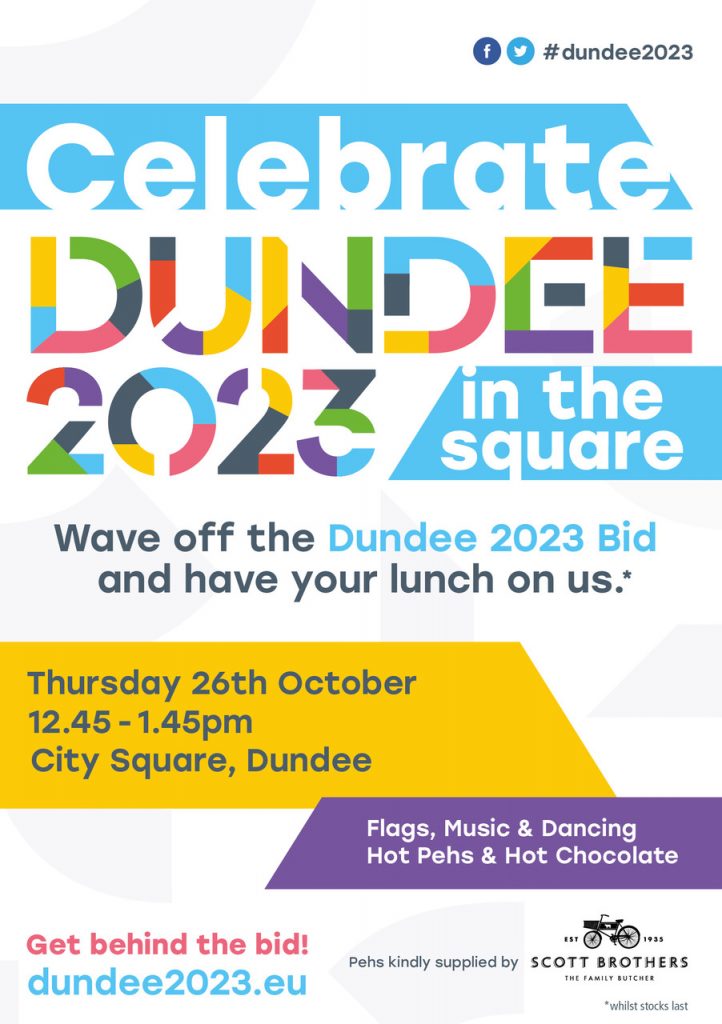