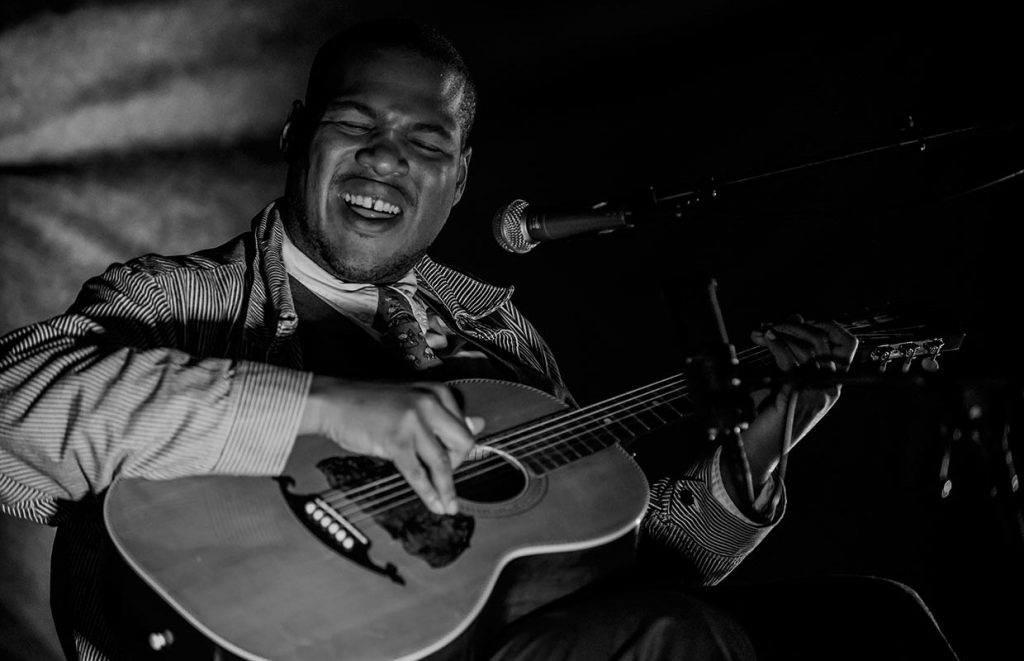 Dundee Jazz Festival is one of those incredibly well-curated, thoughtful and unmissable experiences in the city’s calendar. One of those things that makes you glad to see in the city. Between November 15-19 you can catch a variety of internationally renowned musical acts across the city! And what a year to take part in the festival, as they celebrate 100 years of the first ever jazz recording!

Dundee’s annual jazz celebration ranges across jazz and blues styles and related musics with a focus on what’s new and exciting in 2017. And this year the festival is the biggest ever, with concerts presented at Dundee Rep, Gardyne Theatre, the Reading Rooms, The Unicorn and in Broughty Ferry. From lively swing to cutting edge modern jazz; from jazz standards to the freshest UK hip-hop, from acoustic blues to electric blues-rock, from special concerts celebrating the centenary of jazz to the freshest music out of New York, you can find it all as the festival presents over 25 top quality acts over five days.

Here are some recommendations from the festival on the acts that are just unmissable this year:

Exuberantly inventive jazz – this year’s Innovation winner at the Jazz FM Awards. The drummer Jaimeo Brown, from New York, has emerged from a career as a sideman with Stevie Wonder, Carlos Santana, Jay-Z, Robert Glasper, and countless others to produce a completely refreshing new take on jazz (and blues), manifested in his brilliant new album, “Work Songs”. It’s inspired by old recordings, especially those of AfroAmerican Alabama quilters, that Brown weaves into a new tapestry of the old handstitched emotional sounds, with current black American urban music. His performances are mixed media: images, films, audio recordings, and a kicking band. The Guardian was knocked out at their Ronnie Scott’s show earlier this year: “a game-changing jazz approach: a unique contemporary jazz venture fuelled by palpably passionate commitment to match its creators’ imagination and skill.” His New York band, Transcendence, features Jaleel Shaw ( saxophone) and Chris Sholar (guitar). Opening the concert, the brilliant Scottish piano trio led by the sensational Fergus McCreadie, play original music – with Stephen Henderson (drums) and David Bowden (bass).

Acclaimed by The New York Times and heralded as the successor to Joni Mitchell, the Brooklyn-based singer, songwriter, band-leader and multi-instrumentalist is renowned for spellbinding performances. Combining personally-charged songwriting and impassioned vocals, she draws upon elements of pop, jazz, and traditional melodies from her native North Carolina to create vivid, adventurous music. A mesmerising Scottish duo open the concert. With Luca Manning – a phenomenal new voice with a luminous tone and expressive phrasing – and lyrical pianist, Alan Benzie.

Jerron ‘Blind Boy’ Paxton is singlehandedly keeping the torch for original 1920s and 1930s acoustic blues alive and has been acclaimed as the most sensational newcomer in the blues in many years. He plays banjo, fiddle, guitar, piano and a handful of other instruments and mixes it all in the true songster tradition: ragtime, old time, country, blues and lots more. The Troublemakers close the show. Blues’n’Trouble front-men, Tim Elliott and Sandy Tweeddale, together with bassist Lawrie MacMillian play rollicking boogie and blues acoustically, just like the classic blues of the 40s and 50s.

These are some of the highlights but there is a lot more going on over the five days! Keep in touch with it the festival on Facebook, Twitter and their Website.