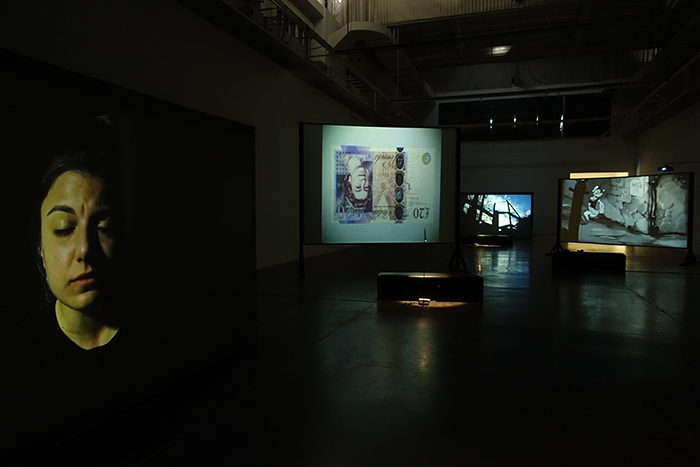 The show of 27 artist moving image works, made by 24 leading and up-and-coming artists, is staged in weekly rotations of selected works that capture the distinctive concerns driving contemporary artists’ moving image works made in Scotland, spanning a period from 1995 – 2016.

The panoramic view of artist moving image made in Scotland includes artists such as Rosalind Nashashibi who was nominated for this year’s Turner Prize and the film work of Nashashibi/Skaer, Rosalind’s collaborative practice with artist Lucy Skaer, who was nominated for the Turner Prize in 2009. Established artists such as Corin Sworn, who won The Max Mara Art Prize for Women artists, 2013 – 2015 and represented Scotland at the 55th Venice Biennale in 2013; and winners of the prestigious Margaret Tait award for the moving image: Sarah Forrest, Kate Davies, Duncan Marquiss, Anne-Marie Copestake are shown in Here Was Elsewhere: >>FFWD alongside the practices of up-and-coming artists.

The programme culminates with, “Press the eject and give me the tape”, a live event of performance, reading and talks by the exhibiting artists on Saturday 17 February 2018.