Dundee Sketch at The McManus 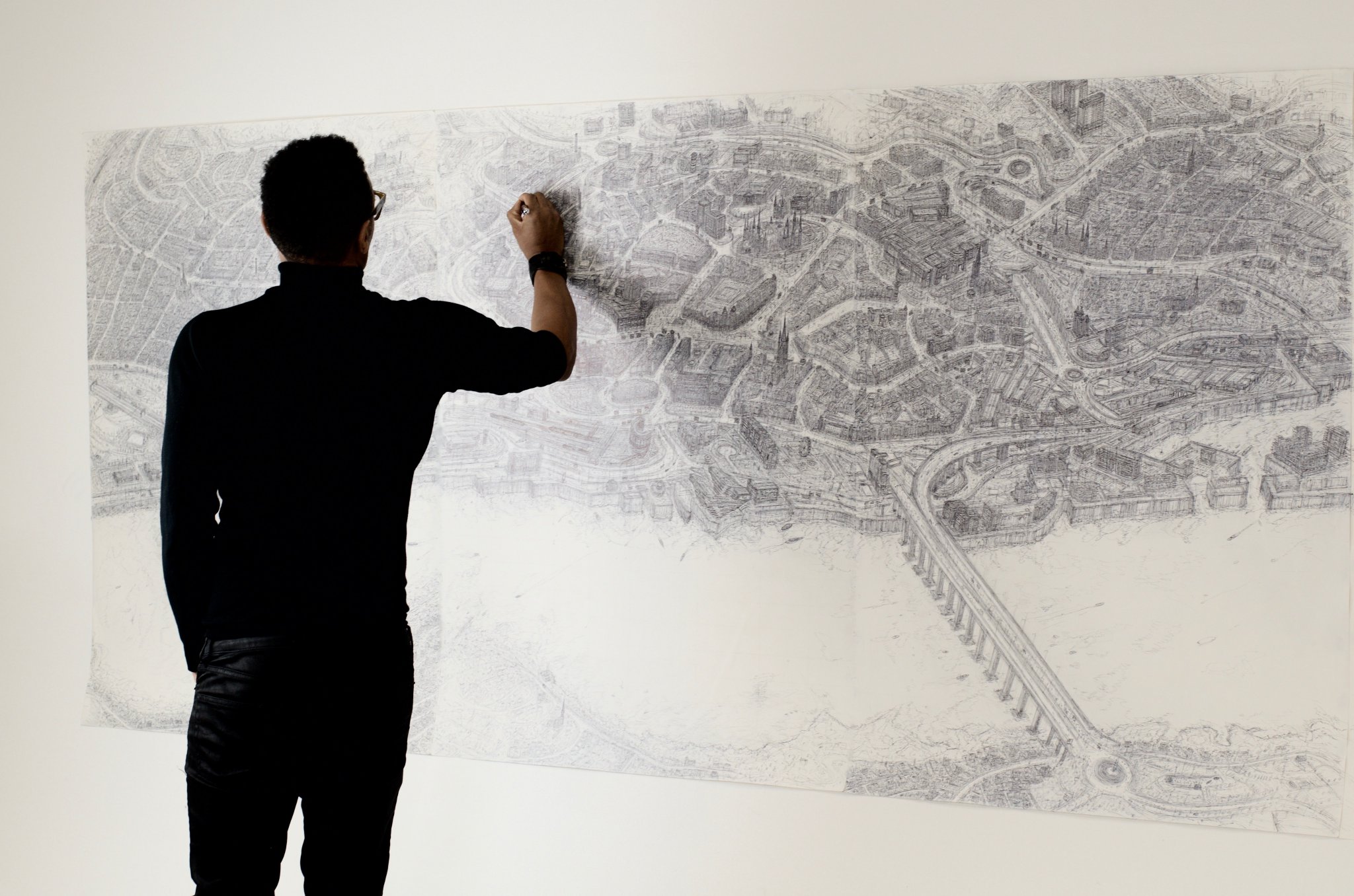 Visitors to The McManus will be able to see the city out in a huge, aerial drawing by artist Carl Lavia, aka Sketch. Remarkably made from memory, the work conveys key landmarks and intricate details of the UNESCO City of Design. This exhibition marks the artist’s fourth stop on an epic road trip to sketch all 69 UK cities, and will be on display for the next 6 months.

A talented, self-taught artist, Carl has been sketching since he was 5 years old. As a child he was fascinated with drawing maps, architecture and fictional cities. It was after contracting and overcoming Guillane-Barré syndrome, a condition that affects the nervous system and can leave sufferers paralysed, that he decided to take his childhood passion more seriously and begin sketching with a more ambitious vision. It was in 2016 while mapping the city of Birmingham that he joined forces with photographer Lorna Le Bredonchel and together they formed the ’69 cities of the UK’ project. 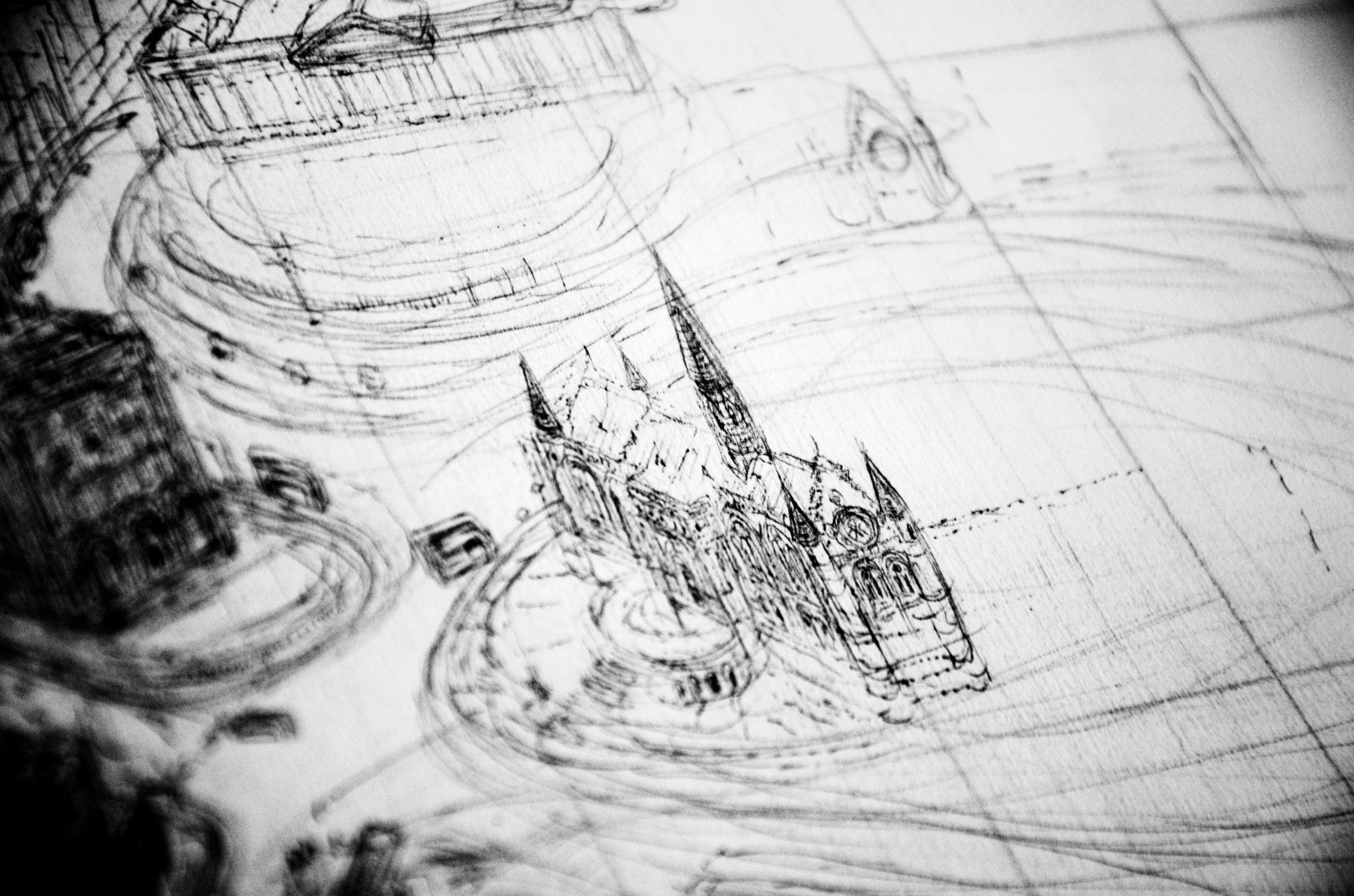 Carl spent three months in Dundee, making sketches and mapping out the city. He was struck by its rich history, architecture and distinct design: “Dundee is the only place in Britain to have two football stadiums only yards apart. The Law’s remarkable 572-foot peak and the city’s harbour offer a captivating layout from a visual perspective, and the Tay Rail Bridge is a significant development, allowing expansion for the city”. Dundee marks a unique moment in their journey across the UK: while it is the smallest city in the 69 cities project so far, it has turned out to be the largest sketch to date. Carl’s sketch of the entire city measures 2.9 x 1.118m, covering a radius of around 6 miles.

For the duration of the exhibition, prints of Carl’s Dundee sketch will be available for visitors to purchase in the museum shop.

“We feel honored to have been offered a solo exhibition for 6 months at the beautiful McManus, Dundee’s Art Gallery and Museum. We were fortunate to be offered space in the very building we both fell madly in love with at first sight!” – Carl Lavia and his project partner, Lorna Le Bredonchel. 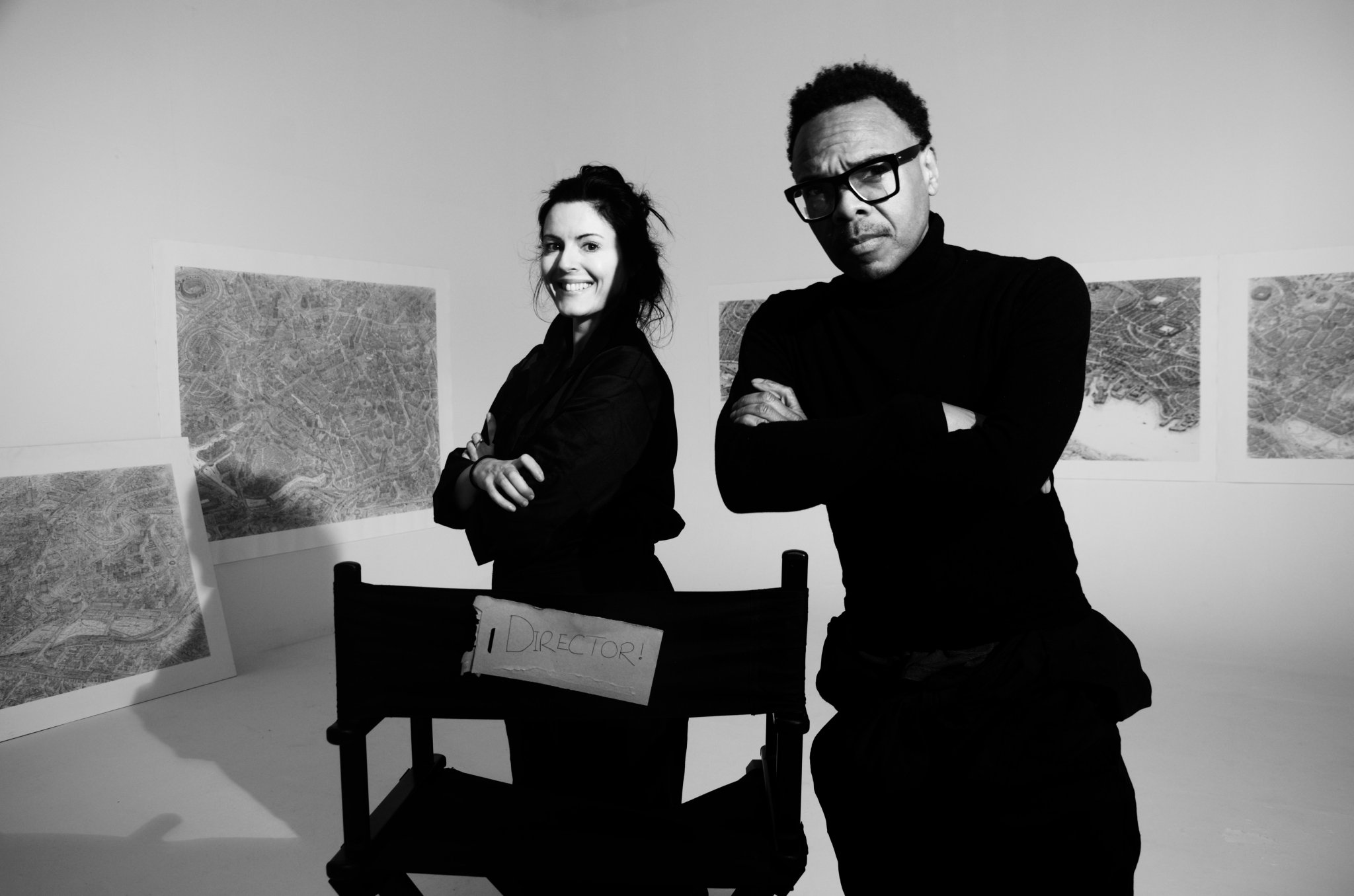