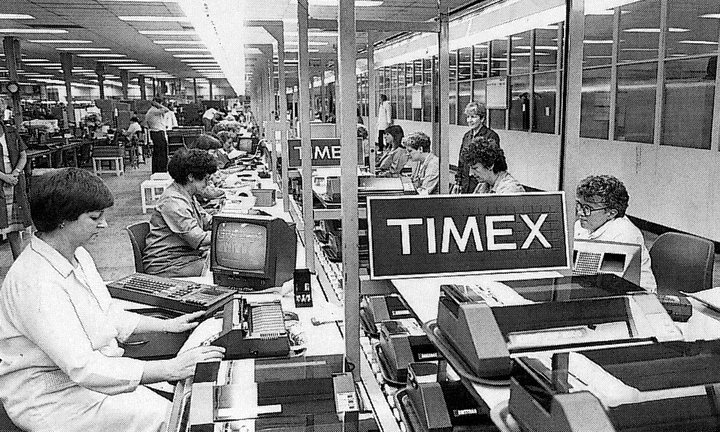 Camperdown Park will be the place to celebrate Dundee’s ZX Spectrum heritage, the video games born out of it, and the women who made it all happen. Organised by NEoN Digital Arts, Abertay University, Weave and Abertay Game Lab, Generation ZX(X) brings together live performance, oral histories, video and arcade games in the park.

In 1993 the TIMEX Factory in Dundee closed its gates after more than 7 months of painful strikes. 2018 marks the 25th anniversary of this departure from Dundee, a timely moment to look back and reconsider its impact on the city.

As you walk through the park

Despite the fact that it was the women of TIMEX who worked on the assembly lines, building and testing the computers, it was their sons and husbands who learned how to work them: the vast majority of early game developers were men. The event is a thank you, from our generation to the ladies of TIMEX, who through their labour, and often unaware of their contribution, gave Dundee a new future: the video game industry.

The title draws attention to three core aspects surrounding the TIMEX factory in Dundee: the gender dynamics (the vast majority of the assembly line workers were women whereas the vast majority of early coders and game makers were men), the heritage of the ZX Spectrum (the manufacturing of the ZX Spectrum in Dundee contributed to the city’s strong video game industry and education), and its contribution to the rise of the technology-savvy generation Z.