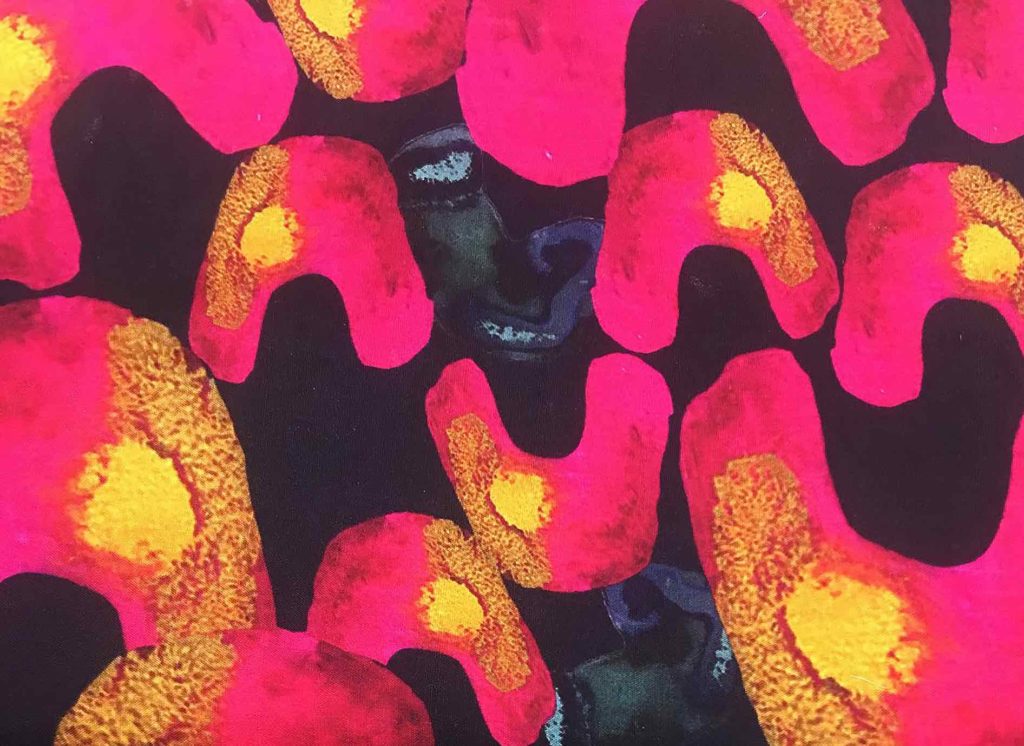 Duncan of Jordanstone College of Art & Design and Architecture Degree Show celebrates the success of graduating students! The show will happen between 18-27 May, with a preview night at 6pm on the 18th.

For 10 days the Matthew and Crawford buildings on Perth Road transform themselves into one of the country’s biggest galleries showcasing the culmination of several years of creative development and hard work. This is a key cultural event in Dundee and one that is worth getting immersed within!

There is a lot of excellent work you can explore, such as textile student’s Fadhilah Syed Azmi whose work is on the thumbnail for this post, but here’s a handful from different degrees:

Developing his own design process which brought together standard design questions to a games design method, based on memories and nostalgia, Leonardo put together a game. He told us: ”I asked a lot of people about their early gaming experience. I wanted to make something new that still felt familiar.”

Dealing with physical structures just as much as how they are used, Biying looks into the patterns of autonomous organisation in a city. She says: “If we consider a city as a giant man-made house, it is created in two parts. One part is the physical city which is created by human endeavour or manufacture – the object that is literally made by human beings; the second part is created by time, which makes the city an autonomous artefact.”

Using painting and drawing as a means to process her perception of places, the stories, and forgotten religions, Melina looks at the interconnectedness of things. She says: “I tried to let the work create itself. Some of it is on different pieces of paper and I just kept adding to it as things came to me.

With work that is funny and specific to Dundee, David presents a fascinating redesign of a Dundee map. He says: “For me, art should be accessible, engaging to all; everyone is an artist even though they might not think it. Whether they’re a pub raconteur, a weekend watercolourist, or painter of birdhouses. Part statement against gentrification, part love letter, part nostalgia-piece, all real.”

The degree show is open every day, at varying times, between 18-27 May!