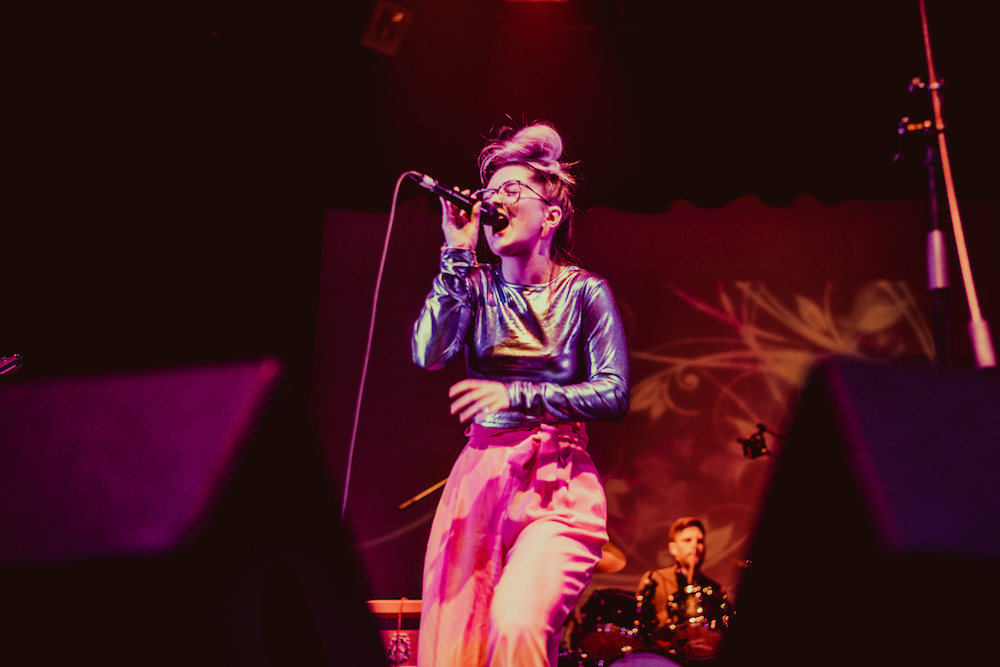 Legendary Scottish band, Primal Scream will headline the 3D Festival, a free two-day celebration of design, music and performance that will mark the opening of V&A Dundee.

The psychedelic rock ‘n’ roll band will be joined by singer-songwriter, and BBC Radio 1 Brit List artist, Lewis Capaldi and Dundee’s own Be Charlotte, to perform at the 3D Festival on Friday 14 September, the eve of the museum’s official opening. As well as musical performances there will also be spectacular new dance, design and lighting collaborations, putting the audience and the museum at the heart of the show.

The two-week online ballot to register for free Friday evening 3D Festival tickets will open at 10am today [Thursday 26 July] and can be found on the V&A Dundee website.

The festival will continue on Saturday 15 September with a day dedicated to celebrating great creative talent from across Dundee, with performances from up-and-coming Dundee musicians, a mass participation choral collaboration, and specially designed hands-on makerspace workshops. Gary Clark, former Danny Wilson frontman, will also join the 3D Festival line-up with a very special performance. The Saturday event is free and not ticketed, giving everyone the chance to get involved in the celebrations.

Up to 20,000 people from Dundee, Scotland and around the world are expected to attend the two-day festival which will take place next to V&A Dundee in the city’s waterfront park space, Slessor Gardens.

Created in collaboration with DF Concerts and Events and V&A Dundee’s Young People’s Collective, the 3D Festival – a name that pays homage to Dundee, design and the city’s spirit of discovery – will celebrate the opening of Scotland’s first design museum created by acclaimed Japanese architect Kengo Kuma.

The festival is a key event in Scotland’s Year of Young People 2018, a year-long programme of events and activities that will give young people in Scotland the opportunity to show the world what they are made of. It is being co-designed by V&A Dundee’s Young People’s Collective, a group of 16 to 25-year-olds from across the city who have helped shape everything from who will perform to the stage sets.

Kiera Marshall, a member of V&A Dundee’s Young People’s Collective, said: “The 3D Festival is an opportunity to get out there and have some fun while celebrating the opening of the new museum. It will be a good moment to reflect on everything Dundee has achieved and what there is to look forward to.

“Friday evening will involve lots of great music and dance, and Saturday will be relaxed and family focused with performances, street food and design workshops. We really want the festival to be open to everyone of all ages.

“It’s been great having meetings and planning the 3D Festival and now it’s exciting to see it all come together.”

Highlights of the 3D Festival will be broadcast on BBC Scotland on the Friday evening, including a glimpse inside the new museum. A special film commission with Dundee Rep will involve young people revealing the city and museum to audiences.

Primal Scream, who formed in Glasgow more than 30 years ago, have a long tradition of reinvention and continue to enthral audiences with their unique blend of indie pop, acid house, dub electro and rock ‘n’ roll. Fronted by Bobby Gillespie, they also have a history of incredible collaborations including projects with Steve Mason, Andy Weatherall, George Clinton and more recently Haim and Sky Ferreira. This approach will form a key part of their headline 3D Festival performance, with the band unveiling a new collaboration with contemporary visual artist and former Turner Prize nominee Jim Lambie, specially commissioned for the opening of V&A Dundee.

Lewis Capaldi is a Scottish singer-song writer with a growing legion of fans. The 21-year-old, who has toured with Rag ’n’ Bone Man, Sam Smith and Ed Sheeran, first made waves with his raw and compelling ballad Bruises which racked up 10 million hits in 10 weeks. Earlier this month the young star was revealed as one of BBC Radio 1’s Brit List 2018, which provides a platform to emerging British artists.

Dundonian singer-songwriter Charlotte Brimner, also known as Be Charlotte, has an immediately recognisable sound and an unconventional style. Charlotte recently signed a major deal with Columbia/Sony music and has taken Scottish pop music to festival appearances across the UK, Europe and South East Asia.

Singer-songwriter Tallia Storm, who will perform some of her pop hits on the main stage. The Glasgow-born artist was discovered at the age of just 13 when Elton John was handed her demo CD and she has since developed her strong vocals, soulful melodies and unique style.

Shaper/Caper, the inventive Dundee-based dance company, will unveil a specially commissioned dance performance featuring young people from across the city. This forward-looking piece will reflect the hopes and aspirations of these young people and showcase their talents.

Continuing the festival’s celebration of young, inspirational creative talent, Eclair Fifi, one of the most popular DJs on the techno scene, and member of the critically and culturally acclaimed Lucky Me Collective, will form part of the celebrations with an unforgettable DJ set.

The stunning architecture of Japanese architect Kengo Kuma’s first UK building and Slessor Gardens itself will also take centre stage with one-off visual, sound and light installations. Dundee based design studios Agency of None and Biome Collective are collaborating on a spectacular visual feast for the evening with technical support from 21CC. The environment at Slessor Gardens will be designed and lit by Agency of None, and the museum building itself will come to life in a unique light and sound composition created by Biome Collective.

A main stage performance from Gary Clark, renowned songwriter and record producer, who will be joined by a band of all-star musicians for a celebratory performance. The former Danny Wilson frontman will also take to the stage alongside children from Sistema Scotland for a unique collaboration.

Sets from up and coming Dundee musicians St Martiins, Kashmir Crows, SHHE and Andrew Wasylyk as well as another main stage performance from Be Charlotte.

A special limited-edition comic from Beano Studios, available only to those attending the 3D Festival, which will give people the opportunity to draw their own comic book ending. A winning design will be picked to be displayed inside V&A Dundee. Festival-goers will also be able to visit a Beano zone where they can be photographed with their favourite characters.

The two-week online ballot to register for free Friday evening 3D Festival tickets will open at 10am today [Thursday 26 July] after which successful applicants will be sent a code to claim their tickets. Information about how to enter can be found on the V&A Dundee website. The 3D Festival on Saturday will be free and open to everyone on a drop-in basis, with no tickets required.