Blog: A Postcard from the Clouds 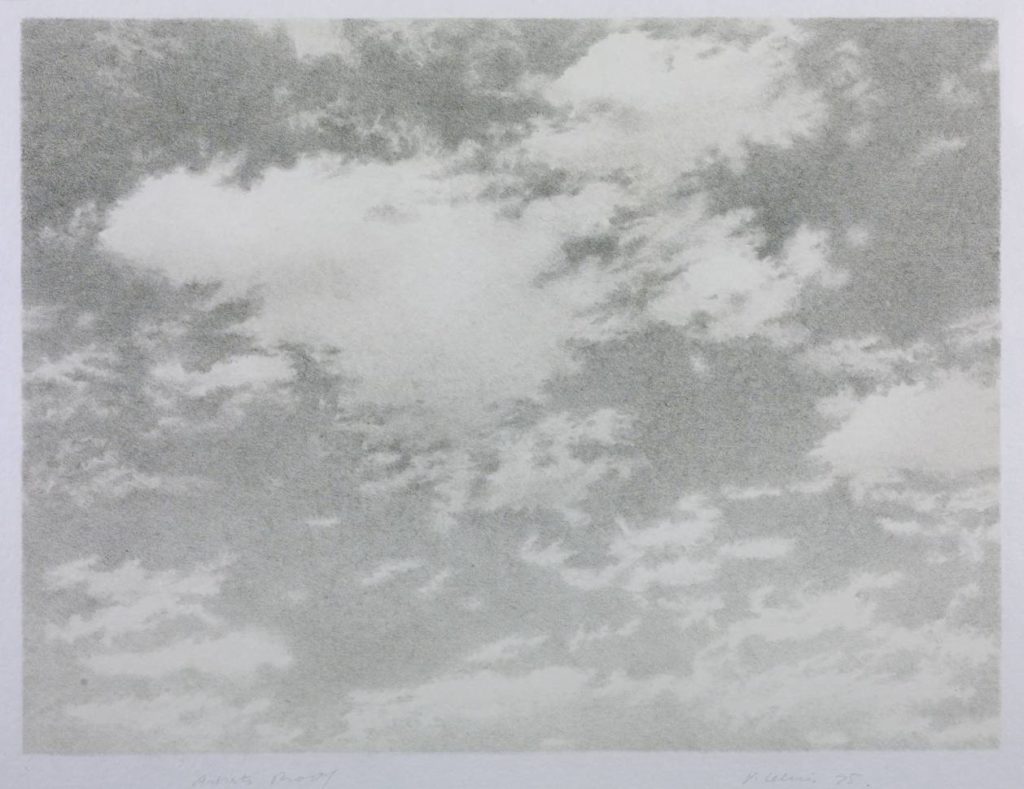 This blog was written by Eoin Dara, an Irish curator living on the east coast of Scotland, currently working as Head of Exhibitions at Dundee Contemporary Arts.

Notes at the beginning:

I am on a plane to Warsaw.

I am writing this on my phone.

Because I’m queer, I guess.

But I’m also a cis white male. The levels of privilege that come with these personal attributes are inordinately high, only surpassed by other white men in society who happen to be straight. Within the LGBTQ+ community, I’m the voice least in need of support or amplification, so be sure to seek out others.

A woman in the row in front of me is wearing two badges on her coat, one says ‘ANGRY’ and the other ‘PUNK DYKE’.

She’s smiling and putting her arm around her girlfriend, even though that can’t be comfortable in these seats.

In this passing moment, she is to me, all that Pride ought to be: she is anger, resistance, discomfort, love, affection and power.

With her in mind, here are some thoughts on what I believe Pride must do in 2018:

Pride must flourish from an intersectional feminist position. That is to say, it must recognise, call out and actively resist the multitude of repressive and discriminatory frameworks within the patriarchal society we all live in that allow misogyny, racism, classism, ableism and homophobia to thrive in most of our public spaces.

Pride must protect, celebrate and amplify the most marginalised voices in society. These voices are not (and have never been) those of white cis gay men.

Pride must remember that it is built on the backs of trans women of colour, community organisers, sex workers and grassroots activists who had little or no agency within the city they called home.

Pride must take citizenship seriously, and contribute to the shaping and development of new city spaces. It must ask questions about who gets to move safely through public space, who gets to speak within it, and perhaps most importantly, who is actually listened to.

Pride must also look beyond the city to speak to and for queers in rural areas.

Pride must resist queer identity becoming commodified and sold back to us. Most mass-produced aesthetics connected to Pride celebrations across the world have been cultivated from an unashamed patriarchal and capitalist position. Don’t drink the kool-aid. Smirnoff isn’t even good vodka.

Pride must be sex-positive and must recognise the radical power of pleasure as a means of resistance.

Pride must work towards a conception of love as an action as well as a feeling. If love is action, there is intent, responsibility and accountability within it, and it can be used as a powerful catalyst for change.

Pride must dislodge, interrupt and destabilise. It must seek to be actively uncomfortable: moments of discomfort are often moments of trying to comprehend or understand something complex, challenging and new.

Pride must celebrate all bodies, wallow in difference, and luxuriate in the opportunity to redefine or reconstruct limitless understandings of beauty in this world.

Pride must be polyvocal: a cacophony of voices together working for the greater good from many different positions. These voices won’t blend together; they won’t all sing the same songs. Harmony is overrated.

Pride must resist the insidious systems of control that seek to produce nothing but bland, subservient homogeneity in society. We remain, and always will be, revolutionary.

Notes at the end:

I’m still on the plane, touching down in Poland in about half an hour.

The couple in the row in front of me are fast asleep, awkwardly and beautifully wrapped up in each other’s arms.

The idea of love as action suggested above is taken directly from bell hooks’ book All About Love.

The idea of powerful discomfort is taken directly from Sarah Schulman’s book The Gentrification of the Mind.

These two books are nestled together on a shelf in my flat, so I can’t cite excerpts as thoroughly as I would like to right now. They are sacred texts to me. I have dipped in and out of them countless times over the past few years and have never failed to find nourishment and solace between their pages.

If you’d like to think more on queer visibility in public spaces, my mind always goes to New York in the 90s at the height of the AIDS crisis. As well as ACT UP and Gran Fury, look to the likes of Lesbian Avengers (founded in NYC in 1992 as a direct action group focused on issues vital to lesbian survival) or Fierce Pussy (an ever-evolving collective of artists and activists fighting for queer and lesbian visibility). Dykes do it better.

I love that you can italicise words on your phone now.