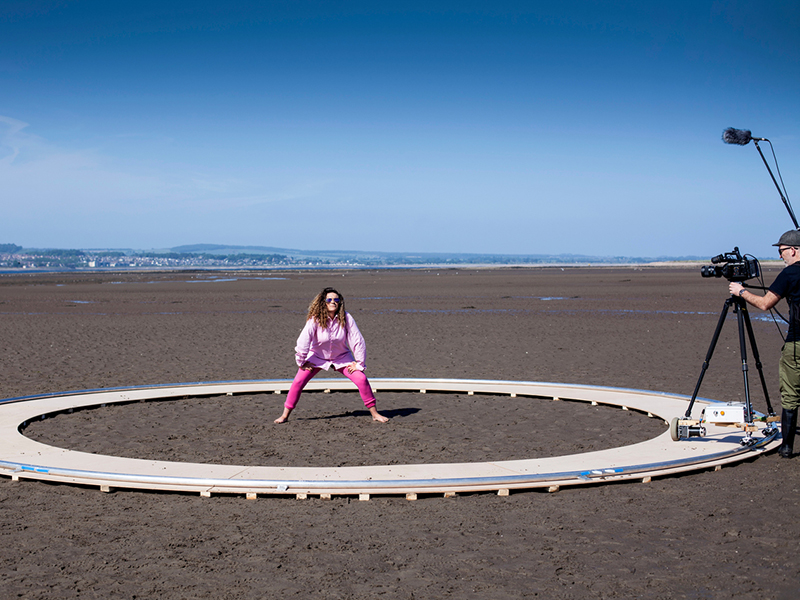 Dundee’s Festival of the Future will kick off with the world premiere of RADIAL, a groundbreaking short film produced by the National Theatre of Scotland starring a group of young people from Dundee and filmed in and around the city.

The Festival of the Future’s a five-day celebration of the city’s ideas, innovations and never-ending sources of inspiration is being held at venues across Dundee from 17-21 October. To launch the festival, RADIAL, which is a collaboration between the National Theatre of Scotland and Australian theatre makers Back to Back Theatre (Australia), will have its first screening at Dundee’s Bonar Hall on the evening of October 17. RADIAL is part of the National Theatre of Scotland’s Futureproof festival in celebration of Scotland’s Year of Young People 2018.

Filmed in eye-catching locations in and around Dundee, including the mud flats on the River Tay, an abandoned factory building, a multi-storey car park and Tentsmuir Forest, Radial was created by the eight young people who appear in the film. Working with NTS, Back to Back Theatre, internationally-renowned fashion designer Hayley Scanlan and Scottish artist Robbie Synge, the young Dundonians use music, fashion, movement and local landscapes to tell their stories.

“It was good to be involved in such an exciting, innovative project,” said fashion designer Hayley Scanlan, who was the film’s stylist. “There were challenges but they were good challenges and I’m very happy with the finished result.”

Attendees at RADIAL’s world premiere will walk the red carpet – and enjoy an after-show party. “We want as many people as possible to come along to the launch event of the Festival of the Future so our pricing policy for tickets is ‘pay as much as you can’, with a minimum cost of £1,” said Festival Manager Anna Day.

“The World Premiere of RADIAL will also feature a live performance and a Q&A session with a few of those involved in the creation and filming of this unique film,” continued Anna. “RADIAL is a film and music portrait of our city and its young people which, after glancing back at Dundee’s past, highlights its potential for a bright, dynamic future.”

For more information about the Festival of the Future, including the full programme and to book tickets, visit  Dundee.ac.uk/futurefest