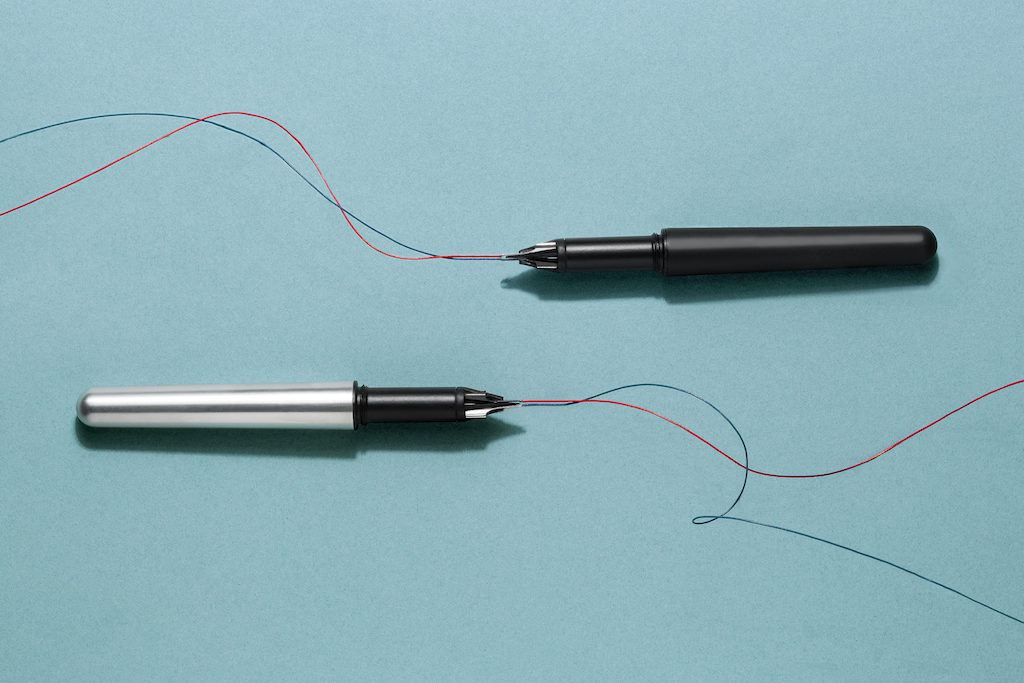 Dundee-based designer, Kevin Sinclair, has created the Vittae Pen – the world’s first fountain pen with two back-to-back nibs, allowing the user to seamlessly switch between two colours as they work! He is currently fundraising to get the product made and we caught up with him about the in-and-out workings of it.

This is a new type of fountain pen which allows you to write in two colours. The product will help people to better express themselves through colour and have a faster way of interacting with these colours.

I started to think about this when I was designing another object. As a Product Designer, this means communicating via sketching and drawing. I was highlighting different information and it was frustrating to have to put down a pen and pick up another constantly. I looked into multicoloured pens and found them to be clunky in their operation. This would often mean adjusting your grip, selecting a colour, refining grip and then going back to the task at hand. This means that every time the user does this they are taken out of this state of flow they can be in. The idea was born, is it possible to engineer two pens into a single body?

The design is simple in nature and implementation but has proved complex in design and development. A fountain pen is a controlled leak of ink and works due to a delicate balance between air entering the cavity and ink leaving through the nib. This design allows a single component to separately process two ink cavities. The ink starts in hemispherical D shaped reservoirs based in the body of the pen. The ink then is processed in the feed section which has a wall dividing the two sections. A tricky part of the design was allowing the ink to come down one opening while making a smaller closely placed hole which allowed air up to the cavity but not ink down into this area. The pen uses capillary action to ‘store’ the ink in its fins and to manage the amount of ink coming from the reservoirs. When a nib is pressed on the page, the twines of the nib splits and ink flows down through this channel, allowing a smooth fluid line of ink to be deposited onto the page. 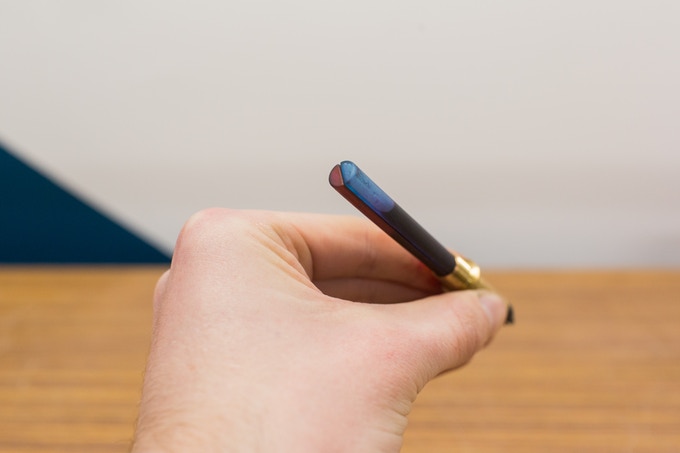 The process of creating this has been a real learning curve. The core of the problem was that the user needed to consciously activate another colour using a switch to alternate colours. The design brief from this point was then how to create the transition without any kind of physical switch. The interaction had to come from the hand and be determined by the user and not by the tool. From a making perspective, the main problem with an object of this size is that it is difficult to prototype. There have been over 40 prototypes to get to this design with constant refinement in each area to allow it to work as described. Each stage of the design has been trialled in front of users. Initially, I imagined this tool may be used for drawing but as conversations developed it became clear that there was as much a need for this in a writing capacity. Tests were done with teachers, copywriters, artists and engineers. Each of whom use colour in a different yet specific way.

How it is different.

This is not the first pen to have dual nibs but if successfully funded will be the first in production in over 70 years. This is important from a cultural perspective and also important for how the tool is used. The tool facilitates the colour, this is really the goal of the tool rather than it being about the object itself. How is it possible to make this product feel inevitable, like an evolution of the pen as we know it while being familiar at the same time? The design requires the user to twist the pen 180o to use it. This removes any switches and allows the tool to function more like an instrument. It allows you to use any two colours in combination and uses regular wet fountain pen ink. The ink reservoirs have been designed specifically for the pen and allow you to refill the cartridges with most existing brand inks.

This was launched on Kickstarter earlier in November. People can support and back the project. All design work is complete and I have multiple manufacturers lined up. The pen will also be made entirely in the UK to ensure accountability and the highest quality parts. This writing instrument will be the first product of a new design studio based in Dundee, Scotland. The will be the first industrial design studio in the city.

If you want to support the project be sure to check out Kevin’s Kickstarter page but hurry as the campaign ends soon! 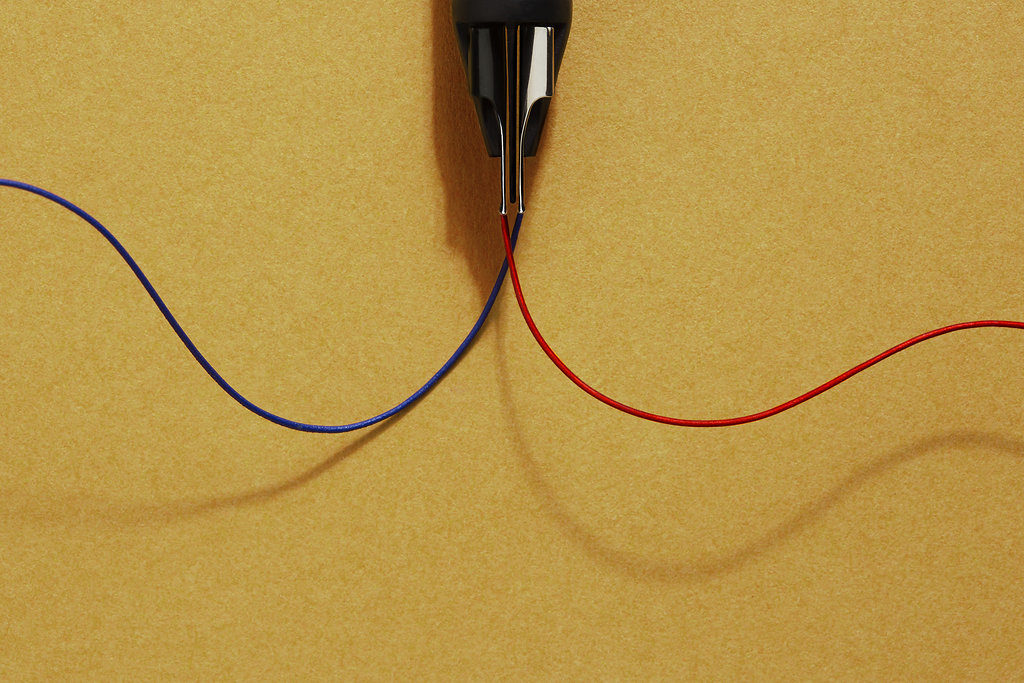