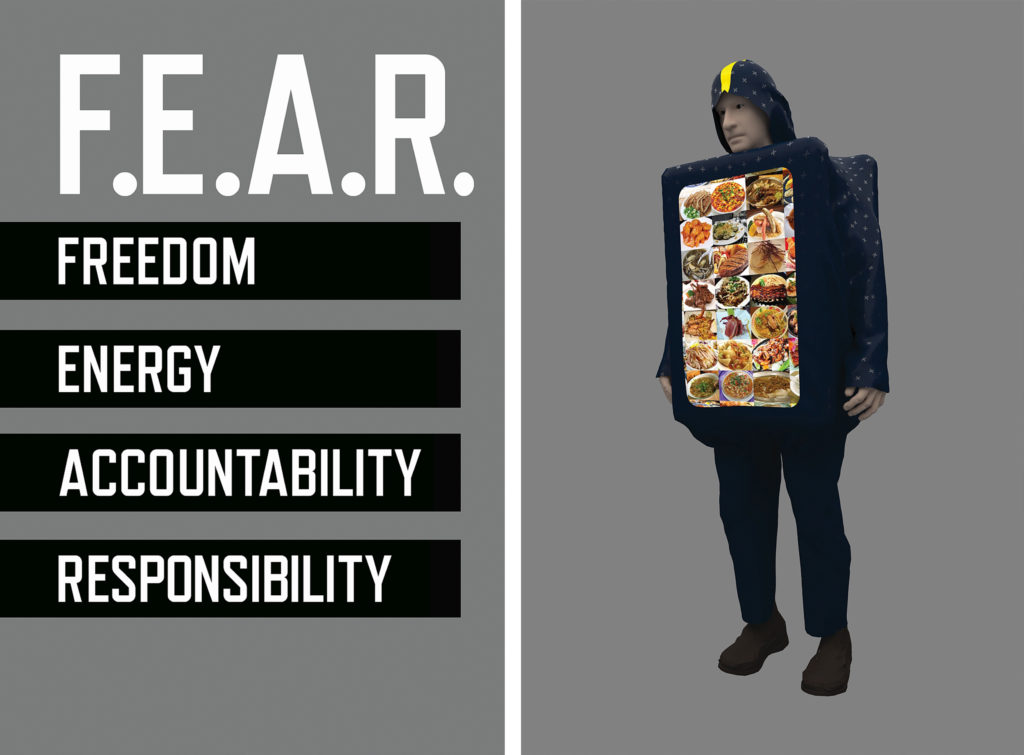 Responding to the NeoN festival’s ‘Lifespans’ theme this exhibition offers the young people of today an ‘Extrapolated Reality’ view of the future of work, through the medium of ‘Interrogative Fashion’.

In a world where automation, robotics and AI do all the meaningful tasks, how do humans outside the investor class justify their continued existence?

Once, increased leisure time was promised, but in a world where everyone is busier than ever, it seems the moralists have won. The most likely outcome will be a regime of ‘Symbolic Labour’ to prevent the organic surplus from sliding into idleness and depression.

Xerox’s Paradox is a collection of ‘Workwear for Workfare’, exhibited in close proximity to the new V&A Dundee design museum. Xerox’s Paradox is technology’s inverse effect. Fearful of a paperless future, the research at Xerox Parc led to, among other things, the GUI (Graphic User Interface), which in turn led to a massive increase in the production of printed matter.

Glasgow-based artist John Butler says of this exhibition: “I class myself as a Futurological Artist, who uses the medium of 3D graphics. My work is about Human Utility in an age of Artificial Indifference and is the result of my continuous argument with the medium. I hope the exhibition might help people reflect on technology’s broken promises.”

For more info about the exhibition, check out the NEoN website.