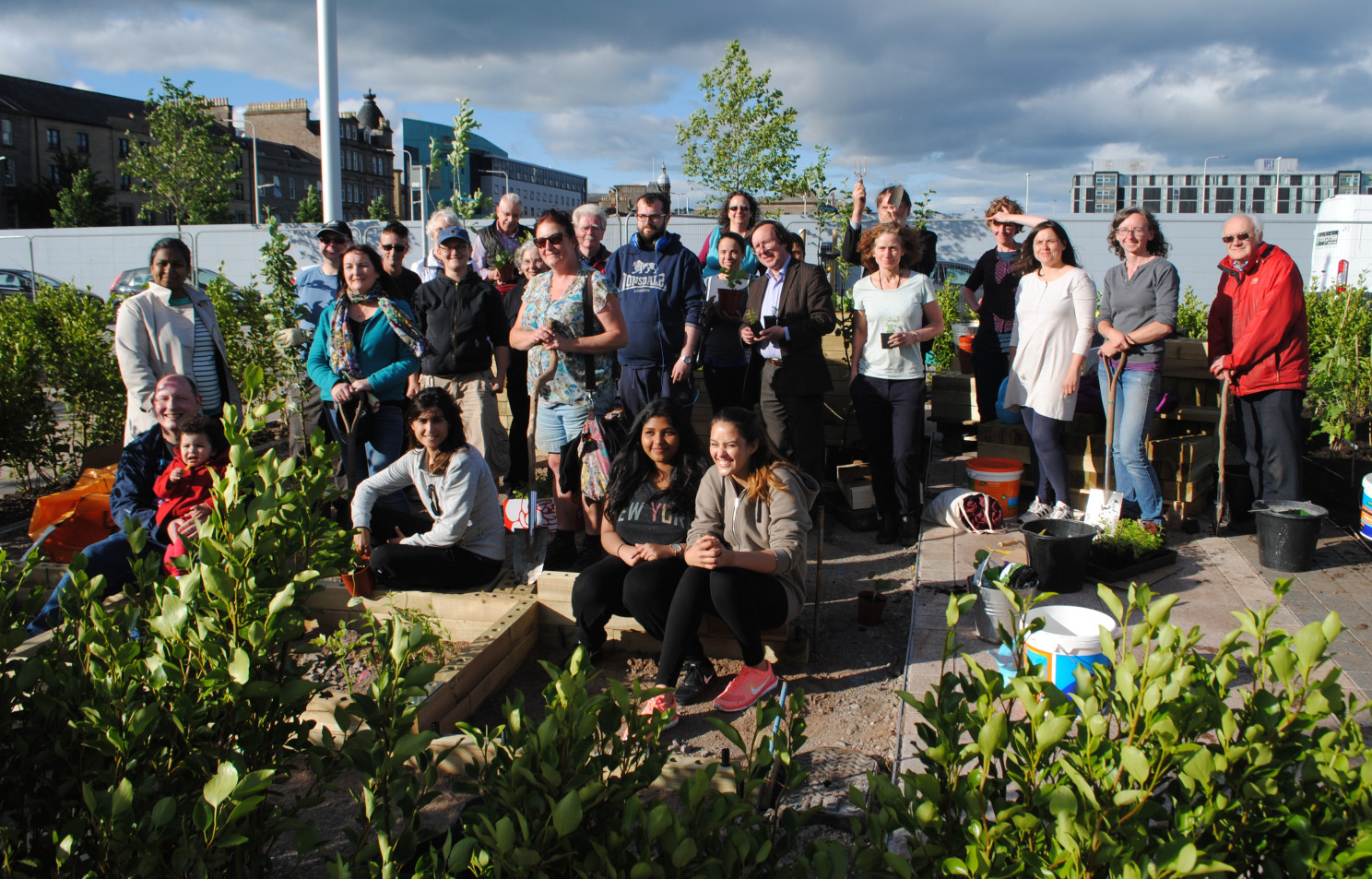 During January of 2019, we are focusing some of our original features on the Environment and Climate Change, specifically how we can approach the new year in a way that brings genuine change within those urgent issues. As part of this series we could not miss Jonathan Baxter’s perspective which he’s shared on this blog. Jonathan is an artist, curator and peer-educator, currently working on projects like On-Site Projects and Dundee Urban Orchard.

As an artist working in Dundee, it’s easy to forget the emergency we live within: a sixth mass extinction due to climate change. Taking a stroll through the city you’d be hard pressed to feel the reality of climate change. After all, for most of us in the global north (although not in the far north) climate change is an abstraction. It doesn’t impinge on our daily lives. It’s just something we read about in the paper or receive as a news feed.

But if we attune ourselves to a deeper form of listening we’ll discover the signs of climate change everywhere. I don’t just mean idle pub chatter about hotter summers and whether we’ll be able to grow grapes in the back garden (something I overheard in the pub last night). I mean real listening to real people, especially people who experience climate change firsthand. That includes scratching beneath the surface of idle pub chatter and asking what really concerns people and what skills they have to address their concern. (I did this last night and the conversation took a turn. Revealing an undercurrent of anger and powerlessness beneath the grape growing banter.) But it also means going out of our way to listen to other, more distant, voices: coastal dwellers in the global south who’ve now lost their homes and are migrating north. Or Indian farmers whose crops have failed for the sixth year running, causing regional food shortages and further incidents of farmer suicide. Listening to these stories also makes sense of what we experience on the ground in Dundee. For example, the new seawall running along the Tay Estuary, because, yes, climate change will effect Dundee. Or the increased use of foodbanks in Dundee: a sign that poverty is on the rise and that our current forms of democracy don’t deliver what they promise.

I add this last point, which some readers may find questionable given the specific topic of climate change because it’s an issue I’ve responded to as an artist in Dundee. And because when we think about climate change it’s easy to overlook the politics of the everyday and the institutions that mediate our lives. In short, food poverty in Dundee is a symptom of a political and economic system that’s also responsible for climate change. It acts as a dire warning of what it means to be deskilled and disempowered as a community and what’s already on the way: further floods, wildfires, extreme weather, crop failure, species extinction, and, unless we’re prepared, societal breakdown.

Now having said this much you’d be right to accuse me of an apocalyptic tone. Something that many artists are guilty of when we set up an oppositional argument and pitch ourselves against one term in the opposition. This happens when we reduce the political to the exclusive alternatives of ‘tinkering with’ or ‘revolting against’ ‘the system’. (In art speak the favoured terms seem to be ‘amelioration’ vs ‘rupture’.) But, of course, this merely perpetuates our sense of powerlessness, because unless we can name an alternative historic project to replace ‘free market capitalism’ (read, here, but not by me, as a totalising system) then the idea of ‘revolt’ is so much rhetoric and ‘tinkering’ is all we have.

So what I want to suggest is that we stop thinking in static oppositions – of ‘tinkering’ or ‘revolt’ – and we start using our imagination to reveal the repressed possibilities within the institutions of everyday life. That’s to say, we need to stop thinking in a way that prevents us making the personal and institutional changes that Dundee needs to make to transition to a zero carbon economy; changes that other people and other institutions, in other cities and villages across the globe, also need to make.

For some people this argument might sound naïve, as though working locally, from the ground up, is all we need to do. But actually, that’s not my argument. What I’m suggesting is that we (read: artists and others in Dundee) start working with what we have and change it. Other people across the globe need to do the same groundwork for change. And, of course, there are also global institutions that need to be changed from within. Or, in some cases, if they’re directly responsible for climate change, they need to be abolished.

In short, I’m arguing against generalised conceptions of capitalism, democracy and even climate change, to focus on their concrete expression here, on the ground, in Dundee. In this case, whatever we do either exacerbates or ameliorates climate change. Whatever institutions we come into contact with are the institutions we need to change. Waiting for others to make this change for us, or waiting for a revolution which, frankly, is not on its way, has been a waiting game that’s had its day.

But just in case this response reads as a form of rhetoric without substance let me be clear. As an artist writing an article at the request of Creative Dundee, I need to ask Creative Dundee what sort of changes it envisages within its own institutional mandate to prevent the runaway climate change that the IPCC has predicted within twelve years? I could ask the same of its work on Dundee’s cultural strategy. Does the strategy work towards a zero carbon economy within 12 years? And, of course, I need to ask myself the same question: how do the art projects I run in Dundee work towards and help envision this zero carbon economy? I ask this question because when Sam Gonçalves asked if I’d write something for Creative Dundee’s January focus on climate change and environmentalism, Sam provided the following context: ‘We have found ourselves here in the office getting really depressed about climate change, especially around the fact that so many decisions are in the hands of people who are so unreachable.’

So I suppose what I’m saying to Sam, Creative Dundee, and any other individual or institutional representative who might read this response is the following: the primary decisions we’re responsible for are the decisions that are in our own hands; how to decarbonise our own lives and the institutions that mediate our lives are part of that responsibility. And this, of course, includes decarbonising Dundee’s cultural strategy, its cultural institutions and the sort of art projects we develop in Dundee. This will involve giving up some of the ‘benefits’ of a high carbon lifestyle. (How we travel, communicate, invest our finances, build and heat our homes, and how we source our food are challenges we need to address.) And this will involve institutional and cultural change. Which, in turn, will involve changing our political and economic systems because currently, those systems have failed to deliver even on their own commitments.

The fact that there are no objective means for making these tough decisions beyond the calculations of carbon reduction poses a serious challenge to us all. It means we’re thrown back on a dialogue of values and our ability, both individual and collective, to listen and respond to one another and the challenges we face. And while those challenges might appear to be objective – for example, staying below 1.5°C planetary warming – they’re not just objective; a series of abstract targets. They’re personal, political and institutional through and through. They’re about you and I as social agents, the institutions we live and work within, and the forms of governance we agree to or refuse. In short, if art opens up a space to imagine otherwise we need to take the institutions with us. Today, perhaps more than ever before, art, life and the institutional imagination need to be thought and rethought together. And that thinking needs to be put into action today.