In this blog, our Access Producer Jordan reflects on the first event in our #CultivateTay Climate Justice series.

CULTIVATE is a Tay region Culture Collective project which places creativity at the heart of climate justice by developing action with local communities. Creative Dundee hold the belief that creative practitioners can help promote communication and the growth of ideas in, with and for communities. Their involvement in community learning and development, activism and engagement has had specific benefits in the areas of the evolution of ideas, service design, the consideration of sustainability or legacy, and, of course skills, in the ability to reach and pique the interest of others. Many activists and organisers are already ‘visionary’, and the input of creative practitioners who are passionate about making a difference and have an understanding of ‘meeting people where they are’ can have exponential benefits.

The issue of climate change and activism from the perspective of individuals, families and citizens can be inconsistent. The will to act can be difficult to muster and sustain. Many of us are struggling to keep our head above water in a cost of living crisis, and on top of absolute and intersectional barriers that have been present across the Tay region for generations; it can feel like those most vulnerable to the effects of climate change are the ones who bear its pressure the most.

Many of us know the ‘time is now’, but the force of this message can often prey on those whose wellbeing fluctuates more often than others. Some media labelling of a ‘climate emergency’, which has been necessary to make the message heard, can seem alarmist to those sensitive to such rhetoric, and desensitisation a consideration for anyone who has been numbed by trauma, isolation or anxiety in the past few years. There hasn’t been a more important time to illustrate that climate action can be delivered in ways that can help us. It doesn’t necessarily need to be viewed as another responsibility to add to the pile. Conscious and therapeutic acts like growing, making, supporting and sharing done locally, without the ‘big’ issues in mind are all clear examples of environmental activism which can bring meaningful and lasting benefits. Some creative practitioners have the ability to communicate and facilitate others to highlight that link, propelling the great work already being done and helping to find new solutions.

The event series for CULTIVATE started at The Dudhope Multicultural Centre, also known as ‘The Ashram’. It has been running for over 20 years as a ‘unique cultural organisation that promotes all cultures from the perspective of people belonging to the ethnic minority communities of Scotland’. It was formerly Dudhope Arts Centre; a large school style building on the edge of Dudhope Park. It was where you ‘did your night classes’ until the 90s. My Grandad learned to paint there so I always thought of it as a place where people do great things. I knew the significance of it as it was embedded deeply into Dundee culture. I attended dance classes on a Saturday morning for a while in the late 80s and I remember the walk from the Hilltown through the park found us in nature. It felt like a special green space that seemed altogether nicer than the ‘bottom o’ the Hull’, although only a mile or so away.

The Centre is still about classes, community and creativity now, and on my return to the building last summer, ‘you are welcome’ was the first impression I got from Pratima and Ineta, the staff, and the members. By attending over a couple of months and dining outside in the sunshine, I realised why this has been a place for people to feel part of something for so long.

The beginnings of friendships and connections didn’t take long to flourish. Mabel is 96 years old, and although she is from Dundee, the Multicultural Centre has given her a social network and support since it opened. She joyfully proclaims that ‘they celebrated everything here’, and told me lots about Che Kung classes, Diwali celebrations and ‘Russian nights’ amongst other things that have provided her experiences that many Dundonian people wouldn’t have the opportunity of. There is true respect for the different cultures of the city from the people who gather there, and Mabel has been as much a part of the community as those whose roots are from further afield.

As we held an event there on the evening of 12 October, the echoes of creativity and community in the room were strong. The Bharatiya Ashram is the organisation that manages the Centre, and their mission is to ‘strive to bring people together’, so our event, Climate Justice & Diversity, was designed to compliment the CULTIVATE programme, showcase what great things can happen when different cultures and traditions work together and to discuss the achievements and challenges of those interested in or actively fighting climate injustice. Around long tables in the dining room we ate delicious homestyle vegetarian Indian food, prepared by Monira and the women who provide the meals for the weekly Saturday lunch club. The lights were low and we enjoyed classical Indian music performed on flute and sitar by Paul ‘Lefty’ Wright, who spoke about his connection to the local Indian music scene that came about because of that very space. His experience of the relationships he made as well as Mabel’s story was testament to the uniqueness of the centre and its success.

We found out from our first speaker, Anil, how the Centre started, and his words about his late father Jyoti Hazra MBE, who founded it ‘as a place where people could gather no matter their nationality, religion or background’, described how he was a key player as a voice for the growing ethnic minority communities of Dundee from the 80s until his passing last year, aged 91. Anil’s description of the centre as a place that provides a space for community and connection was a demonstration of the thorough work in inclusion and diversity his father dedicated his life to. Over his time in Dundee as a teacher and then the founder of the Multicultural Centre, Mr. Hazra’s presence in Council and national committees ensured that the needs of many communities were heard. He pioneered in EDI by persuading the Scottish Office to survey the needs of Ethnic Minorities in Scotland. As a person who arrived in Scotland from India with a young family, his ability to translate his experience into a vision and outcomes to support others can be regarded as the true essence of creativity. Anil listed some of the projects and services that were developed over the years, facilitated by his father, and his mother who was also dedicated to the cause.

That evening the ‘helping others’ part of the mission of the Centre was well described. Most recently, they provided support for the members who could not attend throughout the Covid-19 pandemic in the form of meal deliveries and checking up on them to combat the isolation felt by many.  One of the women active on this project is known as Nora, and she was one of the first people I had a conversation with at the centre. She is from Bangladesh and came to Dundee with her husband. She was his carer for many years, and he sadly passed away at the start of the Covid-19 pandemic. She told us of the value of the Centre and its community in providing her respite and how becoming involved in the community garden, and how growing the cucumber and marrow for the food that fed over 60 people a week, gave her purpose when she felt weak, new friends and somewhere to ‘be’. After our talks, Nora took a group of people around the garden by torchlight to show them the growing and talk about the next stages for the project.

Lately, community gardens have been making a real difference to those who may be feeling isolated or new to an area. They also aid food insecurity and educate a new generation in their relationship to food and its production. Gisela de la Espada, who is Argentinian and a Dundee resident for the past four years, told us about how managing the Victoria Gardens through Yusuf Youth Initiative has been essential, gratifying and sometimes emotional work. She and one of the garden volunteers, Abeer, who arrived in Dundee as a refugee from Iraq, described how getting outside with your ‘new family’ has been not only a lifeline in connection, but has brought opportunities in signposting to services and, new ideas and projects. Gisela has had to challenge the presumption that the garden is ‘only for those of Muslim faith’. Yusuf Youth Initiative does extensive work in the city in educating people about the faith to eradicate prejudice and stigma, and the work includes all people living in Dundee. Since connecting with the Multicultural Centre, there have been conversations between the two gardens about partnership working to serve each other.

We know that there are so many great things already happening in our city, but how can we make sure that they are accessible to as many beneficiaries as possible? This is a crucial question that we need to be asking at every level of engagement. Sabrina Logan of NEoN Digital Arts was our final speaker. The need to make accessibility a main pillar in our work as community and creative engagers was her message, and she offered the participants many examples of practical and strategic actions that can make sure that accessibility and EDI is evolving for the better in every area of work. Digital platforms, communication, events, policy building and accessibility strategies must be intentional, considered, and co-created with the people we are hoping to include. As someone who has worked for the Multicultural Centre and Amina Muslim Women’s Resource Centre, Sabrina has taken this experience into developing an involved accessibility and EDI programme into her role at NEoN, and is keen to share and develop true partnership working within Dundee in this field.

As the evening ran away from us, the strength in our collective inspiration was felt. We asked the participants to comment on a couple of questions to finish, and afterwards there were many of us still buzzing with chat. Offering food, an ear and some entertainment is the age-old way to engage, but I’m yet to find a better one. The Multicultural Centre is a local symbol of good practice in community development, and it must be used. The main hall has a theatre-worthy stage, sound and lighting system, is accessible to wheelchair users, and the potential of people holding workshops, classes and celebrations can help it to thrive again as we navigate this difficult stretch. After all—when there’s not much else, all we have is each other.

Join us at the next #CultivateTay Climate Justice event on the evening of Wed 9 Nov at The Little Green Cafe, Forfar. Find out more and book your place.

Click here to discover more about CULTIVATE and the second round of creative practitioner commissions. 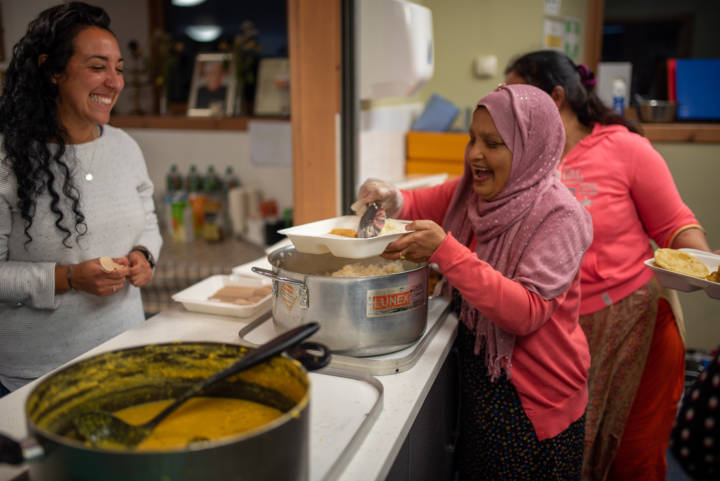 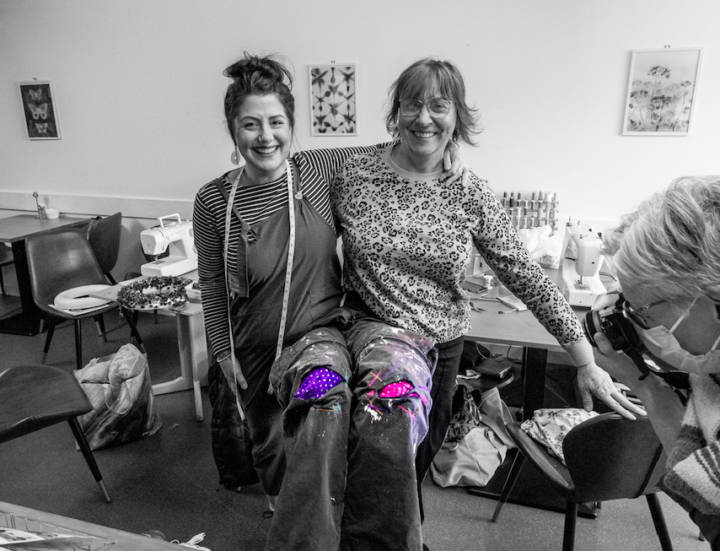 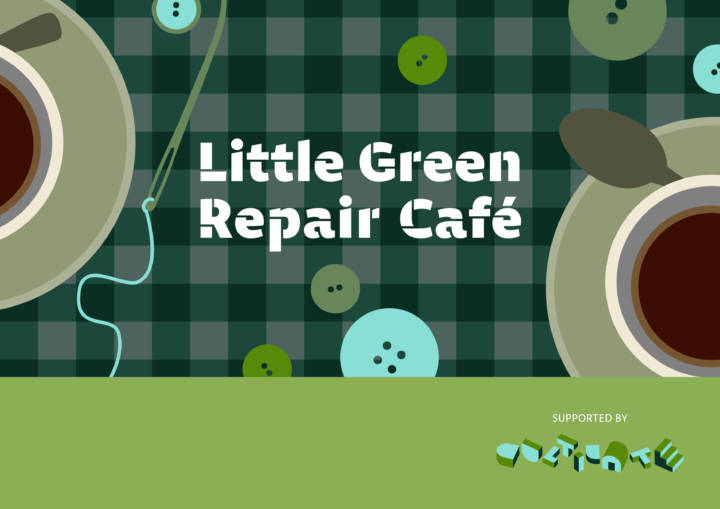