Tom Carlile – Inside the Studio 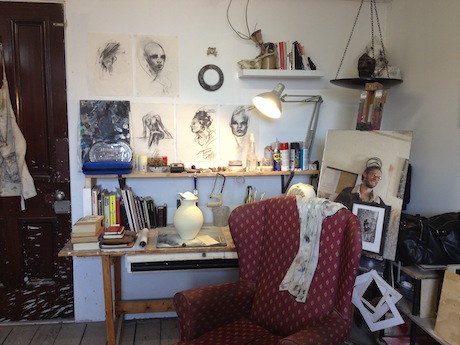 We caught up with fine artist, Tom Carlile who is one of Tin Roof Collective’s longest standing members and studio holders. Tom graduated from Duncan of Jordanstone College of Art and Design back in 2010, initially he thought he would have to move away from his home city of Dundee to find the suitable studio space he needed to pursue his career.

As he weighed up his future options, Tom continued developing his practice. Working from a small basement flat with no natural light he was forced away from his usual large scale work and adapted to working on smaller pieces and with photography in order to keep up his creative practice, but this was always far from ideal.

On hearing that a new collective space was starting up in Dundee Tom signed up, keen to work with like-minded recent graduates. The timing was ideal, and when a suitable space was found, Tin Roof Collective was born. Initially marking out the space he needed in chalk he then built his own studio space from scratch, right next to TR’s workshop – the studio as it stands today is impressive and full of interesting artefacts and treasures.

Tom’s current body of work has a clear thread running throughout – the human condition. His interest in the subject of anthropology have led him to explore the theory of the masters, such as Sigmund Freud; and also Robert Ardrey, who explored the human natural tendency to be territorial and believed violence and aggression were essential traits within humans.

Using Ardrey’s theories, Tom considered why classical Greek sculptures, which often depict heinous acts, often had such serene faces. The resulting sculptural piece, ‘The Territorial Imperative’, which reappropriates a familiar bust of Beethoven, switches corrosion and violence to the face, creating an impactful and surprisingly beautiful piece of work. 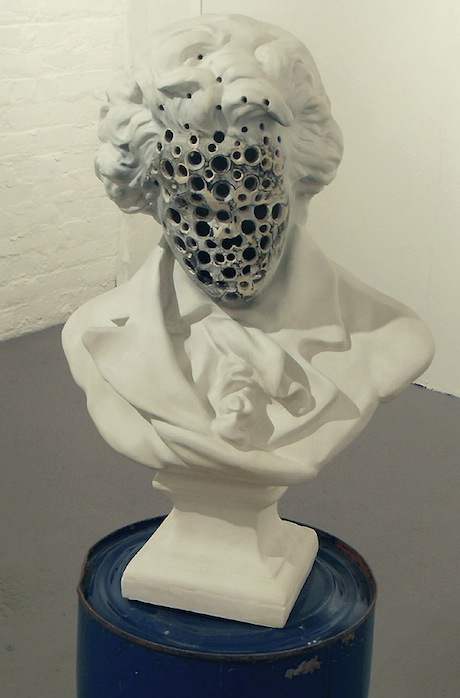 There’s a curious looking pot sitting on Tom’s desk, which is staring across at me. Although it has no eyes, the pot’s shifty expression and tilted cap means that, yes, it is watching me. Tom tells me that ‘Bam-Pot’ is more humorous departure from his usual work and has a special feature which we won’t give the game away about. Bam-Pot will feature in Catrin Jean’s second Crawl Inclusive – a performative tour through the city, (evening of 30th August). 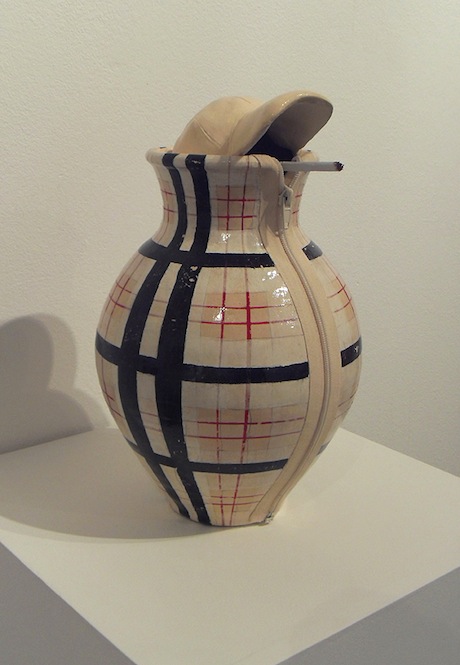 Tom is also working on a new body of work for a group show which is all about the human psyche. Focusing on Freudian themes, he’s exploring what constitutes us as human beings, why people are often dissatisfied with life and how the super-ego has manifested itself in today’s world.

The pieces that surround me in the studio are very tactile and his ability to work with different materials – wood, plaster, metals, and electrical components – seem really well resolved. Tom puts this down to using art school as the time to experiment with a variety of materials and learn different processes; and just thinking ‘I wonder if that would work?’. Although his work is mostly three-dimensional, Tom believes that it is important to keep a trained eye and maintains an underlying practice of drawing and printmaking; carefully studying proportions, form and shape this then inevitably feeds back into his finished sculptural works.

Following on from the success of his first solo show, Ghost Scripted, last year, Tom wants to push his work forward with more shows and more collaborative work with artists and arts collectives. As artists often work in very solitary environments, Tom is also keen to see more discourse by artists locally, through events which invite artists to see and constructively feedback on each other’s work.

Tom reckons that if he hadn’t found the space at Tin Roof Collective, then he wouldn’t still be in Dundee now. The excitement and opportunity of having a studio and access to workshop facilities has really driven him on. He knows that life after graduation isn’t easy, but says that, ‘It’s not an insurmountable mountain – it’s hard work and you can’t just sit back and wait for inspiration, you just have to keep doing. Never being entirely satisfied with my work drives me on to do better next time.’

You can find out more about Tom and his work by visiting: www.tomcarlile.co.uk 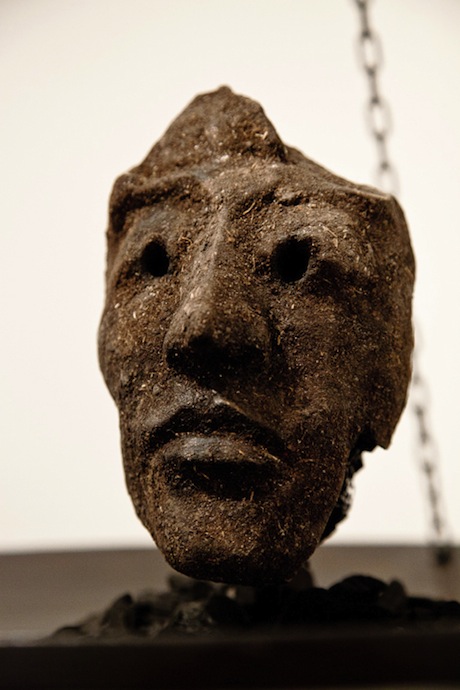