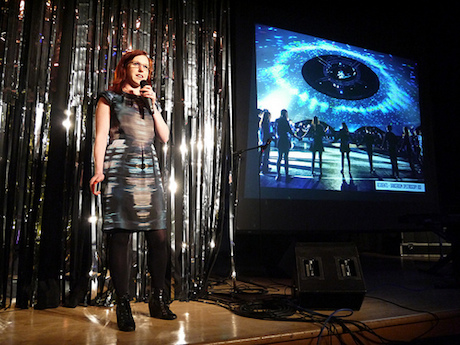 Verity McIntosh from the Pervasive Media Studio talks collaboration and playable cities at our open innovation event Stop, Collaborate and Celebrate, run in partnership with Cultural Enterprise Office. And yes, that shiny curtain is really real!

Verity McIntosh is the Studio Producer at the Watershed’s Pervasive Media Studio in Bristol and she works closely with a community of 100 studio residents, including artists and technologists. Verity leads on the Playable City Award which invites creative practitioners from all disciplines to respond to the concept of a city as a personable, playable and social space. Verity provided an insight into collaborative projects emerging from the Studio, including Danceroom Spectroscopy, Hack the Quartet and Hello Lamp Post.

Watershed are now calling for submissions for the Playable City Award 2014! Artists and creatives from around the world are invited to propose new ideas that will challenge the screen-based clichés of a smart city, and respond instead to cities as playable, open, and configurable spaces. The £30,000 award sits at the intersection of art, technology and culture, and applicants are encouraged to submit ideas that will use technology in an integrated and interesting way, injecting a sense of intrigue and meaning to public spaces. The winning idea will be publicly installed in Bristol in the UK later this year, with the potential to be toured to other cities around the world.

The call for applications will remain open until 17:00 BST on 11 April 2014 and a shortlist will be announced on 28 April 2014. For more info, visit: www.watershed.co.uk/playablecity and follow @playablecity 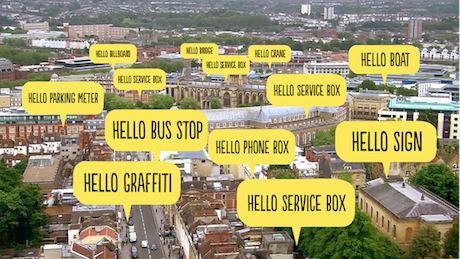