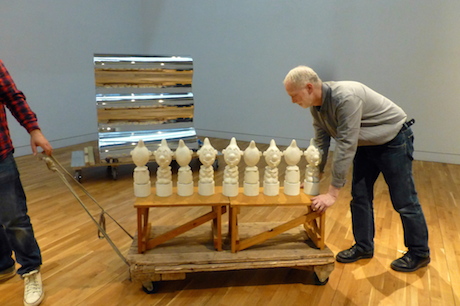 A selection of work by Eduardo Paolozzi, arguably one of the most inventive artists of the 20th Century, will be on display in a temporary exhibition at The McManus: Dundee’s Art Gallery and Museum.

This exhibition was created following repeated requests by regular visitors to see Paolozzi’s Ettso, a large scale sculpture that is held within the Dundee Collections and was a popular element of the permanent display prior to the redevelopment of The McManus. Central to this new display is the major work Jeepers Creepers which Paolozzi gave to the City in 1972. These two works are augmented by prints from the City of Dundee and the University of Dundee’s collections, thus bringing all Paolozzi’s works in Dundee collections together for the first time. 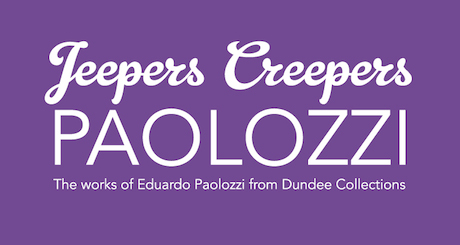 Paolozzi’s work spans a huge range of media and subject matter, driven by his insatiable curiosity and imagination. He developed a series of distinct styles in a range of media – ultimately becoming best known as a sculptor and printmaker. His early exposure to Surrealism was an enduring influence and his appropriation and reworking of found images and forms can be credited, in part, to their passion for collage. He had a fascination with science, technology and popular culture creating works were the antithesis of the calm, ordered minimalism that was prevalent in British art of the time.

Admission Free.
The exhibition will run from Saturday 13 September to Sunday 2 November 2014 at The McManus: Dundee’s Art Gallery and Museum. 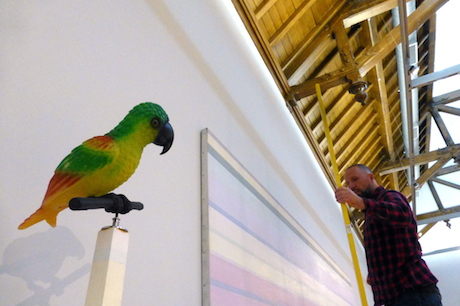