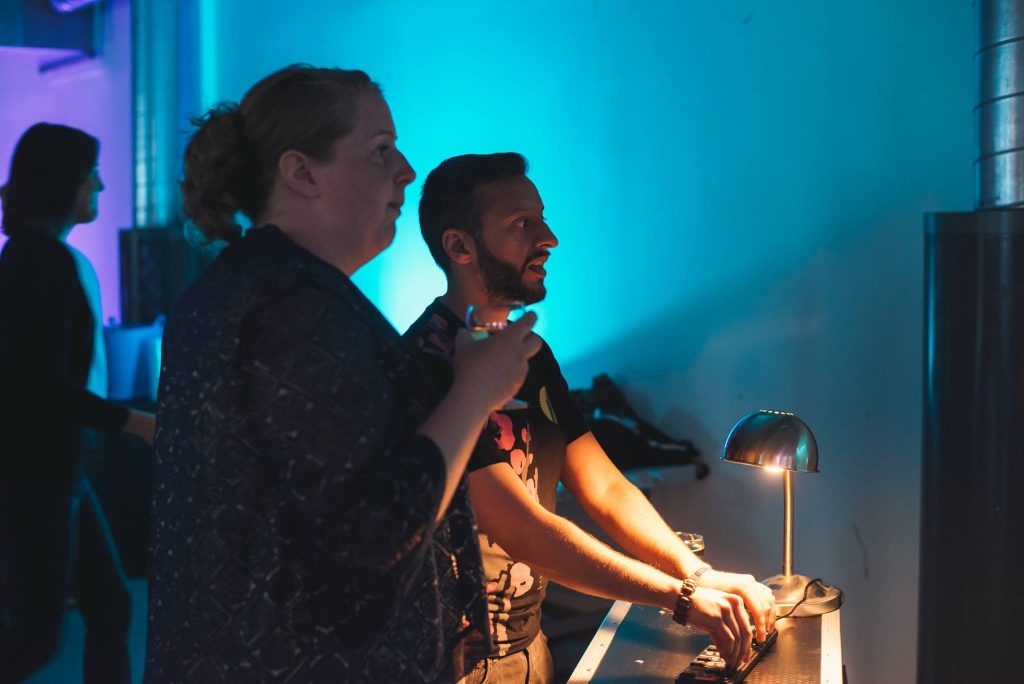 We were impressed by the innovation shown in applications, with creativity, originality and experimentation all in abundance across a wealth of exciting collaborations. After much deliberation we’re delighted to announce the six winners; congratulations to you all!

“Harnessing the power of gaming and infrared technology, Bright Side Studios would create a fully interactive environment for Janis Claxton and two of her dancers to explore. We will create an ethereal, mesmerising and unique shared experience utilising live depth data and reactive visuals.”

“We would like to develop a game work that documents the stories of Leith Theatre, from the memories people have of it to the concerts and performances that went on and the stories regarding the building itself. The work will be a two dimensional, interactive piece that will be browser-based thus developed for dissemination over the internet.”

“The planned prototype is a virtual reality application targeted at mobile phones, with the aim of showcasing innovative ways to present short films and moving image art in VR. The work will present an existing piece of moving image work in a new way specific to VR; inviting the viewer to step inside an alternate version of reality.” 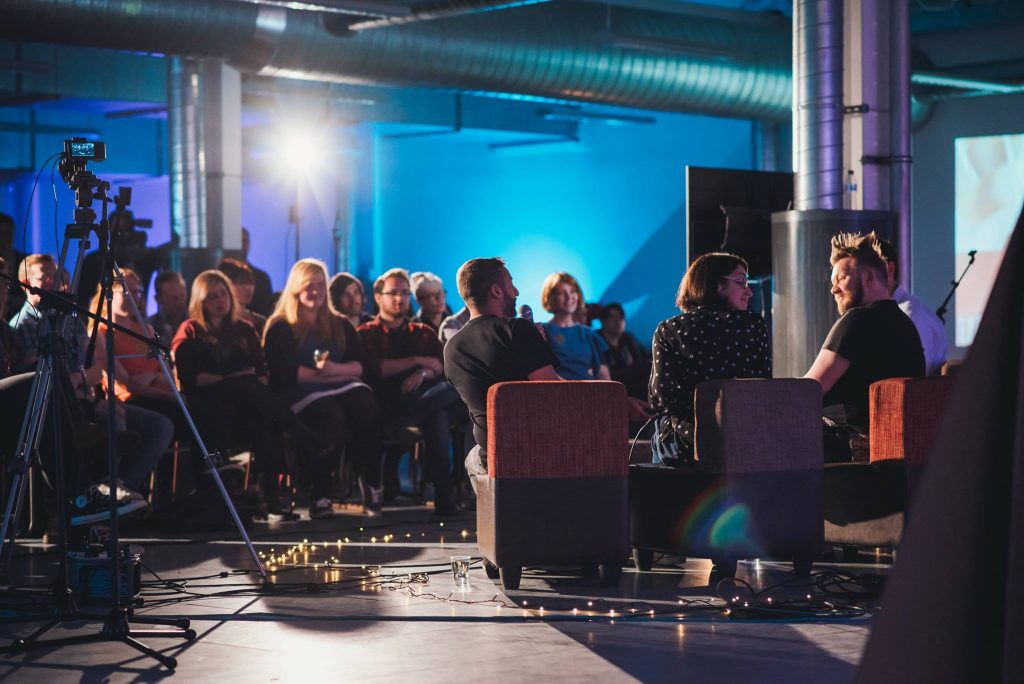 “To support the learning of pulse, rhythm, note matching, page scanning and other basic musical skills, we will create a fun Figurenotes app that you can use on a mobile tablet device to play a sequence of musical games. It will encourage the creative aspect of music right from the start, and can be used to engage the public as a way in to music.”

“We wish to undertake discussions exploring the possibility of digitally documenting outdoor, site-sensitive, contemporary dance promenade performance. The aim is to propose the means to reproduce any given performance piece, as a ‘ghost’ of the original performance, for later audiences to experience, crucially, on the original outdoor site.”

‘We are interested in exploring and testing “Game Over”, an interactive, survival horror performance experience. We wish to explore working with animation and projection mapping to explore building an immersive digital environment that can be controlled by online audiences in order to shock, confine, trap and terrify live audiences through a multi-sensory digital experience!”

Although there can only be six winners we wish to extend a huge thank you to all who entered. The Light Bytes project was initiated by Creative Scotland to contribute to building capacity in Scotland’s cultural organisations responding to the digital connecting theme set out in Creative Scotland’s 10 year plan.