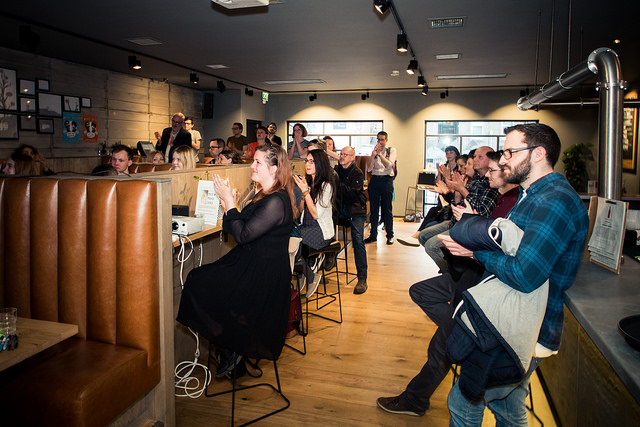 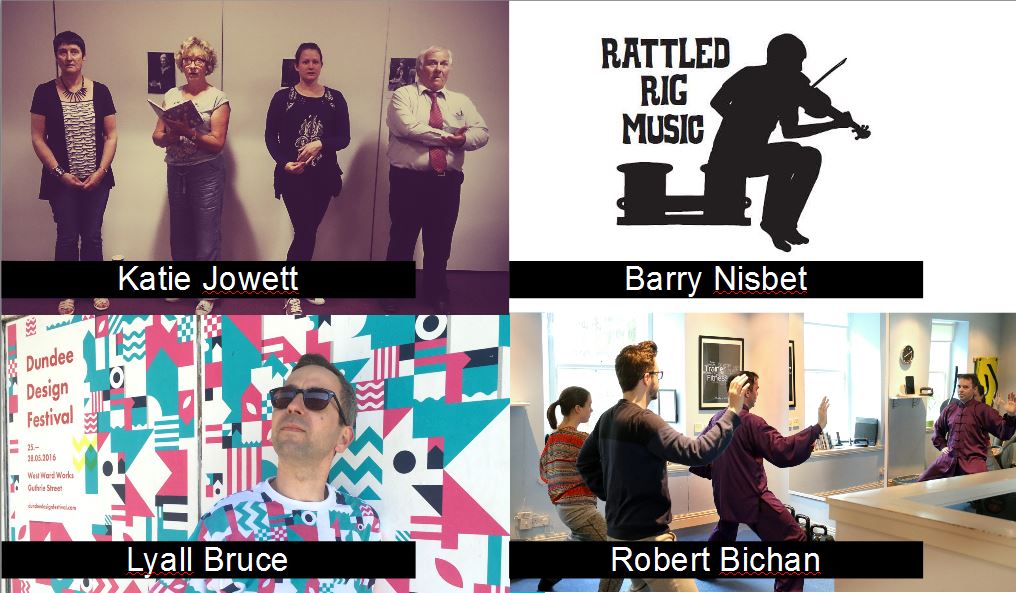 Short talks include the opportunity to show and demo your work. Just bring them along on the night – or share your upcoming events with the group, we’ll make sure to tweet about them. After the talks we have a short opportunity for any questions and discussion.

We’re also delighted to let you know that The Beer Kitchen is our official sponsor venue for Make/Share and supporting the event with a complementary 2/3 schooner.

You don’t need to sign up, just come along! Add this event to your Google calendar or Facebook.

*We have a break next month, there’s no Make/Share event in August.

Speakers this time include:

Katie is in her final year of her masters at the University of Glasgow, studying Theatre Studies. She is a local theatre practitioner and one of her most recent projects has been working on Eddie Small’s play The Four Marys. For the play she has produced an educational production pack and workshop to accompany the play and to be used in local schools. The pack explores the jute history of Dundee, the Verdant Works, the lives of the plays’ four Marys (Baxter, Slessor, Lily Walker and Brooksbank) and the process of making the play. Website: Katie Anne Jonesblog | Twitter: @K_Jowett

A graduate of Duncan of Jordanstone college, Robert is a qualified tai chi instructor, web developer and freelance photographer and filmmaker. He will talk about the process of creating a tai chi class and how the personal learning process in this martial art then lead to designing methods which could be used to teach others. Learn more about this beneficial group activity which, by virtue, counteracts the stress of modern living which can consume us. His talk includes demonstration and audience participation. Website: Tai Chi Dundee | Facebook: TaiChiInDundee | Twitter: @TaiChiDundee

Barry is a member of Dundee based band Wire and Wool, and also records and produces music at his home studio, Rattled Rig Music (this has included the music used for the Make/Share promo video). The music business is changing fast; for a band to reach the point of releasing an album, as Wire and Wool have just done, diverse skills are required beyond the arranging of the music – although the music is still what is most important. Website: Wire And Wool | Twitter: @RattledRig | Facebook: Rattled Rig Music & Wire And Wool

Lyall is a designer and illustrator, co-founder of Fleet collective. I will be talking about one of his most recent projects developing an identity for a new venue somewhere in Scotland. He will discuss the process of developing identities from a sketch through to completion, and be doing the talk using the design software he runs on his computer. Website: sooperdd | Twitter: @sooperdd

*If you’d like to talk about a project you’ve been working on at our future Make/Share events, just get in touch with Claire!

*We have a break next month, there’s no Make/Share event in August.