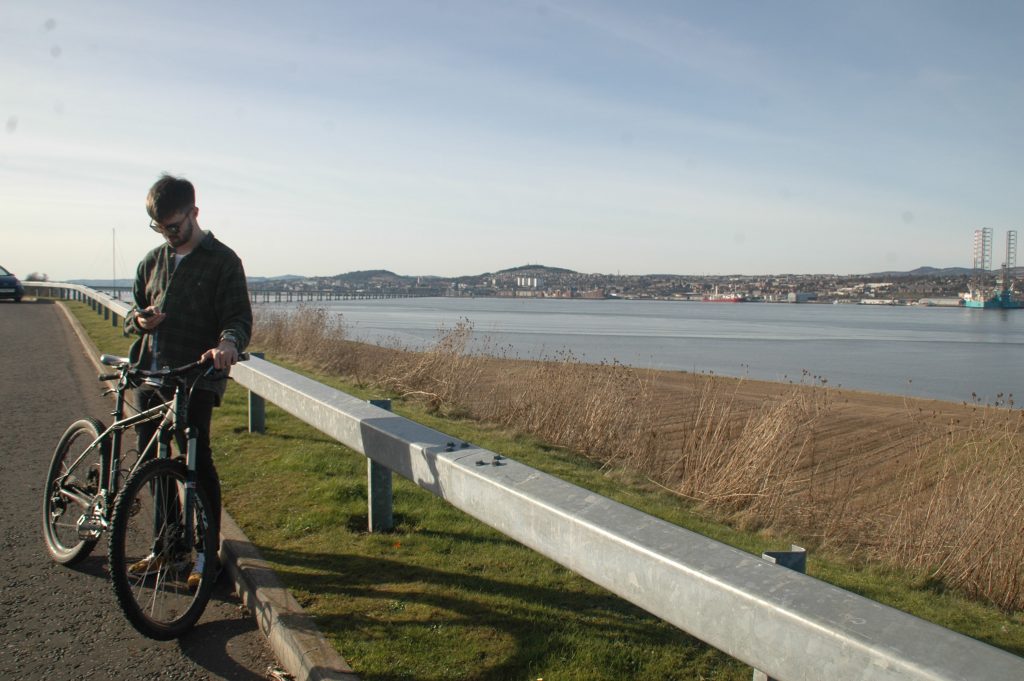 If you came along to Make/Share on 8 February, you will remember Jack Mitchell sharing his thoughts on how Dundee could evolve into a cycle city before demonstrating his prototype for an interactive signpost for cyclists. We caught up with Jack to learn more about his project.

As a product Design Student at University of Dundee‘s Duncan of Jordanstone College of Art and Design, Jack is keen to look at using design as a tool to improve people’s lives and thought about how the local cycling community could find out more about the city.

Starting with four ideas, Jack wanted to help solve the issue of raising awareness for the urban cyclist to improve their experiences. The prototype which he presented at Make/Share, Interactive Signposting, aims to raise awareness of cycling by providing warnings for cyclists, and engage with those interested in the activity by providing information and recommended routes to suit their needs.

The posts will allow cyclists to become part of their local community, generating a clear conversation around the issues of cycling with the use of an interactive Twitter account (@dundeecyclepost). 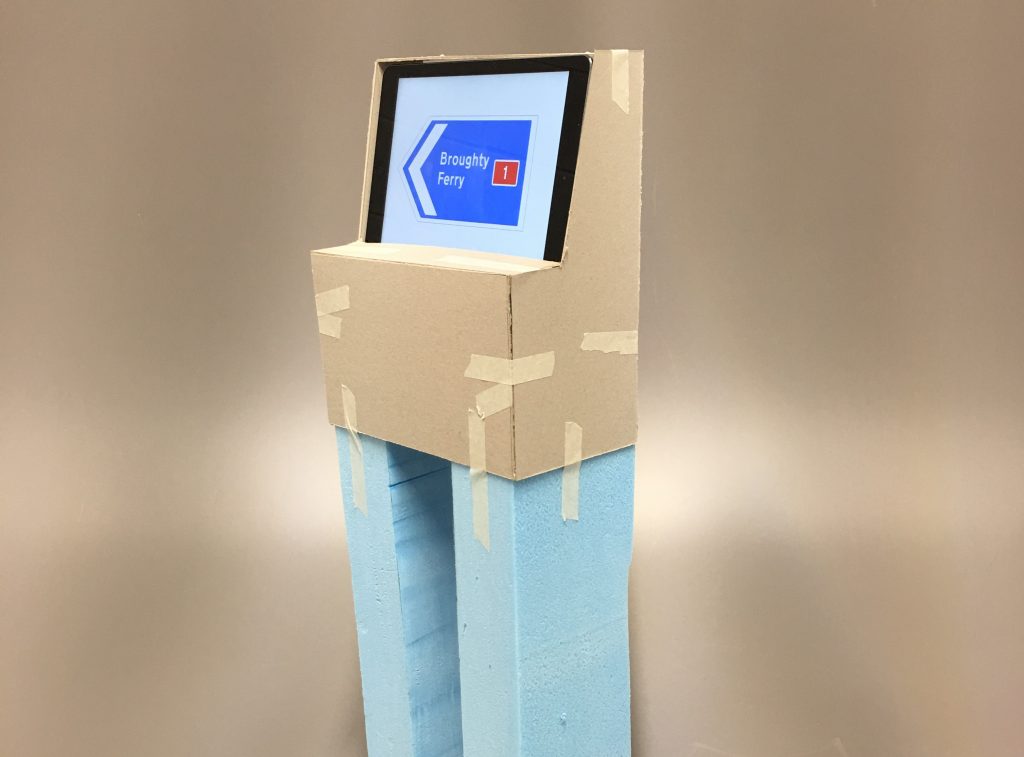 A prototype of the Interactive Signposting

Presenting at Make/Share, Jack was able to gain feedback on his idea to improve upon it in future. The response was positive, with many attendees appreciating the multi-functionality of the ideas and the fact that live updates via Twitter could support cyclists in their journey. Developing upon the evening, Jack is looking to understand how local authorities can develop a dialogue with underrepresented cyclists in the community.

A route that Jack is keen to explore is the opportunity to send  a cycling journey from the device straight to a user’s phone. He believes that cyclists and potential riders would find this feature particularly useful and allow users to find out more about the local area.

Speaking about his project, Jack said: “I am always inspired by the power of technology and how it can be used to improve the lives of everyday people. With this project I wanted to delve into how technology can be embedded into the environment and what that might mean for the people of Dundee. After working with and learning a lot from a group of cyclists in the city, I am working hard to make Dundee’s streets more inclusive for cyclists and give them a platform to make their voices heard.”

If you would like to find out more about Jack’s work, he is keen to meet with individuals to share his prototype and walk them through the experience of using them. If you are a cyclist or willing to start cycling in Dundee and would like to give feedback on his ideas over a coffee, please tweet Jack via @jthomasmitchell or get in touch via his website – jacktmitchell.com where you can also see his other projects and ideas.

Alternatively, if you can think of any specific issues in Dundee that threaten cyclists – maybe a wide street or a road with too many potholes – then tweet your concerns to @DundeeCyclePost!