Blair Boyle: Studying in a UNESCO City of Design 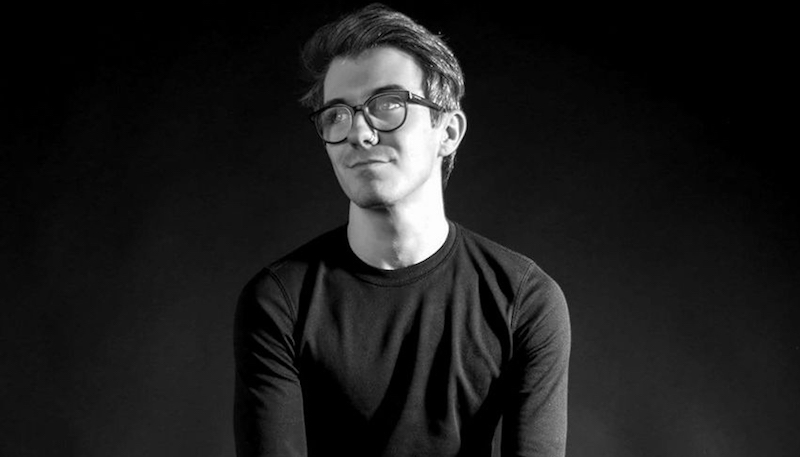 For our March interview, we caught up with Blair Boyle, a second year Interior and Environmental Design student who actively engages with Dundee’s creative community. We spoke to Blair about his involvement in facilitating of the 2017 Dundee Service Jam and his work as a National Youth Arts Advisor for Creative Scotland.

What made you interested in studying Interior and Environmental Design?

Originally I had wanted to study fashion design and accepted a place on the Art & Design General Foundation course at Duncan of Jordanstone to gain an introduction to design. At the end of the year I was recommended by the course leader to look at Interior and Environmental Design – something I hadn’t initially considered. After taking some time to think about my future career, I decided that it would be the right path for me to follow because I really enjoyed that element of the course.

The General Foundation course helped steer me in the right direction for my studies. Having originally wanted to study fashion, I was able to discover that I really enjoyed other elements of design which I wouldn’t have realised if it hadn’t studied the course.

I chose to study in Dundee over Edinburgh and London because I didn’t know much about the city and it felt like a wild card. It’s really paid off for me because the creative community are so supportive and I hope to remain based in Dundee after graduation.

Tell us about your involvement with Dundee Service Jam – what did you do?

I discovered Dundee Service Jam through Twitter with my friend, Anna. She and I got involved and pulled together a team who all worked on their own strengths. A lot of Interior and Environmental Design students across other years worked on it which was really great as I was able to connect with students at different levels of my course.

My role was helping to promote the Service Jam and facilitate it over the weekend. I also did some hosting during the Jam and I would be really keen to work on it again next year. I was also the International Coordinator so I was responsible for twinning up with other cities across the globe to connect with during the event. The interesting thing about that is everyone is working in their own time zone, for example you could Skype with a Jam in China who are just adding the finishing touches whilst you’re at the brainstorming process. 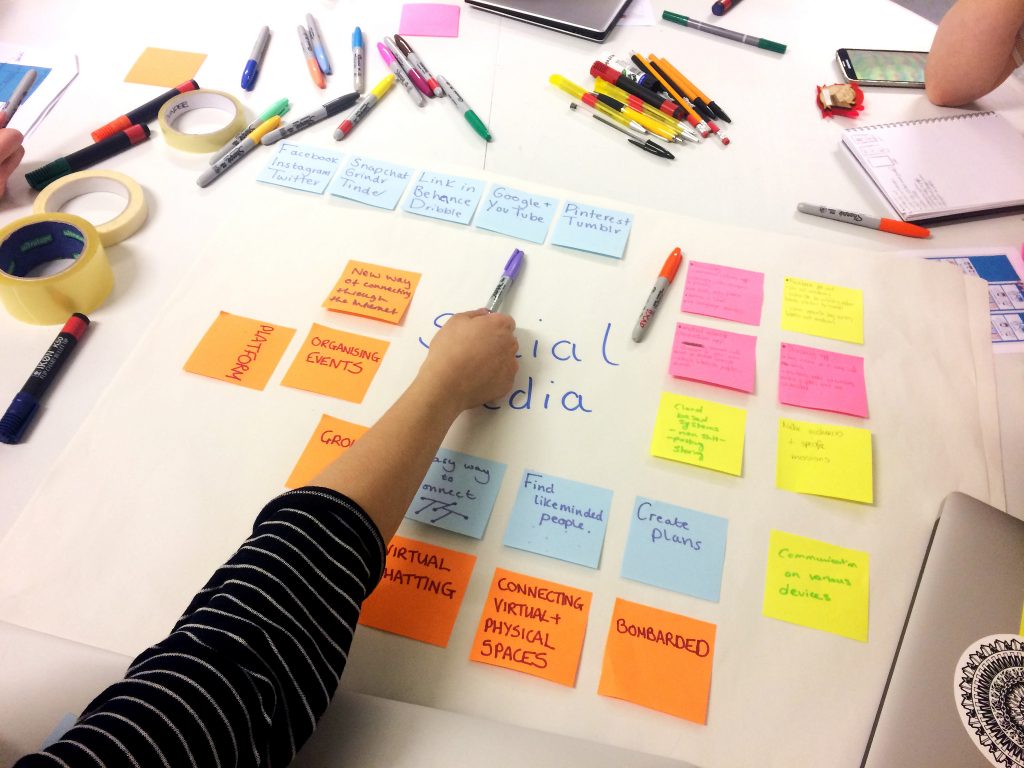 What is the objective of Dundee Service Jam?

My friend Linsey describes a jam as, “anything from 2 people sitting around a kitchen table to 100 people in a room all working on an idea.”

Dundee Service Jam combines both of these – you work as an individual and as part of a group – and all participants work on a brief which is revealed on the Friday evening, this year’s being ‘hello’. Interestingly, we connected with a Jam in Turkey and they had almost exactly the same idea as one of our groups which just shows how alike their personalities were. It’s really fascinating to see the variety of responses to a word which is used on a daily basis.

There was roughly 60 participants in the Dundee Jam so we split up into groups. Each group can use their own design process to tailor their way of working which makes collaboration unique. They are required to come up with a service – some groups made a product which would accompany a service – and are given free-reign over their collaboration, design process and outcomes. It’s entirely up to each group whether or not they take their ideas forward – everyone is encouraged to do so, but it depends on how confident they feel and how much time they can commit to it. You can read more about the Jam teams and ideas here.

My personal output was gaining experience in working on an event. It was great to go through this process, which was new to me, and I felt a sense of pride when it all came together.

Tell us about being a National Youth Arts Advisor for Creative Scotland.

In 2013 the Scottish Government launched Time To Shine – Scotland’s first national youth arts strategy, which is one of two in the world. This is focused on encouraging young people to engage more with arts and culture.

Time To Shine reaches 0-25 year olds so it was important to have young people at the heart of the decision making process. Creative Scotland, who are facilitating it, teamed up with Young Scot to launch an open call for young people to be National Youth Arts Advisors. I applied when I was 16 and I’m now one of the core members of the team. I’m involved in residential trips once a quarter with other advisors where we’re updated on the strategy and asked what we would like to see going forward. We’re also consulted on decisions surrounding the strategy.

In October last year, we delivered Your Time To Shine Unconvention to an audience of around 400 people. Myself and the other advisors were responsible for delivering the event which celebrated the work that’s gone into it since launching. There’s been great projects that have come out of Time To Shine including a fund, Time to Shine Nurturing Talent Fund available for 14-21 year olds which breaks down barriers to accessing and getting involved with arts across Scotland.

As someone within the age range, do you find it useful to be involved in this process?

Absolutely! I think it’s important to give young people a voice when the project is targeted towards them. It’s also boosted my confidence significantly and helped encourage me to pursue an arts based career. The great thing about Time To Shine is that it focuses on traditional and contemporary art forms, and explores what creativity and culture means to young people in Scotland. It’s really opened my eyes to a wide variety of arts and culture across the country.

There’s just been an open call announced for 14-21 year olds across Scotland to apply for the new round of National Youth Arts Advisors and I would highly recommend anyone who is interested to do it.

How do you engage with Dundee’s creative community?

I try to go to as many things as I can without letting my university work suffer. Where possible, I attend Pecha Kucha Nights and Make/Share and I’m always on the lookout for workshops around the city – particularly opportunities to learn new skills.

There is a lot happening in Dundee so I think it’s difficult to make it along to everything, but I believe it’s important to be aware of what’s happening locally and making connections at these events and workshops. It’s a ripple effect – when I go along I feel inspired to pursue my own passions and I want to learn more about what drives other people.

What advice would you give to students who want to get involved with Dundee’s creative sector?

Just jump in. It can be scary when you’re on the fringes of the creative community because Dundee’s network is so established but if you make the effort to connect with people, you’ll be welcomed right in. Try and get involved in something small to begin with and from that, you can build upon your skills and passions, meeting people along the way.