Blog: Kevin Black on Making Music & Not Starting on a ‘Blank Page’ 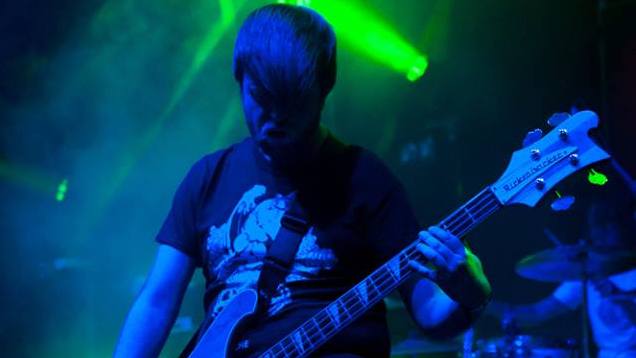 On our blog, we ask local creatives to write about their work, practice or issue they are passionate about. Kevin Black has lived in Dundee since 1997 and been involved in the local music scene, playing in various rock bands, such as Fat Goth, and with various other creative individuals. On this piece, he talks about making music for Rogue Aces and his overall process.

This blog will touch on my learnings over the years on how to approach creating music or at least making it as good as I possibly can. Essentially, I’ll try and share my findings on the song writing and music creation process and how I’ve learnt to come to my own way and interpretation of how to go about it, using the latest thing I worked on; the ‘Rogue Aces’ soundtrack, as an example.

When it comes to writing music – or almost anything for that matter – I’ve found the worst enemy to be the “empty page” so to speak. You may have an inspiration rattling around in your head but the actual act of getting started, then leading into the inevitable iteration process, can be a daunting one.

I try to never really have a blank slate in the first place by using an idea brought forward by my prior band-mates; constantly having an ‘audio sketchbook’ to work from. A backlog of sketches that can I can dig into at any time.

My prior band would initially spend hours in the practice space attempting to take what was ‘off-the-cuff’ inspiration into something that resembled a song, but not too rigidly… which I guess is a cliché sound of the ‘post-rock’ genre that we were aiming for.

The tiniest little idea of a drum beat or guitar noise could be taken and nurtured into something interesting that almost felt like it wasn’t really authored by any of us. This is  one way of approaching the process of writing a piece of music, although it requires a lot of time and constant reiteration of the song you’re working on. Like some kind of slow geological erosion in music form.

This later evolved into the idea of “riff chunks”, a single riff would be brought to the practice space and worked on by the band as a whole – which could drastically change the feel of the initial idea – and then backlogged as a musical ‘Lego brick’ to be used later. Maybe used as the main hook or inserted into an already existing work-in-progress song as required.

I’ve essentially stuck to this idea of making little sketches – single ideas, ‘Lego Bricks’ – ever since, but I never really go out of my way to create them. Instead I just play guitar, for fun. When I get a spare hour I’ll just play guitar but never actually trying to work out a known song. I play, and then I might just… get something.

I’ve read a quote from Dinosaur Jr guitarist J Masics, calling this approach “guitar fishing”. You just enjoy yourself, playing guitar recreationally until you catch a little something. An idea that might not be totally fleshed out, and so you then play around with it – add a note here, take away a note there – maybe change the rhythm up slightly. This kind of thing has been described as “air sculpting” by Mastodon guitarist Bill Kelliher, and that’s where I got that idea from. Don’t stray too far from the bit that your gut instinct told you was good, but maybe tweak it to make it even better.

These little Lego bricks of ideas are then recorded with a portable recording device, or even just an iPhone to create a backlog of recallable ideas. My current backlog numbers ideas in the hundreds going as far back as 12 years ago. Some are great, some are ok, some are throw-away but I don’t label or organise them as such, because when they’re eventually incorporated, their worth can be elevated in context with adjacent music.

When approached to create the music for the game ‘Rogue Aces’ I essentially looked through my backlog and found a selection of maybe 20 or so riff chunks that were all from the same period, so all written with a similar mind-set. It’s all very up-beat and metallic. I then compiled them into sections that worked together and edited the connections between the two. 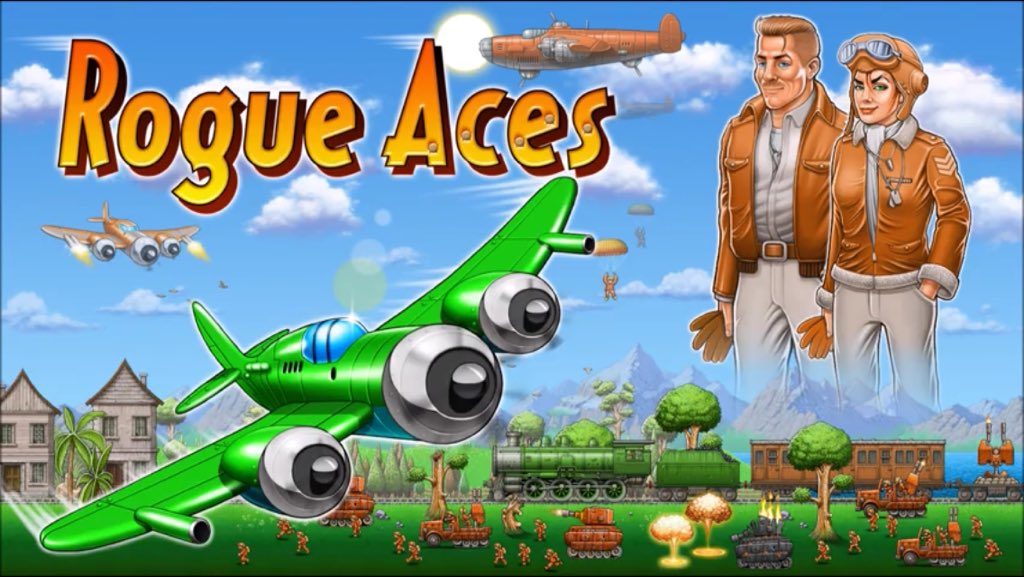 The remit for the soundtrack was to feature shorter, incidental pieces of music that would dynamically interchange as the player played the game. The style or tone of the music would change to match the on-screen action. This posed a problem – how to avoid each piece of music jarring too much with each other? As a result, I came up with the solution that DJ’s have been using for years, beat-matching! Everything in the Rogue Aces soundtrack is the same beats-per-minute tempo.

As the in-game music didn’t need a lot of structural work, I made the ‘main theme’ attract-loop music with the intent of it having a more listenable structure typical of a normal song. The verse and chorus were basically the newest things I had come up with, so were very fresh in my mind but the middle-eight section is one of the oldest thing I’ve ever documented. It was written in 2005 and never used but had been re-recorded for my backlog several times, and it just completely fit as a middle eight with the rest of the brand-new music I’d just come up with.

It’s strange that those pieces all fit together and, in my opinion, work well. It’s interesting that small ideas or inspirations can come just randomly and almost subconsciously and when they do, it’s worth trying to document it all even in a rudimentary form. I find that far easier rather than trying to force myself to have an idea or fabricate something.

You can find more blogs here, and while you’re at it, why not watch Kevin’s Pecha Kucha talk from a few years back?