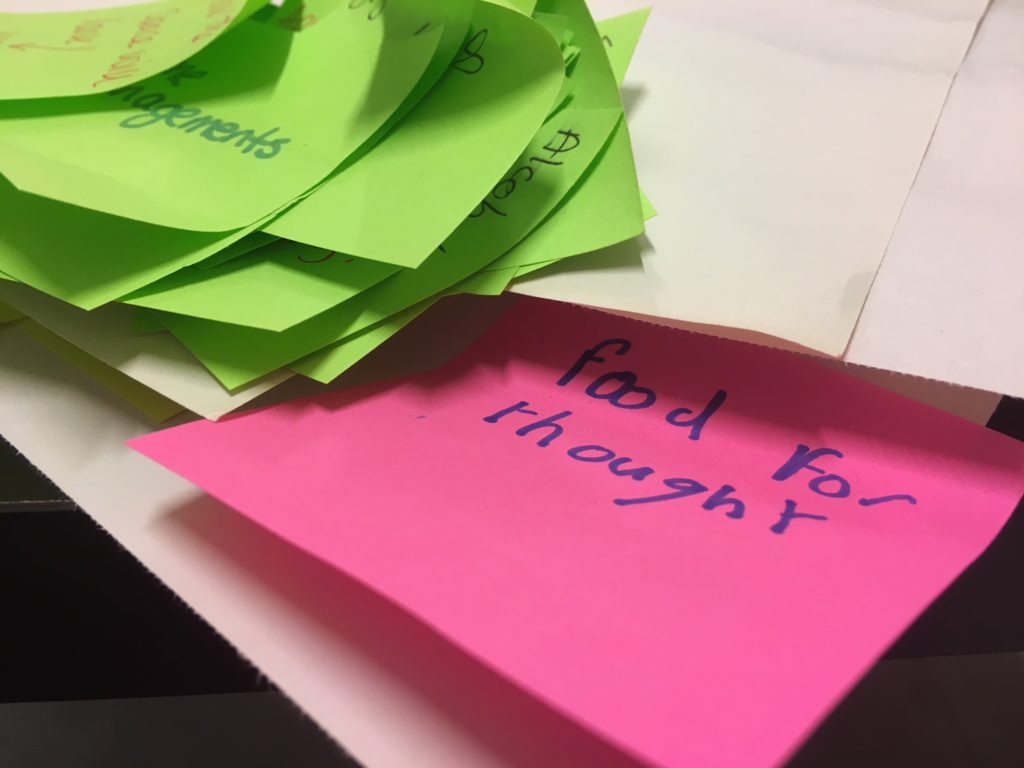 Pecha Kucha tickets run out fast! If you’d like to be the first to to get a notification when they’re out, you can become a part of Amps! Alternatively, you can sign up to our News Mail Out and receive news about tickets a wee while before the general public!

The Scottish Government has named 2018 as The Year of Young People, which will be marked by events around the country by, for and with anyone from the ages of 8-26. We usually have a Pecha Kucha Night in May, so we thought this would be the perfect opportunity, in partnership with Dundee Design Festival, to organise one that is co-led and curated by local young people.

We were keen for this to be a meaningful process, not just an activity so we can tick the ‘young person led’ box. So we decided to work with a couple of partners (Hot Chocolate Trust and V&A Young People Collective) and set up a handful of meetings with a group of interested young people from both organisations. The idea is that they’d have plenty of opportunities to input and design the event. As the creative relationship between us and the young people grows, the more this Pecha Kucha can be something that takes all of us beyond what we’ve done in the past.

Our hope is that young people can gain valuable experience and skills, while we can learn from their insight and wisdom into the biggest event in our calendar. We’ll be sharing blogs about our learning as we meet with young people, between now and Pecha Kucha on Wednesday May 23rd.

We met with nine young people (a mix of the two groups), with the aim of both introducing them to the concept of Pecha Kucha and also thinking through our dream line-up of speakers and topics for the event. After watching a few extracts of talks, each young person shared things they liked and didn’t like on individual post-its.

The most popular response was humour. Regardless of the topic, if someone was funny they could make people care about the subject. On the other hand, they struggled with talks where the speaker just assumed people would be interested in a topic and didn’t try to make it accessible. Things like tone and presentation skills were also picked up on as key when it comes to making a talk enjoyable or not.

Then it was time to decide what kinds of talks we wanted to hear. I had a assumed that the young people might want to have a young person-exclusive line-up (as we had imagined when drafting the event), but when I brought this up they were very keen on having lots of different ages represented. One young person said: “We need to learn from different ages. If we close out the event to them, like sometimes events are closed to us, no one gets anywhere.”

When we started this process, we could not help but to make certain assumptions about the outcome of some of the decisions. But the workshops were full of moments like this when young people took decisions with wisdom and thoughtfulness, that went against what we planned or expected. For instance, we had to decide whether it should be a dry bar event or not. When I raised the question, almost simultaneously, everyone in the room agreed that it should be dry. One of them said: “Even if we are strict with getting IDs at the bar, there will be too many people not drinking on the night. It’s like your uncle getting drunk on Christmas, it spoils it for everyone.”

As for the list of speakers, I don’t want to spoil it too much just now. But we arrived at it after discussing subjects they were interested in, or wanted to touch on due to certain work areas they aspire to go into. There were also five young people at the session who volunteered to do a talk themselves!

The topics include: art, environment, society, animals, games, glass-blowing, fears, internet, street art, marmite (yup) and a whole lot more. A few key people were mentioned by name too and suggested as possible speakers. We’re not sure we’ll be able to find speakers on all these topics, but who knows. So far, it’s paid off to not hold too tightly to any assumptions.

After the first workshop there are three more stops.

We’ll be putting blogs together for each of these meetings.  If you’d like to be notified when the tickets are available to buy, before the general public, you have a couple of options. You can join Amps and be given advance notice of the tickets, along with several other perks that come with it. You can also sign up for our News Mail Out, and receive an email about Pecha Kucha Vol.21 TAKEOVER before we make it available on social media. The tickets usually sell out fast, so don’t miss this opportunity!

We’re very thankful for the Whitehall Theatre for hosting Pecha Kucha in May, and to the Dundee Design Festival. Also, big thanks to Hot Chocolate Trust, V&A Young People Collective, Dundee Rep and Dundee Comics Creative Space. Keep an eye on our site for more info, and until then, please tell us if you know anyone who can do a talk on marmite!

Pecha Kucha Night Vol 21 is delivered by Creative Dundee in partnership with Dundee Design Festival as part of Scotland’s Year of Young People 2018.