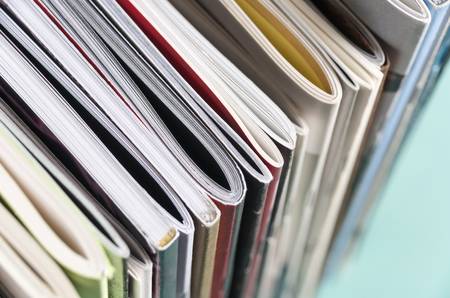 The zine; a mystery to those who are unfamiliar, a treasured item to those who are in the loop. Put simply, a zine is a low fidelity piece of self-publishing, created by anyone and everyone.

The word “zine” first popped into my life last summer, when watching a BBC documentary about Scotland’s post-punk successes such as Edwyn Collins’ Orange Juice, and Roddy Frame’s Aztec Camera. In the early 1980s, followers of young, ambitious bands used the zine as a paper forum, realised through photocopying and cut & paste, filled with photographs and gig reviews. Now, zines are made by many across the globe, on any topic you could imagine.

Following my initial interest in the underground piece of journalism, I was lucky enough to meet with the zinesters of Dundee, and hear their stories, in a bid to hand in a pile of rough, photocopied and shoddily stapled publications as my most important piece of academic writing – my dissertation, which can be read on issuu.

Kirsty McKeown is a Dundee-based artist and is a well-known name in the zine scene, having contributed to countless zines. Kirsty’s zines often incorporate her works of genius with collage, and can be inspired by anything from “broken umbrellas in town” to “cats on windows”. From A7 folded pages to A5 stapled booklets, the artist’s zines all charm, telling of “other peoples achievements” and showing “Spare Parts”. As well as her own zines, Kirsty told me of Satellite Zine, which orbited DJCAD, as well as Yuck ’n Yum.

Arguably one of Dundee’s most internationally recognised art zines, Yuck ’n Yum was created in the bedroom of Andrew MacLean in 2007 to showcase the art of his friends. Andrew was later joined by a collective of other artists and zine enthusiasts, including Alexandra Ross, Ben Robinson and Alex Tobin, who shared their stories with me on a hot sunny day in the DCA’s cool café. Many will fondly remember the various events hosted by the Yuck ’n Yum team – as well as producing a quarterly art zine in strict monochrome – including the Annual General Karaoke. Though the zine is no longer produced, a compendium was recently launched, accompanied by an exhibition overseas in Seattle!

Andrew MacLean’s work does not enter the zine world completely in monochrome, however. Riso Soup is a zine by Dundee Print Collective and is published by Andrew along with lover of all things print (particularly risograph printing), Katie Ravenscraig. Risograph printing is now an obsession of mine, having been introduced to its wonders through buying colourful Riso Soup zines and learning of the soy-based inks and recycled banana papers from a fascinating chat with Katie.

Immersing myself in Dundee’s zine culture included an evening of zine making fun and talking all things gaming at one of Paper Arcade zine’s Zine Jams. Held in BrewDog with an abundance of collage paper, scissors and glue, the Jams run by Sarah Burt and James Wood are always a treat and help create a real community around Paper Arcade and the contributors to it.

Inspired by the work of Dundee’s zinesters, I now make my own zines. My “35mm” series consists of shots of various locations across the UK on 35mm film, printed in monochrome hastily on DJCAD Library’s printers during busy times in the semester, and come with a cutting of film negatives. The “Fickle Fanzine” is my latest zine and was a brilliant collaboration between fans of a band called Fickle Friends. Using callouts on Instagram, Twitter and Facebook groups to spread the word on the zine, I received an overwhelming amount of submissions from even as far as Prague, to create a digital zine filled with art and poetry.

The biggest thing I’ve learned to appreciate around zines and print culture (among the wonderful community of zinesters and using zines as a currency) is the slowness and craft in making zines. I am a firm believer in taking time out to do things: I listen to vinyl records because you can’t do it out of convenience – you have to sit, take time out and listen. I shoot on film because you cannot point and shoot, and see results straight away – you have to take time to learn the craft of photography, then develop and scan your photos. In the same way, zines cannot be made quickly. The art of zine-making can be seen as not only a way of promoting your work, but also as a way to escape, relax and have creative freedom, and is why I encourage anyone to pick up a zine or to join the bustling zine community through creating their own zines.