Networking: Can it not be so horrible? 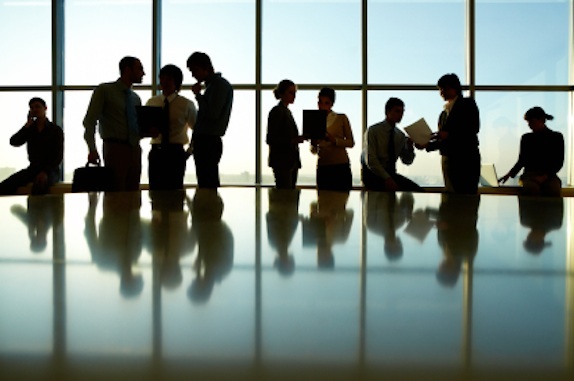 This is our regular blog feature in which we invite someone doing interesting things in Dundee to share their thoughts on any chosen theme! Erin Stevenson is this blog’s author, she is a character artist and animator working at Puny Astronaut on their first game, “Skye“. She is also one of Dundee’s Women in Games (WIGJ) Ambassadors.

I used to hate going to ‘professional’ events. It was horrible, I just wanted to curl up in a corner or go home. Everyone else at these things was so much more confident than I was, I felt like I had somehow snuck in.

I bet there are a lot of people reading this that can either relate or have heard this rant from a friend. You’re not alone, in fact, so many people feel the same way. It takes a lot of courage to talk to strangers after being told from a young age that it’s something you should definitely NOT do.

I’m now at a stage where I love going out networking with new people (I mean, I’m writing a blog post about it!), but that’s not to say it hasn’t been a bumpy journey getting here. It’s one of these skills that are super valuable in any career path, whether you realise it or not. Here are a few things that I’ve grown to understand about networking, and why I think everyone should get into it!

Networking comes in different shapes and sizes. You don’t have to look very far if you want to get into it right away. I consider networking to be anything from talking to specialists in your field about how they got there, to bouncing ideas off just about anyone. Some of my most valuable interactions have been 5-10 minute tangents with friends and family.

Why is it useful? Speaking to professionals can offer shortcuts in your field, where they might tell you something that you would have only found out after 5 hours of trawling through forums and slightly altering the wording of google searches. This could be something you were specifically looking out for, or maybe something you hadn’t even considered. There are so many ways that hours can be saved if you chat with someone with a bit more experience than you! Yes, there’s always the chance that you won’t stumble on any gems at all and find out they’re just doing exactly what you do, and that’s ok, in fact, it tells you that you’re on the right path which can really help put you at ease.

Friends and family might not be able to fill you in on the latest big thing in your field, but they can give something else really valuable – a new perspective. Sometimes we get so caught up in the little details that we can’t even see the bigger picture anymore. There have been so many occasions where I’ve spent hours on a doodle or animation just to have a friend tell me it looks nothing like what I thought. They are the consumer, or at least they may have a similar mindset to your intended audience; you can listen and learn from anyone!

More so than anything, it can really help with confidence! Talking to more people, whether it’s a friend of a friend or a stranger at a conference, is practice and it can help you become better and more assured in what you do. If you do it enough, it will be hard for it not to improve your work in some way, whether you notice it or not!

Do’s and don’ts. Put yourself out there as often as you can. Events can be great, and if you get the opportunity to talk somewhere (providing you’ve had plenty of notice) take it! Public speaking can be intimidating, but it’s probably one of the best ways to reach multiple people at once. You also get the opportunity to prepare what you want to say, so you’re much less likely to get a little flustered. Even if you mess up a word or forget that great joke you put in, always remember nobody has your script, so they don’t know what you didn’t say. As an added bonus, anyone you talk to afterwards knows what you’re all about, so you can get right to the meat of the conversation!

People probably won’t be as mean as you think they might. You look great and you do deserve to be there. Nobody is thinking otherwise so you don’t need to apologise for taking up 5 minutes of someone’s time.

Forget your assumptions. “Oh sorry, I didn’t think you would understand.” Or my favourite “Oh wow, you play games?”. As a woman in the video games industry, I’m unfortunately used to people making assumptions about me before I talk to them. I really can’t stress enough, that even if you do have a pre-conceived idea of someone, don’t make it known. Be open and just let the conversation take its natural course because even if it’s a “positive” comment, it can still have a negative impact on the conversation.

At the end of the day, you network all the time without realising it, it’s just a matter of taking an extra second to process information. Becoming more knowledgeable can feel pretty awesome, which is great for your confidence. Not only that, I’ve heard of employers looking for people who would be willing to go to events on behalf of the company, so at the very least you’re building skills for your CV! You already have all the resources to become an expert in networking, it’s just a matter of putting yourself out there, maybe failing a few times, but always learning, and eventually, it will just be second nature. Good luck (not that you need it)!