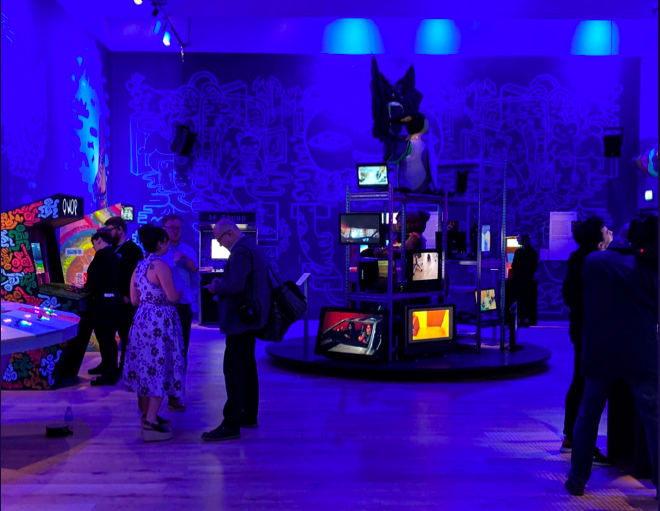 V&A Dundee’s second major exhibition, Videogames: Design/Play/Disrupt, celebrates the very best of international digital creativity with a series of new commissions and special events showcasing videogame design from Scotland and around the world.

The new exhibition is running from 20 April to 8 September. Tickets are available here.

Videogames: Design/Play/Disrupt is the first exhibition to fully consider the complexity of videogames as one of the most important design fields of our time. Today there are an estimated 2.2 billion people who play videogames worldwide, from commuters playing on mobile phones to eSports professionals watched by tens of thousands of spectators.

The exhibition focuses on videogames designed and developed since the mid-2000s when major technological advancements transformed the way games are designed, discussed and played. From multi-million-dollar blockbuster titles to smaller independent games and the work of DIY artists from a hacker/maker culture, the exhibition explores current international debates as well as the creative contributions made to game culture by the players themselves.

V&A Dundee is opening up the museum and inviting designers to celebrate the best of videogame design. The exhibition includes a major new commission from Glasgow-based illustrator Ursula Kam-Ling Cheng, who is creating a colourful and chaotic mural inspired by virtual worlds. Videogames designed by Abertay University lecturer Niall Moody (Hummingbird) and Abertay graduate Llaura McGee (If Found, Please Return by Dreamfeel) are showcased in the DIY arcade section. The games are housed in bespoke arcade cabinets designed by Edinburgh studio We Throw Switches.

Highlights of the exhibition include notebooks from the director of The Last of Us and original sketches from the designers of Bloodborne, alongside the digital prototypes that formed the foundation of Journey; games challenging issues of discrimination, identity and sexuality; a spectacular video wall showing how huge online communities create and play together, from Minecraft to Overwatch; and a ‘DIY arcade’ where a range of experimental games from around the world will be available to play.

V&A Dundee is also working with We Throw Switches to create a one-off Tay Late event on the evening of Saturday 18 May. The Tay Late will showcase the very latest Scottish and international design creativity with multiplayer party games and unique playable experiences.

To accompany the exhibition, the museum has commissioned a new videogame which is developed alongside the exhibition. Visitors are invited to try an early version of the game, Plaything, and help inform its final development at a free Family Design Day on Saturday 8 June. 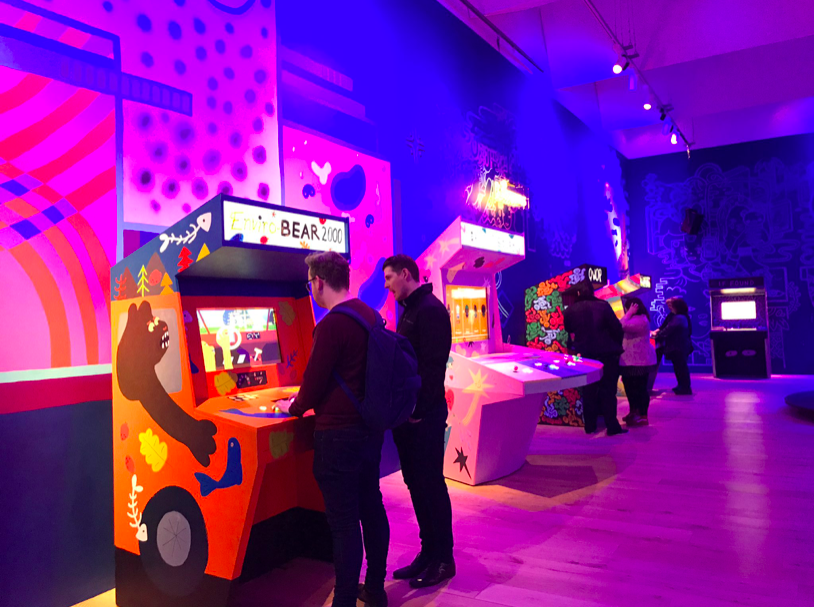 “Videogames: Design/Play/Disrupt seeks to open up the design and culture of contemporary game design and culture in radical new ways. It celebrates a period of time that has been defined by a democratisation of both the means to make and to play games.”

“It’s a time of new voices and new ideas that have pushed boundaries and challenged our perceptions of what videogames are and what they can be.”

“It’s both incredibly exciting and a real honour for this exhibition to be opening at V&A Dundee, in a city with such a legacy for groundbreaking videogame design. Whether you come as a local game designer, a seasoned player or are simply creatively curious then I hope you find something new, intriguing and unexpected.”

“I’m thrilled that If Found, Please Returnis going to be part of the Videogames: Design/Play/Disrupt exhibition, and for the public to see the passionate, fascinating and often strange side of videogames I know.

“If Found, Please Return, a game where you erase the diaries of an Irish woman to forget her memories, is the last thing you’d expect to find in a videogame arcade so it’s the perfect game to showcase the new forms of game culture happening around the world.

“Bringing If Found, Please Return to Dundee means a lot in particular as I spent many years studying and working here, and it’s where my career in game design began. It will also be one of the first times I’ve played a game of my own inside an arcade cabinet, so I can’t wait!”

“I’m delighted for Hummingbird to be included in theVideogames: Design/Play/Disrupt exhibition. It’s a real privilege to see my work included alongside the work of such a diverse, amazing collection of game designers.”

Dundee has a thriving videogame design community, centred around Abertay University which launched the world’s first degree in Computer Games Technology in the 1990s. Lemmings and Grand Theft Auto were both created in Dundee, while today the city produces the console versions of Minecraft at 4J Studios.