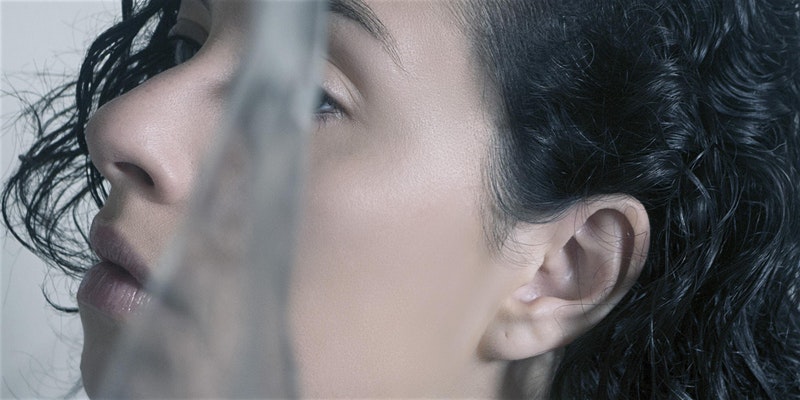 SHHE is the alter-ego of Scottish-Portuguese musician, artist, and producer Su Shaw. Her self-titled debut album tracks a period of intense personal change. The resulting record is a sparse, haunting and atmospheric journey of introspection and exploration of identity that demonstrates SHHE’s ability to capture movement, change and the light and darkness that haunt the human condition. As she puts it: “Each song on the album is questioning identity, but under guises and levels.”

Don’t miss SHHE in concert, playing songs from the new album, at Chaplaincy Centre Friday 24 January, 7:30pm. You can find tickets on Eventbrite.

The concert will count with special guest Kathryn Joseph, singer-songwriter whose debut album won the Scottish Album of the Year in 2015.