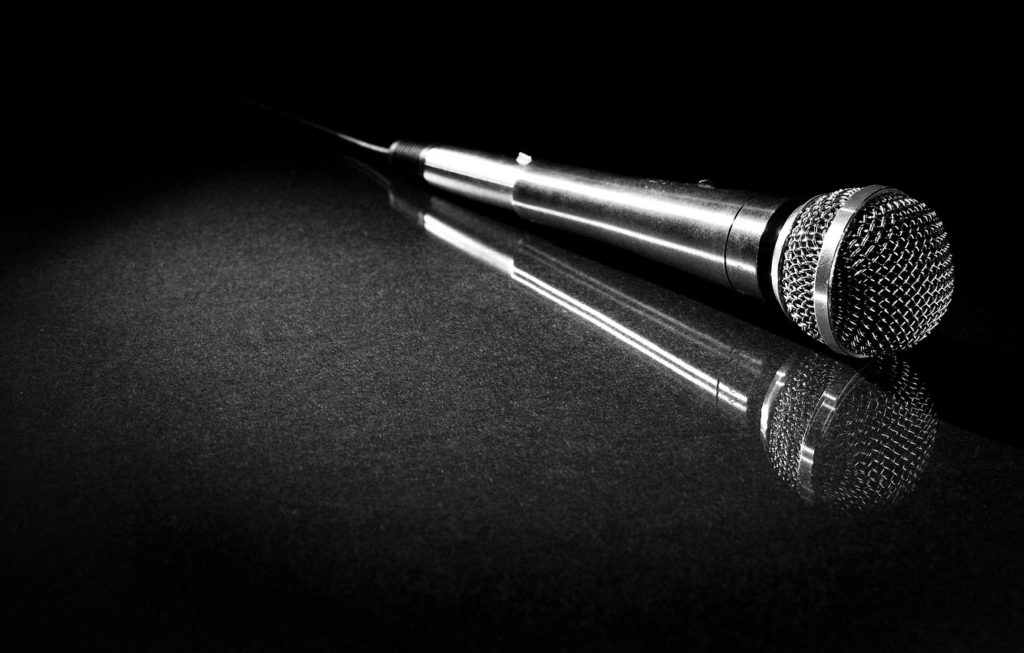 Our blog series regularly invites guests to share their thoughts on different aspects of life in Dundee, their own practice and anything in between. In this edition, Lynne Campbell writes about Impostor Syndrome. She performs Scottish folk songs, poetry, and stories. When she’s not doing that, the day job at Elevator UK keeps her busy helping creatives move forward with their businesses.

Most of the people I know make things. Theatre, music, comedy, jewelry, pottery, knitwear, visual art, and computer games to name a few. A huge number of them make these brilliant things for a living. They’ve chosen to make their own way, do their own thing, and live life on their own terms. I’m really lucky to be in the company of these folk; they’re the best people in the world to be around because they make everything brighter and more interesting.

To people who don’t make things, who haven’t made that choice to create something and put it out into the world, they think that everyone who does it must be tremendously confident in what they’re doing.

From first-hand experience… that isn’t always the case. I don’t know any creative person who doesn’t spend quite a lot of their time asking themselves and their friends what the flip they’re doing. I do it all the time. Self-doubt feels like it can sometimes be my default position. I’m confident in what I do with my own creative practice- singing Scottish folk music and blethering about its awesomeness through themed shows. I was lucky enough to be invited to do Creative Dundee’s Pecha Kucha Night in November last year, and my talk was on the bawdy side of Scottish folk music. I had a great time and people seemed to really enjoy it- but there’s still that nagging wee voice telling me I’m not good enough, despite people being very complimentary about what I do.

See even writing that? That thing about ‘despite people being very complimentary about what I do’? That feels hard. Because I’ve been trained from a young age not to shout to loudly about my achievements. It’s a Scottish thing, I’m sure. Burns seemed to have a handle on the whole impostor syndrome thing a couple of centuries before the phrase was coined, when he wrote:

“O wad some pow’r the giftie gie us

Paying attention to the positive other people see in us is a massive help to get over that whole unhelpful impostor syndrome thing, and having a like-minded community around us can be the best thing for a creative practitioner trying to make a living out of what we do. It can be quite hard to come by, though, if we’re just working solo.

So we tie ourselves in knots putting stuff out into the world and then we put it out there and it turns out we have to deal with the impostor syndrome thing and also run a business that for the most part, we didn’t really sign up for when we started making the thing we want to make. And most of us muddle through and do the business stuff grudgingly, to the best of our ability, which is mostly like chucking spaghetti at a wall and seeing what sticks. The results are random, a bit messy, and ultimately a confusing time for most people involved.

When I’m not doing the folky stuff, I help creative people by working with them on their businesses. The project I run helps sort through the spaghetti-like back-end business stuff, covering: business models, digital marketing, customer personas, storytelling, finances, strategy, confidence in presenting and pitching, and a whole lot of other things. But the thing about it is, it’s not a nuts-and-bolts business programme.  It’s a community of people in the same position with their creative businesses, with similar hopes for what they want to do, and fears, and quite often that same sense of ‘what am I doing’? It’s the support and connection between the people on the programme that make it as powerful as it is, and I love that I get to run it.

We’re about to move into our new home at the Creative Exchange in Perth, and it’s really exciting. Applications are now open for the Creative Accelerator, so if you’d like to know more, just drop me a wee email, or phone 07787 518 392 for a chat!