In this blog, two Amps supporters share how they used the Community Ideas Fund to bring their project, City Soundscapes, to life.

Rebecca Jones and Claire Gorman teamed up to pitch their idea at our annual Amps Forum, where the network comes together to vote on which project should receive the Community Ideas Fund—an annual fund that encourages Amps to collaborate on a project that will result in a positive social impact in Dundee. With 50% of all Amps subscriptions going towards the pot, it’s a fund that exists thanks to our growing community.

Find out how to apply for this year’s fund and apply by Sun 27 November!

City Soundscapes is a Dundee-wide sound trail that opens doors to new ways of listening to and engaging with the city’s sonic environment, encouraging people to make their own sounds and music in the place where they live. We put forward the idea at the Community Ideas Fund at last December’s Amps Forum, and were delighted and completely stunned to receive support from our fellow Amps to bring the project to life.

Our team consists of Rebecca, a visual artist and musician, and Claire, a community musician and composer. We connected through Amps earlier in the year, and began making sounds together using an approach known as ‘free improvisation’. Free improvisation is a music-making practice characterised by spontaneity and a complete absence of rules. Unlike other forms of music, which may require a knowledge of scale patterns or the ability to read music, free improvisation is all about:

There is no ‘right’ or ‘wrong’ in free improv: all sounds are welcome and mistakes simply aren’t possible. It can be by turns meditative, cathartic, transforming and uplifting. The music is always different, and as an approach to music-making, it can be incredibly liberating.

Our experiences playing in this way had such a positive impact on us and we wanted to explore ways of sharing it with others. The amazing thing about free improvisation is how accessible it is: literally anyone can take part regardless of ability, previous experience or background. There are so many misconceptions in our culture around who is ‘musical’ and who is not, but the truth is everyone is musical. Research shows again and again that creative sound-making is a basic human capacity and we’re all hard-wired for it. In devising our project, we wanted to find ways of drawing on free improvisation to create opportunities for music-making that were open and accessible to all.

As well as opening doors to free improvisation, we wanted to explore ways of connecting to place through listening and sound-making. Indigenous societies throughout the world connect to the natural world through sound: the Kaluli in Papua New Guinea improvise with the soundscape of the rainforest; the Sami express the essence of the lifeforms around them through sound; the Yolnu in Australia listen deeply to the rivers, animals and winds and “sing the actual land and the sea”. Similar practices would have happened here in the past too.

These practices reflect a worldview of connectedness and interdependence, and point to the potential role of music-making in bringing us into deeper relationship with the places where we live and the lifeforms around us. Amidst the current ecological crisis and the breakdown of local communities, we are curious about the role listening and sound-making might play in supporting a more reciprocal relationship with the earth and each other.

In putting these ideas together – opening doors to free improvisation and connecting to the environment through sound-making – we came up with the concept of City Soundscapes: a site-specific sound-trail and series of events to take place in Dundee throughout September 2022.

We created 300 ‘Field Kits’, which we distributed to cafes, libraries and galleries around the city for folks to collect and use at their leisure. Each Field Kit includes a map of site-specific sound games to be played at various locations around Dundee. In Seagull Song, for example, players are asked to Find some gulls / Listen to them / Echo their sounds on your voice or instrument / Follow the curve of a gull’s flight with your instrument or voice. Or in Wellgate Clock, players can visit the Wellgate clock at 12 noon to listen and join in with their voice or instrument.

Each Field Kit also includes a booklet of Warm Up Games designed to get folks exploring the parameters of sound and the expressive potential of sound-making. Players are invited to make the highest/lowest/softest/silliest/most boring sounds they can, and to play or sing the sounds of shapes, animals and their favourite flavour of crisps.

In addition to the Field Kits, we held two events where sound-makers could meet and play together. The first was a Launch Party at ScrapAntics’ Wellgate space. Folks were invited to experiment with sounds via various ‘activity stations’ around the room and to take part in a mini sound-making workshop. We gathered under the Wellgate Clock at 12 noon to jam along with the bells, and then went on to the Howff where we played the sounds of the day’s weather (light rain), and performed a piece dedicated to Grissel Jaffray. Lastly we visited the Whale Sculpture at the waterfront to make whale-inspired music.

The second event took place on the Law Hill. We met at the War Memorial and drew or wrote down all the sounds we could hear. We then went on a silent listening walk around the side of the hill, and finished by making Volcano Music (N.B. contrary to popular belief the Law is not an extinct volcano, it is made of lava flow from a distant volcano).

The whole City Soundscapes project has been one big experiment, and we’ve learned so much through bringing it to life. It was interesting to see which site-specific pieces worked better than others, to learn more about people’s comfort zones, and how we might make these types of activities even more accessible going forward.

The Field Kits have been popular with high uptake from collection points, and we’ve had great feedback from participants who have used the kits in their own time. We feel that even simply getting the ideas out there through the Field Kits – that everyone is musical and anything can be music – is such a positive outcome.

Both events brought together a group of lovely folks from diverse backgrounds to play and explore sounds together. You can see how much fun we had in the photos! It was a wonderful experience to be outside connecting with others and the environment through sound-making and listening, and we hope to facilitate similar events in the future.

Moving forward, we’d love to create a second edition of City Soundscapes where the site-specific games are created and submitted by the public, and more locations outwith the city centre are included.

Bringing City Soundscapes to life has been a fabulous journey for us both, and it wouldn’t have been possible without Amps and the Community Ideas Fund. Thank you Amps!

City Soundscapes Field Kits are available as digital downloads on our website.

The Community Ideas Fund is made possible thanks to our Amps network. Each year, 50% of everyone’s subscription helps fund an exciting new collaboration that benefits Dundee. New supporters are always welcome—join Amps and help make Dundee even better, and find out about how you can apply for this year’s fund.

More from our Amps network 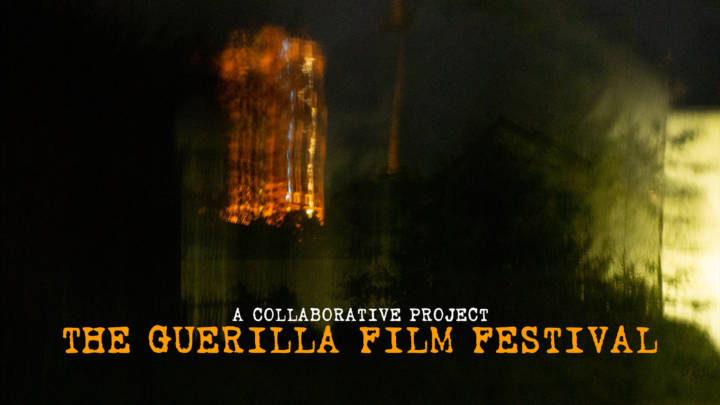 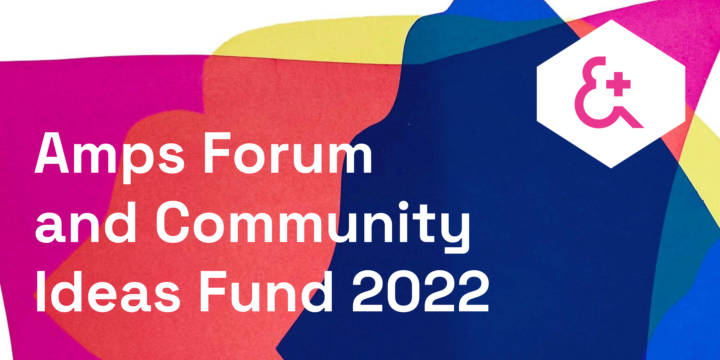 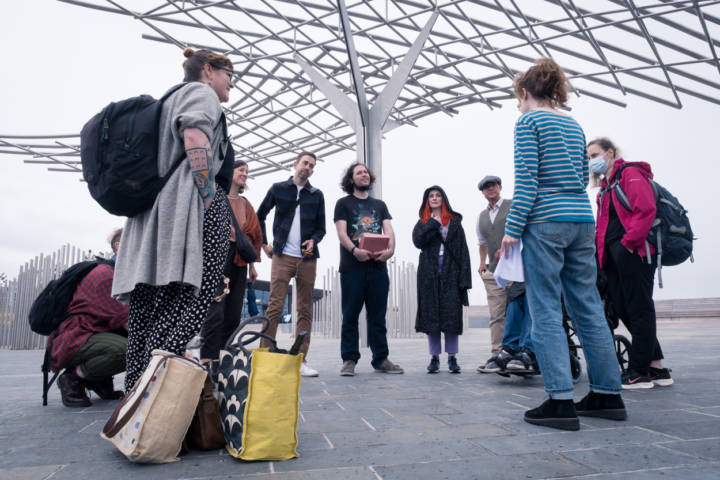